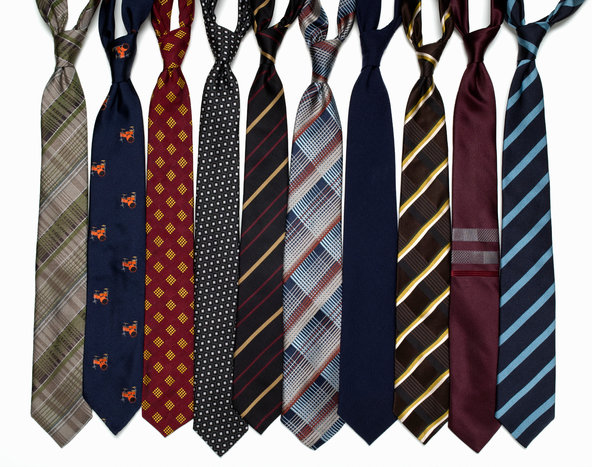 I carefully unwrapped the lilac-colored tissue paper as my patient watched, expectantly. Given its size and shape, I was pretty sure I knew what was in this package.

He was in his late 60s and had been coming to our cancer center for years – first for chemotherapy to treat his lymphoma, then for a bone marrow transplant when the chemotherapy didn’t work. Now, cured of his lymphoma, he was in our clinic for the myelodysplastic syndrome that our treatments had caused. His bruised fingers, a consequence of the low platelets resulting from his failed bone marrow, tapped his knees impatiently until I uncovered his present.

“A tie! I love it! What a beautiful pattern!” I exclaimed, holding it up against my shirt.

He beamed at me. “See? I know you, I know what you like!” he almost shouted.

“I’m touched. Thank you,” I told him. He was still grinning. He had just retired as a tailor, and this was his business – knowing men’s styles, and making them feel comfortable in their clothes. He had done well and it gave him pleasure, I suspect, to be able to help me.

Perhaps I’m in the minority of men, but I appreciate being given ties.

My kids get me ties for Father’s Day, clichéd as that may be. Their taste tends toward bright colors and animals, and I dutifully wear them to work, proudly displaying them to colleagues and patients alike, despite my wife’s entreaties to keep an extra, more subdued tie at the office that I could change into.

My dad, on the other hand, hated ties. He even declared, on the few occasions I ever actually saw him wear one, that he hoped the man who invented these objects of asphyxiation suffered mightily during his own lifetime.

Yet, when my dad died, it was his ties I turned to. After his funeral, I sat on the floor of his closet and sorted through his collection, some decades old, of varied patterns and widths, some still bearing the stains from hurried pasta dinners or cups of coffee. And during the weeks that followed, when I felt as if I roamed the earth unmoored in his absence, I wore his ties to give me strength, and bring me peace.

My patients often comment on my ties. I have one, I think intended for a lawyer, subtly patterned with tiny wolves in sheep’s clothing. When a patient notices the gag, I joke that it’s probably not what they were hoping for in an oncologist, and they laugh, breaking the tension in the room.

Ties can be conversation starters, allowing me and my patients to talk about mundanities, before we launch into the seriousness of cancer. Most patients compliment me on my ties. A few of my patients, all older and more formal in how they approach their doctors’ appointments, come dressed to the nines to my clinic, and I make sure to compliment them, too, as they clearly value appearances. But occasionally, someone will make a comment that is vituperative. One patient blurted, as soon as I walked into the clinic room:

“Whoa, doc, that tie is awful! Did you get dressed this morning with the lights off in your bedroom?”

I didn’t get upset. I’m not exactly considered a fashion maven, and style is subjective. I also knew, as did he, that his leukemia had returned, and suspected he was taking out his anger about the return of his cancer on the fabric of my tie.

Ties in medicine can be controversial. There is even a growing movement to ban ties, as they may be vehicles for transmission of germs in their casual draping across hospital beds and exam tables as we move from one patient to the next. Many pediatricians eschew ties for this reason – as well as to prevent themselves from choking, as infants and toddlers are prone to grab them during a clinic visit. This is less likely to occur with adult patients, although it did to me recently.

I was examining a woman in her 30s with leukemia who had suffered mightily at the hands of our chemotherapy, but had emerged in a remission and was feeling better. As I stood before her and reached to feel for lymph nodes in her neck, she similarly reached up to straighten my tie and tighten the knot. Our eyes met, and we both laughed, embarrassed.

“I’m sorry,” she said. “Your tie was off to the side. I need you looking right for me.”

Many patients have expectations of how professional their doctors should appear. If a tie helps build confidence as they face the uncertainty of cancer treatment, as wearing my dad’s ties helped me build confidence as I faced life without a father, then I’m happy to wear one.