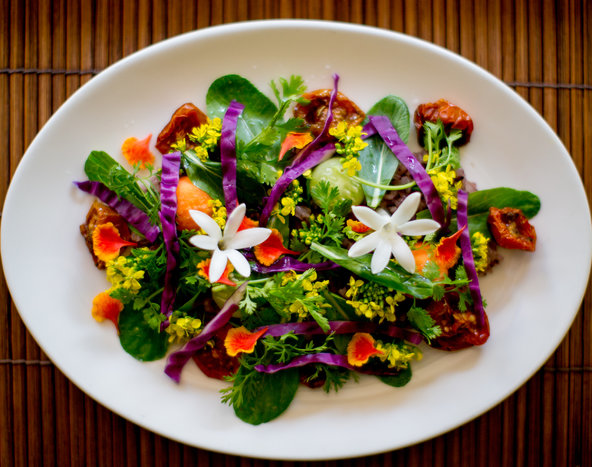 You don’t have to be a vegetarian to reap the benefits of a plant-based diet.

New research shows that eating a few extra servings of healthy plant-based foods each day and slightly reducing animal-based foods like meat and dairy products can significantly lower your risk of Type 2 diabetes.

The findings are based on an analysis of the eating patterns of 200,000 men and women from three long-term studies who reported on their diets repeatedly over the course of two decades, and were published this week in PLOS Medicine.

While self-reported dietary information can be flawed, extra steps were taken to confirm the data. Participants completed questionnaires every two to four years, and the nutrient intake information was compared to tests of blood biomarkers to make sure they matched up. The results were also adjusted, or modified, to account for other characteristics that contribute to Type 2 diabetes, like being overweight.

While most American adults are omnivores, eating from many different food sources, and few are vegetarian, the research suggests that simply reducing the amount of animal-based food you eat from five or six servings a day to about four servings a day can lower the incidence of Type 2 diabetes. When people make these changes in diet, they usually cut back on red meat and processed meats and substitute healthier plant-based foods, including protein-rich ones like nuts, seeds and legumes, said Frank Hu, the study’s senior author and a professor at Harvard’s T.H. Chan School of Public Health.

Good plant-based foods are known to be rich in fiber, antioxidants, good fats and a wide array of micronutrients, and have been shown to improve glucose metabolism and lower inflammatory markers. But scientists say they also help promote the good-for-you bacteria that live in your gut.

“When we ingest food, we’re feeding ourselves, but we’re also feeding the bacteria in our gut,” said Dr. Hu. “If you switch from an animal-based dietary pattern to a plant-based pattern, after a while – I don’t know how long it would take, a few weeks or months – the type of bacteria will also change.”

The bacteria in the gut use components of plant-based foods like fiber for their own survival and growth. These components are metabolized by the intestinal bacteria, and the end products are short-chain fatty acids, which have been shown to have beneficial effects on inflammation, insulin resistance and overall metabolism. They also may send a satiety signal to the brain, so people feel fuller.

When you eat refined carbohydrates and have less fiber in the diet, the healthy bacteria that metabolize fiber will be reduced, “so you won’t have the short-chain fatty acids that would have beneficial effects in your body,” Dr. Hu said.