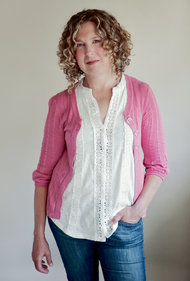 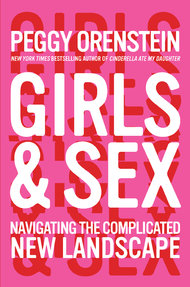 “Girls and Sex: Navigating the Complicated New Landscape” is a book for both young women and their parents — but primarily their parents — about what’s changed for girls with respect to sex. The author, Peggy Orenstein, looks at every aspect of that evolving world in the hope of helping girls learn to develop satisfying intimate relationships, and helping their families offer guidance.

Will this book help me talk to my son about sex?

So much of it is the same — boys need to know about consent and alcohol and how it affects your judgment, and both boys and girls need to learn what the sex educator Charis Denison talks about toward the end of the book, about making decisions that end in joy rather than regret.

All of this is trying to inculcate ideas about respect, ethics, reciprocity. I ended the book in a co-ed classroom because I wanted to see boys and girls working these things out together. At one point, they’re talking about the baseball metaphor for sex — first base, home run, all that — and one of the boys says, “I never thought about it before, but in baseball one of the teams is supposed to be the winner and one is supposed to be the loser. Who’s supposed to be the loser in sex?” And I just thought, bingo. He will walk into his sexual encounters seeing his partner as a partner, not as an adversary, and that’ s really meaningful.

How can I talk to my son about consent, and what do you think we’re missing in that conversation?

Boys need to learn about the differences between consent and coercion and assault and particularly, I think, about these issues with respect to oral sex. So much of what kids are doing is not intercourse, it’s oral sex, and when we ignore that, we set up a situation in which they think that’s not sex and since it’s not sex it’s not subject to the same rules about consent and reciprocity and respect. Boys need to know that it’s not O.K. to push in oral sex either.

Do you have any suggestions for resources for boys?

I’m on the lookout. I love that TED talk by Tony Porter, “A Call to Men,” on how falling for our culture’s idea of “manly” can lead boys toward disrespect and violence. And I really like Al Vernacchio’s TED talk, too, “Sex Needs a New Metaphor.” That’s the one about talking about sex as a pizza instead of a game of baseball, which has only one set of goals and one winner. Sex is supposed to be an experience you share, and maybe there’s a negotiation process about what you both want.

I have this illusion that my middle-school aged daughter isn’t hearing much about sex at school yet. What might I be missing?

It’s a time to start talking about images of women in the culture and about the idea of what’s “hot” and how that’s sold to girls. If they’re on social media they’re going to start being pressured to present themselves in a certain way. Every girl knows you get more likes with a picture in a bikini than in a parka.

It’s also really important to start talking about sexting. Girls are twice as likely to be coerced into sexting as boys, and interestingly, being coerced into sexting seems to cause more anxiety than being coerced into real sex. Boys will just badger and badger and badger by text, where it’s easier to say things like this, until girls give in and send the picture. Which makes this a good time to talk about assertiveness versus aggressiveness versus passiveness. I heard over and over again that girls just “don’t want to hurt a boy’s feelings.” They just can’t be rude. They need to know when it’s O.K. to just say, “knock it off.”

Kids at that age also need to hear that what they’re going through — puberty — so much of it is the same for everyone, boys and girls. Everybody gets hair in new places. Everybody’s genitals get bigger. Everyone starts to stink.

If I find it hard to talk to my children about sex, any ideas?

All of us need help with that. Try to think about talking to your kids about sex as an opportunity, rather than looking at it as something scary. It’s a chance to create a closer relationship. And if they ask something and you’re not ready, it’s O.K. to say so. You can say, that’s a good question, let’s talk about it after we’re done with dinner, or let’s look it up together, or let me think about it and get back to you.