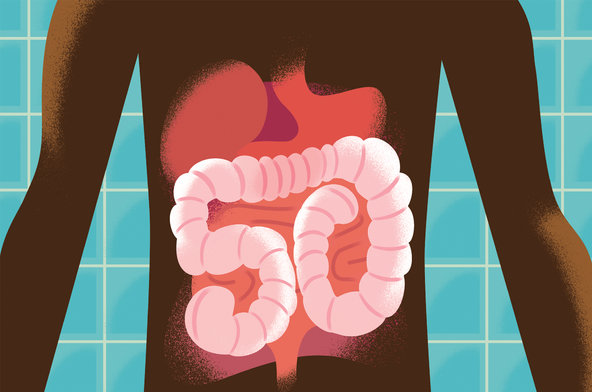 As an alumna of Cornell who had been thrilled by the selection of the university’s first female president, Elizabeth Garrett, last fall, I was deeply pained to learn of her untimely deathfrom colon cancer at age 52 last month. May it be a teachable moment that could save many from a disease that will be diagnosed in an estimated 134,000 people and claim 49,000 lives in the United States this year.

Although colorectal cancer is the third most common cancer, it is the second leading cause of cancer deaths, after lung cancer. Detection guidelines call for screening to begin at 50 for most people, but colon cancer is now increasing in people under 50, and everyone should be aware of the risks and early warning signs.

While the circumstances that led to President Garrett’s diagnosis have not been publicly revealed, I do know that colon cancer can nearly always be prevented through detection and removal of its precursor lesions, commonly called adenomas or adenomatous polyps. I also know that it can most often be cured if one of several screening tests leads to early detection, before the cancer has spread beyond its point of origin.

Currently, a joint effort of the American Cancer Society and the Centers for Disease Control and Prevention is trying to make these screening methods available to the 40 percent of Americans who have yet to be tested. The goal of this National Colorectal Cancer Roundtable, as it is called, is to get 80 percent of Americans screened for colorectal cancer by 2018.

More than 690 organizations have joined the effort to remove barriers to screening that can include cost, transportation and resistance to what most people view as an unpleasant experience. Colonoscopy, the gold standard for detecting cancer and removing precancerous polyps, has the dubious distinction of being the least pleasant of all the available screening tests. But the other options, which involve collecting a sample of one’s stool for detection of possible cancer, are no one’s favorites either.

I’ve done both — in fact, I’ve had three colonoscopies, at ages 50, 60 and 70. The test itself is done under mild sedation, and I’ve never felt any pain, only slight pressure, while being scoped.

It’s the preparation for a colonoscopy — the need to clean out the contents of the colon to make its lining clearly visible — that I and many others find most taxing. The prep is not a walk in the park, but then again, neither is cancer.

The fact remains that being screened for colon cancer can save your life. Since 1975, death rates from colorectal cancer have dropped significantly and screening is responsible for slightly more than half that decline, the cancer society reports. The decline in deaths has accelerated in the last decade, dropping nearly 3 percent a year. This is primarily attributed to more people getting colonoscopies at appropriate ages.

For most people without a family history or symptoms, colonoscopy is generally recommended starting at age 50, then every 10 years if nothing untoward is found.

One adult in 20 in this country will develop colon cancer sooner or later, 85 percent of them after age 50. Among the remaining 15 percent whose cancers develop before 50, many have a family history of cancer that suggests it may be wise to start screening at 40. (There remain a heart-rending few in whom this cancer develops at an especially early age, say, at age 20 or 30, in people who had no indication that they needed to be screened.)

In the March 17 issue of The New England Journal of Medicine, Dr. Williamson B. Strum, a gastroenterologist at the Scripps Clinic Medical Group in La Jolla, Calif., points out between 20 percent and 50 percent of the American population has adenomas of the colon, the benign growths from which most colorectal cancers arise.

Screening with a traditional colonoscopy can find these growths and, at the same time, the doctor can remove them and head off a possible cancer.

A newer technique called computed tomographic colonography, or virtual colonoscopy, uses a CT scan instead of a scope to pick up these lesions. It, too, requires cleaning out the colon before the scan. And if polyps are detected, a traditional colonoscopy is needed to remove them.

The other tests that check the stool for signs of cancer are less invasive, safer and easier to do, but they are also less definitive and less likely to detect signs of hazardous polyps before a cancer arises in them. They involve stool samples enclosed in kits that are sent to a lab for analysis. If the test result is positive, a follow-up colonoscopy is then needed to find the reason.

One, called the guaiac-based fecal occult blood test, is based on a chemical reaction that can find hidden blood in the stool. Before doing the test, certain foods and drugs must be avoided. If blood is found, it could come from a source other than a colon cancer, like ulcers, hemorrhoids or diverticulitis, so a colonoscopy would then be needed.

Another option, the fecal immunological test, involves fewer pretest conditions but may require collecting stool samples from more than one bowel movement. A third, the stool DNA test, looks for telltale genetic material (mutations from a cancer or precancerous polyp) in the stool. The test currently available, Cologuard, also checks for blood in the stool and may prove to be the most effective of these noninvasive tests, Dr. Strum said.

Traditional colonoscopy is unequivocally best at finding cancer and precancer, but the best screening test is one that you will do as often as is recommended. So the message here is doing something is always better than doing nothing to avoid death from colon cancer.

Equally important is attending to known risk factors — and preventives — for colon cancer. Age is one: The prevalence of potentially dangerous polyps rises sharply after age 50, studies of tens of thousands of people have shown. However, colorectal cancer is now rising among people in their 40s, prompting Dr. Strum to suggest a thorough evaluation of any suspicious symptoms among people younger than 50.

Other known risk factors are smoking, excessive alcohol consumption, obesity and a diet rich in red meat. Protective factors include eating lots of fruits and vegetables, getting regular physical exercise, using menopausal hormone-replacement therapy, and taking a nonsteroidal anti-inflammatory drug (NSAID) at least twice a week for a year or longer. Drinking coffee, too, has been linked to a reduced risk — 54 percent lower among those who consume two-and-a-half cups a day or more.

Most promising, Dr. Strum wrote, is daily use of a baby aspirin (81 milligrams) for 10 or more years, which also helps protect against cardiovascular disease. However, the benefit of any NSAID must be balanced against an increased risk of gastrointestinal bleeding, he cautioned.