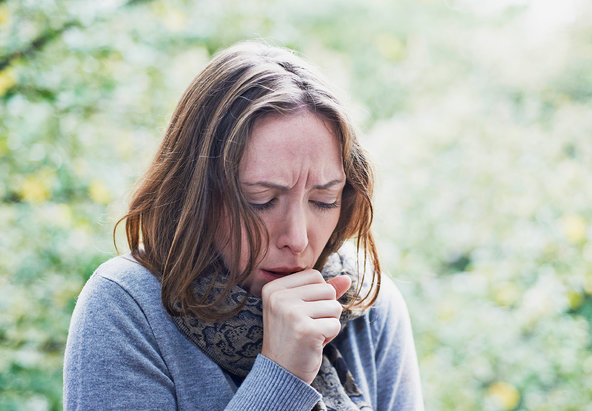 Whooping cough, a potentially life-threatening childhood illness, all but disappeared in the 1940s after a vaccine was developed. Why is it making a comeback now, when most children are vaccinated?

In recent years, there have been several outbreaks reaching numbers not seen since the 1950s. A spike in 2012 sickened 48,277 Americans, and 20 died, most of them infants. There were 13 deaths in 2013 and again in 2014, the last year for which statistics are available.

The respiratory illness induces such powerful, uncontrollable fits of coughing — the medical term is paroxysmal coughing — that older patients may break a rib or burst capillaries in the eyes. Children may have seizures. Babies, who cannot cough that hard, can stop breathing and die.

A recent study from California confirms what earlier reports have suggested: that the newer pertussis vaccine, reformulated to be safer and have fewer side effects than the older version, just isn’t as effective.

The study, by researchers at Kaiser Permanente’s Vaccine Study Center in Oakland, Calif., found that just three years after vaccination with the new vaccine and booster, teenagers had lost virtually all of the vaccine’s protection, and more than 90 percent were susceptible to infection four years after the booster. The teenagers had received only the newer form of the pertussis vaccine and booster, a form without whole cells called DTaP, which in the 1990s replaced the previous vaccine, a whole-cell pertussis vaccine called DTwP. (The pertussis vaccine is given in combination with those for diphtheria and tetanus.)

These teenagers had the highest incidence of pertussis of any age group in 2014, despite receiving boosters at ages 11 to 12. The booster was introduced in 2005 when health experts realized the new vaccine was not conferring lifelong protection, officials with the Centers for Disease Control and Prevention said.

But the study showed that even with the booster, teenagers were still vulnerable to infection.

“The new vaccine provides reasonable short-term protection during the first year, but the protection wanes over the next few years, and not much remains by about three years after vaccination,” said Dr. Nicola Klein, a director of the Kaiser Permanente Vaccine Study Center and lead author of the study, published in Pediatrics earlier this month.

“The levels at which it’s occurring now haven’t been seen in at least 50 years,” Dr. Klein said.

“The biggest driver is waning immunity from our vaccines,” said Tami Skoff, an epidemiologist with the division of bacterial diseases of the C.D.C. “The protection doesn’t last as long as we originally thought it would.”

Despite concerns about the effectiveness of the new vaccine, there are no plans to return to the old one. The earlier vaccine carried a high risk of alarming but temporary side effects like pain, swelling at the site of the injection and fever, as well as more serious complications like febrile convulsions or loss of consciousness, said Dr. James D. Cherry, professor of pediatrics at the David Geffen School of Medicine at U.C.L.A., who has written extensively about pertussis. There had also been cases of a brain disorder, encephalopathy, after vaccination.

“The older vaccine had some significant downsides; the new one is much better tolerated but may not be providing as robust protection,” said Dr. Wanda Filer, the president of the American Academy of Family Physicians.

That does not mean you should skip vaccinations — on the contrary: Experts say vaccinations are more important than ever for children, pregnant women, and adults generally, especially those who will be in close contact with a newborn, such as grandparents, siblings or a nanny.

Pregnant women should be vaccinated during the third trimester, the C.D.C. says, even if they have been immunized before. That way, they can develop antibodies that are passed on to the fetus through the placenta. The ideal time for mothers to get the shot is the 27th to 36th weeks of pregnancy; the protective antibodies are highest two weeks after the vaccination.

For adults, even if the vaccine does not prevent disease entirely, it reduces the severity.

That is important, Ms. Skoff said, because the disease — which once killed thousands of Americans each year — can be miserable and prolonged. It can last for months and is often called the “100-day cough.”

Making a diagnosis is tricky. Even though pertussis is a bacterial respiratory infection that responds to antibiotics, the diagnosis is usually missed early on when the condition is treatable because it is mistaken for a cold or bronchitis. Not all patients exhibit the disease’s characteristic whooping sound when they catch their breath after coughing.

“It’s a very painful disease,” said Dr. Carrie Byington, a professor of pediatrics at University of Utah who heads the American Academy of Pediatrics’ committee on infectious diseases. She had pertussis herself when she was a young doctor. “It’s not like any other cough you’ve experienced. Even as an adult, you can’t really control it. It’s incredibly powerful.”

A severe infection may require hospitalization, and recovery can take months; the illness can have a lasting effect on lung function, leaving people with shortness of breath or fatigue. Even after a person recovers, another viral respiratory infection can cause pertussislike cough spasms, doctors said.

For now, however, the focus is not on developing a more effective vaccine. Instead, public health officials are promoting vaccinations for pregnant women and adults. Some experts have suggested more frequent vaccinations for everyone, timed before an expected outbreak, or every three years.

New vaccines “are a long ways away,” Dr. Cherry said. “Until then, we’re much better off than we were in the past, and we aren’t having reactions with vaccines.”