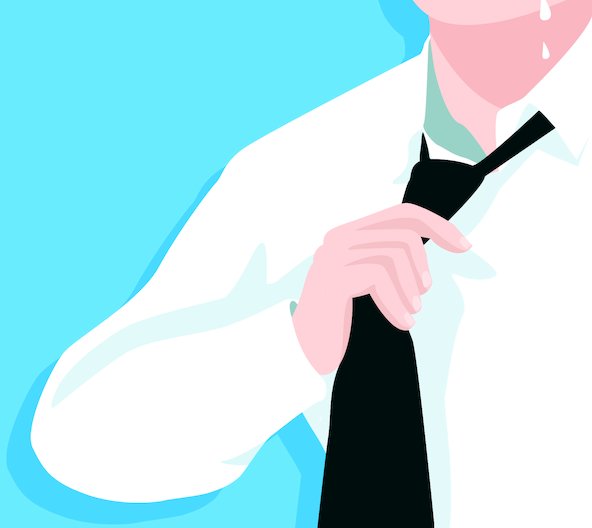 On Thursday, we asked Well readers to take on a challenging case. A 38-year-old man who traveled to the mountains of Colorado for his brother’s wedding suddenly became ill. He had fevers and chills, chest pain, a severe headache and a sore throat. There was so much going on that it was really tough to see what might be underlying it all. More than 400 of you offered your diagnoses, but no one got it completely right. I had to choose two winners, each of whom was the first to get at least part of it right.

The correct diagnosis was:

One of the winning answers came from Dr. Hediyeh Baradaran, a chief resident in the radiology department of Weill Cornell Medical Center. She recognized that an invasive strep infection could cause both the inflamed heart muscle diagnosed at one hospital and the abscess found at the other. She didn’t mention the Lemierre’s. That diagnosis was offered by Dr. Ariaratnam Gobikrishna, a cardiologist with Montefiore Medical Center in the Bronx.

In 1932, Dr. André Lemierre reported on 20 patients he’d seen who became ill with a sore throat and then went on to develop a clot in their jugular vein. The clot was infected with bacteria, and the disease spread from the jugular to the lungs, bones, brain and other organs when tiny pieces broke off, seeding the infection throughout the body. The illness came to be known as Lemierre’s disease, or syndrome.

Lemierre’s is rare, most commonly seen in teenagers and young adults. And it is frequently misdiagnosed, at least initially. In one study of hospitalized patients, a correct diagnosis of Lemierre’s was made, on average, five days after admission.

Most of the time the infection is caused by an unusual bacterium called Fusobacterium necrophorum, but it has been associated with other bugs as well. And no matter which bacterium caused it, in the era before antibiotics, Lemierre’s was practically a death sentence, with 90 percent of patients dying. Even now, it’s not a disease to be taken lightly. Up to 18 percent of patients will die of the infection.

However, it wasn’t some rare infection behind this man’s illness. Blood cultures drawn at Anna Jaques Hospital in Newburyport, Mass., where the patient went after returning home, revealed an underlying disorder that is much more common and much less feared: strep throat. There are millions of cases of streptococcal infections in this country every year, usually in the throat or on the skin. But in a tiny fraction of these cases, the bacterium will invade the surrounding tissues and cause a life-threatening illness, as it did with this man.

Both the Lemierre’s and the myocarditis were caused by this strep throat gone wild. This kind of invasive infection must be treated with antibiotics. This patient was taking an antibiotic, doxycycline, because the doctors were worried initially that he might be suffering from some kind of tick-borne infection, but that antibiotic is ineffective against most types of strep.

After the patient’s flight back from Colorado to Boston, he had ended up in Massachusetts General Hospital, where he’d been diagnosed with myocarditis, or inflamed heart muscle. He began to feel a little better and returned home, but after a day he began to feel worse again. He was pale and sweaty, the way he’d been in the mountains. And the shaking and fevers were back. His headache was terrible, almost as bad as it had been in the hospital, where it had brought the man to tears — something his wife had never seen before.

At the Anna Jaques emergency room, the couple met Dr. Domenic Martinello. He heard their complicated story of traveling to Colorado and feeling sick, then returning to Boston and feeling sicker; then going to Mass General and getting a diagnosis of myocarditis, but not getting better. After a quick exam, Dr. Martinello decided to focus on the most prominent symptoms at that moment: the headache, the neck and throat pain, and the fever.

Scanning the Head and Neck

The head scan was completely normal. There was no tumor, no blood clot and no sign of increased pressure. That was important because Dr. Martinello suspected that the patient had some kind of meningitis, and if the scan had shown increased pressure, he wouldn’t be able to do a spinal tap. But as it turned out, a spinal tap wasn’t needed.

The emergency room doctor wanted the CT of the patient’s neck because it was swollen and tender. The patient had told him he had a sore throat, yet when the doctor looked in his throat he saw nothing. Could there be an abscess seeded deep in his oral pharynx from some earlier infection? Is that what was causing his throat and neck pain?

The arrow is pointing to a clot (darker gray) within the jugular vein (lighter gray).Credit

Transferring to a Bigger Hospital

Now that Dr. Martinello knew what was making this man so sick, he was worried that his small community hospital was not prepared to care for him. They didn’t have the kind of specialists he needed on call 24/7. It seemed clear that the patient needed a hospital with more resources. So Dr. Martinello arranged for the patient to be transferred to a sister hospital, Beth Israel Deaconess Medical Center in Boston.

Dr. Andrew Hale was the infectious disease specialist on duty the night the patient arrived at Beth Israel. When the patient and his wife arrived at the B.I. emergency department, Dr. Hale hurried to meet them. He spoke to husband and wife and reviewed their complicated history of the past week or so. But he also learned that both children had come down with strep throat while their father was at Mass General. It was an important discovery since, although unusual, it was well known that strep could cause Lemierre’s, He ordered another set of blood cultures and started the patient on broad-spectrum antibiotics.

Because the patient had been started on intravenous antibiotics while at Anna Jaques, there was a good chance that these cultures wouldn’t grow anything, but he needed to try. He also knew that Dr. Martinello had drawn blood cultures from the patient before he had started on the intravenous antibiotics, and was optimistic that these cultures would show what the bugs were. Identifying the bacteria that were causing the infection was important so that the antibiotics could be more narrowly targeted.

The cultures from Anna Jaques grew out Strep pyogenes, the most common cause of strep throat. The patient continued on antibiotics for six weeks and started a three-month course of a blood thinner to keep the clot from growing or spreading.

How the Patient Fared

That was a year ago. The patient is completely recovered. It was kind of funny, he told me recently. Even though his throat was painful, the sore throat seemed insignificant compared to the shaking chills, the fever, the headache. “I thought of it as kind of a sidebar, when in fact it was the main event,” he said.

Both he and his wife have read up on the illness and come up with a new family motto: Take strep seriously.