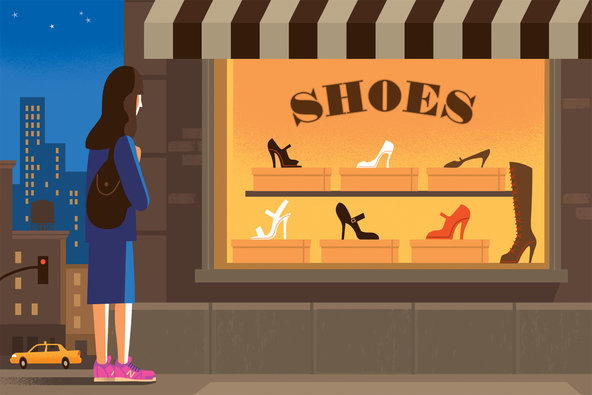 Many fashion-conscious women wear high heels to show off their legs. But in truth, given the extraordinarily high incidence of ankle sprains, we’d probably all be better off if we had thick stumps like an elephant’s to connect our feet to our legs.

Every day in the United States, about 28,000 people sprain an ankle. Too often the injury is dismissed as “just a sprain,” with no specific treatment and a return to full activity before it has completely healed. Fully 45 percent of all athletic injuries are ankle sprains, and players often go back into the game with little or no treatment as soon as the pain subsides.

In fact, according to the International Ankle Consortium, a global group of researchers and clinicians who study ankle injuries, 55 percent of people who sprain an ankle never seek professional treatment in the aftermath of the injury.

Yet the majority of ankle sprains are doomed to recur. That’s because they often result in a chronically unstable joint that tends to “give way,” poor balance, a distorted gait, difficulty exercising, weight gain, diminished quality of life and early arthritis. Not to mention the expense of dealing with health problems that can result from being overweight and sedentary living.

Sound scary? It should, says Phillip A. Gribble, an athletic trainer at the University of Kentucky and co-director of the International Ankle Consortium, who hopes that knowing the potential consequences of ankle injuries will prompt more people to treat them with respect and seek proper treatment. Even better, he said, would be if more people took steps to prevent injury in the first place. And that, ladies, may include leaving those spike heels in the store.

Dr. Gribble was one of several experts who recently presented the latest technical information on ankle sprains to the National Athletic Trainers’ Association meeting in Baltimore. In a study of 3,526 adults who responded to a questionnaire, more than half, or 1,843, had previously sustained an ankle injury. Those who had injured their ankles tended to weigh more, had greater limitations in their daily activities and were more likely to have cardiovascular or respiratory conditions than those who remained injury free.

While ankle sprains are most common among physically active people, especially amateur and professional sports players and dancers, the general public is hardly immune. The injury can result from walking on an uneven surface (especially while wearing high heels or platform shoes), misstepping off a curb or staircase, being pulled erratically by a dog on a leash, even playing around in the yard with children or friends.

It doesn’t take much. I know — years ago, I sustained two bad sprains, one stepping on a stick while trimming a hedge and the other missing the last step while exiting a plane in the dark. I am now extremely careful about where I walk and what I put on my feet, especially when hiking in the woods (boots are de rigueur).

Most ankle sprains result when the foot abruptly turns in under the leg so that the sole of that foot faces the opposite leg, unduly stretching the ligament on the outside of the ankle. The extent of the injury can range from a minor strain to a complete tear, and the rate and extent of healing can vary greatly.

In one report to the athletic trainers’ convention, 12 college students who had sprained an ankle still had an incompletely healed, overstretched ligament a year after the injury, which “may explain the high percentage of patients that develop chronic ankle instability,” said Tricia Hubbard-Turner of the University of North Carolina at Charlotte.

Even though fewer than half of ankle sprains receive medical attention, the injury is so common (an estimated incidence of 2.06 ankle sprains per 1,000 people a year) that it is the leading lower extremity injury that results in an emergency room visit, according to data from the National Electronic Injury Surveillance System.

As with any injury, ankle sprains are best prevented. One of the best approaches is to improve one’s balance with exercises that train the body to stay upright and maintain control in all kinds of positions. Dr. Gribble recommends spending time standing on one foot, at first on a firm surface, then with eyes closed, then on a soft surface like a pillow. As a final challenge, practice balancing on a wobble board, he said.

Muscles surrounding the ankle can be strengthened by wrapping a towel around the foot for resistance, then moving the foot up, down, in and out. Do stretching exercises that increase the flexibility of the legs, hip and torso to guard against any unanticipated awkward movements.

When participating in sports like basketball, soccer and tennis — which involve jumps or quick changes in direction that can put ankles at risk — consider taping or bracing the ankles to increase their stability.

Finally, avoid being a weekend warrior who indulges in a sport full tilt without adequate preparation. Build up gradually, practice the skills involved and make sure to keep needed muscles strong.

Should you sprain an ankle, avoid the all too common layman’s advice to “walk it off.” At a minimum, leave the game or whatever you were doing and avoid putting weight on that foot to give the injured joint adequate rest. If the injury is severe, you may need to use crutches.

If you do sprain an ankle, apply ice wrapped in a cloth for 15 to 20 minutes every two or three hours for two days, then once a day until pain and swelling are gone. Sit or lie down as much as possible with the injured ankle elevated above the hip. To further minimize swelling, wrap the ankle in an elastic bandage, starting at the toes and working up to the leg.

Seriously consider a medical consultation, especially if pain and swelling persist for more than a few days. Although in most cases, an X-ray or M.R.I. is not needed to make an accurate diagnosis, the injury could be more serious than a simple sprain. Ask about physical therapy, which can strengthen the joint and help prevent reinjury.

Most important of all, don’t rush back into activity before healing is complete and normal, pain-free range of motion has been restored. Reinjuring the ankle can result in permanent pain and disability and the health consequences noted above.