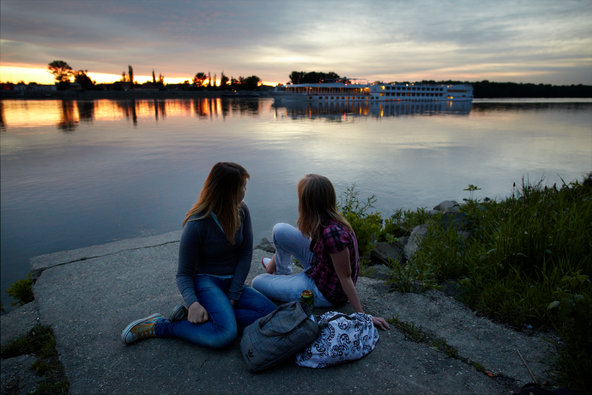 Teenagers in Hungary. A W.H.O. report on the well-being of European adolescents found that 15-year-old girls were perhaps the worst off of any group surveyed.Credit Dave Yoder for The New York Times

Belgian and Polish adolescents are among the least happy in Europe, more than half the teenagers in Greenland smoke, and Eastern European boys are far more likely than girls to have had sex, according to a report from the World Health Organization. But over all, the report found, 15-year-old girls were perhaps the worst off of any group surveyed.

The report on adolescent health and happiness was based on surveys of more than 200,000 young people in 42 countries in Europe and North America. Conducted mainly between September 2013 and June 2014, it was released on Tuesday. (American teenagers did not participate.)

Partly titled “Growing Up Unequal,” the report found that 15-year-old Polish, British and French girls were among those expressing the least satisfaction with their lives. They were the most likely to report a decline in their well-being, and on average, one in five reported poor or fair health. They also displayed an increased dissatisfaction with their bodies, “particularly in western and central European countries, despite actual levels of overweight and obesity remaining stable,” the report said.

W.H.O.’s regional director for Europe, Zsuzsanna Jakab, wrote, “Despite the considerable advances made in the W.H.O. European Region over the decades in improving the health and well-being of young people and recent actions to reduce the health inequalities many of them face, some remain disadvantaged from birth by virtue of their gender.”

Boys reported higher life satisfaction over all. But the report highlighted some elevated risk factors for male adolescents. It found that boys were more likely to engage in physical fights and to experience injury. They smoked tobacco and drank alcohol more often, though in some countries, gender differences in those behaviors were narrowing “as girls adopt behaviors typically regarded as masculine.”

Early tobacco use has declined significantly since 2010, the last time the study was conducted. In many countries, fewer than 20 percent of 15-year-olds reported smoking at least once a week. But in Greenland, 53 percent of girls and 51 percent of boys said they smoked at least weekly.

Drinking was heavily skewed by gender in many countries, with 15-year-old boys in Croatia, Malta, Bulgaria and Italy reporting some of the highest incidences of alcohol use. On average, 16 percent of 15-year-old boys drink alcohol at least once a week; the number for girls is 9 percent.

Frequent marijuana use was also divided along gender lines —in some countries, boys used the drug more than girls — though that factor seemed to matter less where it was most popular. French and Canadian 15-year-olds were among the most enamored of marijuana, with boys and girls similarly reporting they had used it in the previous 30 days. Over all, 15 percent of those surveyed had used.

Apart from surveying the habits and health practices of young people, the latest report added new questions to track the health risks posed to the thousands of young migrants uprooted from their homes, and warned that new communications technology could prove a double-edged sword, particularly when it comes to young people bullying their peers over social media.

“Technology is unquestionably a positive presence in all our lives, but we must remain vigilant to the threats it poses to children and young people,” Jo Inchley and Dorothy Currie, two executives who helped coordinate the study, wrote in its preface.

The report concluded that policy makers must strive to recognize girls’ unhappiness and find structural solutions, and called for efforts to address the “clear gender-difference issue.”