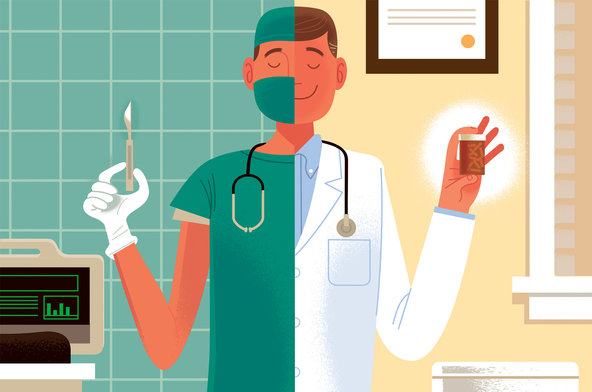 Gwen Deely’s story is an example of how not to deal with a health crisis when traveling abroad. She realizes she’s lucky to be alive.

Ms. Deely, a 66-year-old living in Manhattan, was on an overnight flight from New York to Venice in October when she developed what she thought was food poisoning, perhaps from the tuna sandwich she had eaten at home that day. She weathered the night armed with more than a dozen airsickness bags and figured it would pass.

But it didn’t, and she spent the entire week in Venice in bed staring at the ceiling in the Airbnb apartment she and her partner had rented. She attributed her low-grade fever and chills to the flu shot she had received just before the trip.

“I would have had to take a boat to get to a doctor, and I couldn’t even stand up,” she said. Her decision not to go to a hospital that was a water taxi ride away was reinforced by a reluctance to seek medical help where she didn’t speak the language. “Had I been in a hotel, I would have asked to see a doctor who spoke English,” she said.

Ms. Deely somehow managed to fly home as scheduled, trying not to act sick on the plane, and went from the airport to the emergency room, where blood tests and a CT scan revealed a ruptured appendix.

Riddled with infection, she spent five days in a hospital on intravenous antibiotics, followed by months of antibiotic treatment and abdominal drainage at home. Finally, in mid-February, she was healthy enough for her ailing appendix to be removed with laparoscopic surgery, involving several tiny incisions in the abdomen.

A ruptured appendix is a life-threatening condition. Blindsided by atypical flulike symptoms rather than the stabbing abdominal pain one usually associates with a ruptured appendix, Ms. Deely failed to realize how close she came to dying. She now knows better than to try to “tough it out” when unexplained, debilitating symptoms occur.

Appendicitis, after all, is very treatable, and surgery is no longer the only option. Patients are now increasingly being offered a trial of antibiotics instead of being rushed into surgery to remove an inflamed appendix (the suffix “-itis” in appendicitis means inflamed). Without treatment, an inflamed appendix can rupture in two to three days after symptoms develop and can spill dangerous microorganisms throughout the abdomen. Thus, it is important to see a doctor as soon as possible.

Symptoms of appendicitis vary, and fewer than half of patients have them all. They often start with abdominal bloating and pain around the navel, which then moves to the lower right side of the abdomen and becomes sharp and continuous. The abdomen is likely to be tender to the touch, and a cough, sneeze, sudden movement or deep breath can intensify the pain. Mild fever, nausea and vomiting, diarrhea or constipation may occur.

Such symptoms are a clear warning that requires prompt medical attention. However, a third to a half of people with appendicitis do not have these typical symptoms, making cases like Ms. Deely’s especially challenging.

The appendix is a finger-shaped pouch attached to the large intestine (colon), usually on the lower right side of the abdomen. Long considered a vestigial organ with no known function, many people, young and old, have theirs removed in the course of another operation.

However, there are now indications that the appendix serves as a repository of healthy bacteria that can replenish the gut after an extreme attack of diarrhea. People who have had appendectomies, for example, are more likely to experience recurrent infections with the bacterium Clostridium difficile, a debilitating intestinal infection that causes severe, difficult-to-treat diarrhea.

Appendicitis occurs most often in children and young adults, and more often in men than women, but the risk of rupture is highest in older adults. The estimated lifetime chance of developing appendicitis ranges from 7 percent to 14 percent.

Acute appendicitis is the nation’s most common surgical emergency. It is most often performed laparoscopically, which is associated with faster recovery, less pain and lower risk of infection than an open operation. Some 300,000 people in the United States undergo an appendectomy each year, but sometimes, the appendix turns out not to have been inflamed, meaning the operation was not necessary.

The results of several recent studies suggest that patients with uncomplicated appendicitis should not be rushed into surgery and instead should be offered the option of a trial of antibiotics.

In a controlled study among 540 adult patients, 72.7 percent of 257 patients randomly assigned to take antibiotics in lieu of an operation did not require subsequent surgery a year later, and those who did need surgery had no bad effects from the delay.

In another nonrandomized study of 3,236 patients who were not operated on initially, the nonsurgical treatment failed to cure the appendicitis in 5.9 percent of cases, and the inflammation recurred in 4.4 percent.

Some patients may choose an operation so they won’t have to worry about developing another attack of appendicitis, but if they aren’t told they have a choice, they can hardly make one.

Writing in JAMA last month, Dr. Dana A. Telem, a surgeon at Stony Brook University Medical Center, noted that “the notion of nonoperative treatment of appendicitis has not been well-received by the majority of the surgical community.” This is hardly surprising, because doctors, like many of us, are creatures of habit, and surgeons who don’t operate miss out on a hefty fee.

But Dr. Telem pointed out that under the Affordable Care Act, it may soon become necessary for physicians to inform patients of nonsurgical options, which may include “watch and wait,” as some cases of appendicitis disappear without any treatment, and there may be nothing wrong with the appendix in others.

“Surgeons would be well served to take a leadership role in proactively developing decision aids to inform patients about the benefits and risks for both nonoperative antibiotic treatment and surgical treatment of appendicitis,” Dr. Telem said. She added, however, that the information should include the fact that data on the long-term outcome of nonsurgical treatment is currently lacking.

Also lacking is a large controlled trial in which patients with uncomplicated appendicitis are randomly assigned to antibiotic or surgical treatment and followed for perhaps five or more years. Such a study could define exactly which patients do best with nonoperative therapy and which require immediate surgery.