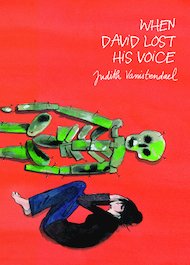 Accounts of the grief children suffer after the deaths of their mothers or fathers reinforced my desire to use the time granted by treatment to help my adult children cope with my demise. We always parent our offspring to survive us, but cancer intensifies the urgency to do so.

I am not a fan of “anticipatory grieving,” the term psychologists use to describe how some people with chronic disease mourn their expected death with their partners and kids. While I am alive, I do not want to subject my daughters to a long sojourn in the stony valley of the shadow. The idea of converting our present into a prelude of my absence distresses me.

Nor am I thinking of the medical and legal forms — advance directives, living wills, medical powers of attorney — that too many of us leave to the last minute, for those papers are in my husband’s keeping. I am also not considering the words dying people are advised to speak to their beloveds. On my deathbed, I hope I will express my gratitude and love. Given the drugs I will probably need for pain management, however, I cannot count on being coherent then.

Following the lead of other patients with cancer, I have composed two different documents to buffer my girls from the misery that ensues when a parent dies: letters my daughters will receive before and probably after my demise. Though I may never find out if these words ease their loneliness, I like to think they will. And they have certainly afforded me a respite from anxiety. 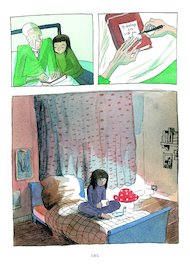 A page from “When David Lost His Voice.” See a larger version.Credit

The first is called “What’s Where.” In it, I provide the locations of my lawyer, financial adviser, bank account, will, computer passwords, the girls’ juvenilia, and my personal effects. This one-page sheet of paper concludes with the name of the funeral home that will oversee the cremation of my remains and the site of the cemetery plot for the ashes. If nothing else, I hope that the existence of such a document demonstrates to my kids that I have reconciled myself to my fate.

The second, “Letters to My Daughters,” I began a year after diagnosis and extend periodically. Here, I relate specific memories I have of my two daughters and two step-daughters and more recently of their families. Each time I write a new section, I date it. It has the look of a journal, but consists of a succession of missives, some addressed to all of them, others to one of them.

In this computer file, I recount jokes, recall musical or sports performances during their school years, thank them for material and nonmaterial gifts, characterize their temperaments at birth or what I made of them when I first met them, embarrass them with stories about gaffes they and I have committed, regale them with cooking adventures and vacation misadventures, remind them of celebrations we relished together. Periodically thickening “Letters to My Daughters” inspires me to treasure our shared past. At some point I will print it out and put it in addressed envelopes.

Recently I encountered a short story and a graphic novel that crystalized my obligations and clarified what a terminal patient with younger children can do to help them.

In “Pretending the Bed Is a Raft,” a story by Nanci Kincaid that was made into the movie “My Life Without Me,” 23-year-old Belinda realizes that she will soon die from a gynecological cancer. In a list of things to do before death, she jots down: “tape-record birthday messages for my kids up until they turn 21. Tell them I love you every day.” For her 6-, 4-, and almost 2-year-old, she spends weeks recording instructions and assurances “until she had them all legally grown.” 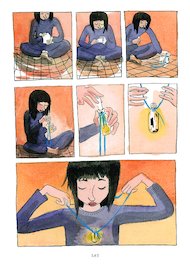 A page from “When David Lost His Voice.” See a larger version.Credit

Belinda suspects that if she gave the tapes to her husband, “he would listen to all of them the first night and after that he might lose them altogether.” So she determines to give them to a lawyer “who could dole them out one message at a time on the proper dates.”

About a father with larynx cancer, the graphic novel “When David Lost His Voice” considers what happens to a family when a reticent man becomes more silent during treatments for larynx cancer. In especially poignant pictorial sequences, the Belgian author and illustrator Judith Vanistendael focuses on David’s 9-year-old daughter, Tamar.

Pictures abound of Tamar’s last boat trip with her father, her swimming with the mermaid friend she encounters in the sea and sending a letter to a real friend via a balloon, her later conversations with this boy about how to preserve her father’s soul in a jar, her lying with David in his sickbed. These beautiful images convey the young girl’s fear of abandonment and her imaginative means of sustaining her attachment.

In the hospital, when Tamar hugs David’s emaciated body after his larynx has been removed, she wants her father to stay with her. Unable to speak, he writes her a note: “My darling, I am with you.”

Amid Ms. Vanistendael’s experiments with all sorts of visual forms — anatomical diagrams and scans, traditional comics, impressionist watercolors, pen and ink sketches, children’s book illustrations, surrealistic dreamscapes — I am especially moved by the small frames of David penning his note and of Tamar putting it into a vial she then strings around her neck, to remind herself that her dying father’s undying love will sustain her for as long as needed.

Susan Gubar is the author of the new book “Reading and Writing Cancer: How Words Heal.”