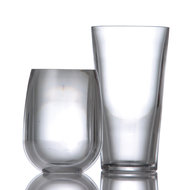 Most Americans have heard that they should drink eight glasses of water a day to stay hydrated, but there is surprisingly little data to support this advice.

But now, a new “beverage hydration index” provides evidence-based suggestions for how to most efficiently hydrate. The index was developed from a British study published in December that tracked how long 13 common beverages remain in the body after being consumed.

“In the last 25 years, we’ve done many studies on rehydration after exercise,” said Ronald J. Maughan, a hydration expert from Loughborough University, and lead author of the study. “We thought it was time to look at hydration in typical consumers who aren’t exercising.”

The hydration index is modeled after the well-known glycemic index, which measures how the body responds to the carbohydrate content of different foods. (The glycemic index is used to help individuals keep their glucose-insulin response under control.) The guiding principle behind the new hydration index is that some fluids last longer in your body than others, providing more hydration. After all, if you drink a cup of water and then immediately excrete half that amount in your urine, you haven’t added eight ounces to your water supply, but only four.

The British study determined the hydration index of 13 common beverages by having the participants, 72 males in their mid-20s, drink a liter of water as the standard beverage. The amount of water still remaining in subjects’ bodies two hours later — that is, not voided in urine — was assigned a score of 1.0. All other beverages were evaluated in a similar manner, and then scored in comparison to water. A score higher than 1.0 indicated that more of the beverage remained in the body as compared to water, while a score lower than 1.0 indicated a higher excretion rate than water.

“It’s a very clever, even brilliant study,” said Lawrence Armstrong, a hydration expert at the University of Connecticut and immediate past president of the American College of Sports Medicine. “It assumes that water is the optimal rehydration fluid, which is biologically correct, and then compares other fluids to water.”

Why is milk so efficient at rehydration? “Normally when you drink, it signals the kidneys to get rid of the extra water by producing more urine,” Dr. Maughan said. “However, when beverages contain nutrients and electrolytes like sodium and potassium, as milk does, the stomach empties more slowly with a less dramatic effect on the kidneys.”

Perhaps surprisingly, drinks containing moderate amounts of caffeine and alcohol or high levels of sugar had hydration indexes no different from water. In other words, coffee and beer are not dehydrating, despite common beliefs to the contrary, and regular soda can hydrate you just as well as water.

“It’s true that caffeine is a diuretic, but not at the concentration found in most coffee drinks,” Dr. Maughan said. “When we are thirsty, drinking normal tea, coffee or cola helps to rehydrate us. The exceptions are very strong coffee drinks or strong alcoholic drinks like distilled spirits.”

The hydration index could prove useful when making decisions about what beverages to consume and when. For example, if you’re going on a long drive and won’t have access to fluids (or to bathrooms), you’d be smarter to drink milk with its high hydration index rather than water or iced coffee. But don’t forget that milk has many more calories than water, so don’t overdo it, either.

While severe dehydration is rare except in heavy exercise, extreme environments and disease, studies have shown that heat and dehydration can contribute to increased mortality rates during hot weather. “Mortality increases sharply during heat waves, mostly because people don’t drink enough to compensate for their increased fluid losses,” Dr. Maughan said.

Dr. Armstrong noted that in hot weather, it’s important to monitor your hydration status throughout the day. He suggested paying attention to your thirst, and drinking when necessary. Also, if your urine color is a dark yellow, it’s time for a refreshing drink.