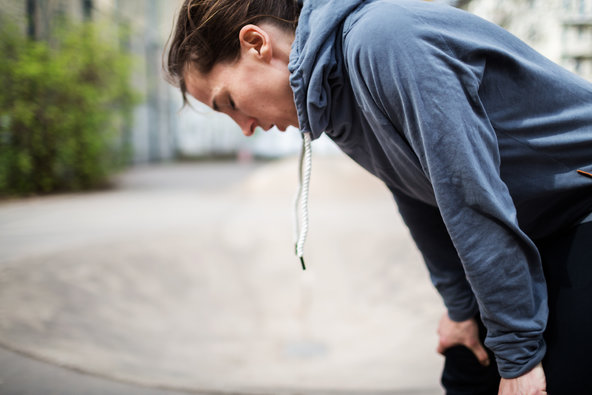 Being out of shape could be more harmful to health and longevity than most people expect, according to a new, long-term study of middle-aged men. The study finds that poor physical fitness may be second only to smoking as a risk factor for premature death.

But most of those studies followed people for about 10 to 20 years, which is a lengthy period of time for science but nowhere near most of our actual lifespans. Some of those studies also enrolled people who already were elderly or infirm, making it difficult to extrapolate the findings to younger, healthier people.

So for the new study, which was published this week in the European Journal of Preventive Cardiology, researchers from the University of Gothenburg in Sweden and other institutions turned to an impressively large and long-term database of information about Swedish men.

The data set, prosaically named the Study of Men Born in 1913, involved exactly that. In 1963, almost 1,000 healthy 50-year-old men in Gothenburg who had been born in 1913 agreed to be studied for the rest of their lives, in order to help scientists better understand lifetime risks for disease, especially heart disease.

The men completed baseline health testing in 1963, including measures of their blood pressure, weight and cholesterol, and whether they exercised and smoked. Four years later, when the volunteers were 54, some underwent more extensive testing, including an exercise stress test designed to precisely determine their maximum aerobic capacity, or VO2 max. Using the results, the scientists developed a mathematical formula that allowed them to estimate the aerobic capacity of the rest of the participants.

Aerobic capacity is an interesting measure for scientists to study, because it is affected by both genetics and lifestyle. Some portion of our VO2 max is innate; we inherit it from our parents. But much of our endurance capacity is determined by our lifestyle. Being sedentary lowers VO2 max, as does being overweight. Exercise raises it.

Among this group of middle-aged men, aerobic capacities ranged from slight to impressively high, and generally reflected the men’s self-reported exercise habits. Men who said that they seldom worked out tended to have a low VO2 max. (Because VO2 max is more objective than self-reports about exercise, the researchers focused on it.)

To determine what impact fitness might have on lifespan, the scientists grouped the men into three categories: those with low, medium or high aerobic capacity at age 54.

Then they followed the men for almost 50 years. During that time, the surviving volunteers completed follow-up health testing about once each decade. The scientists also tracked deaths among the men, based on a national registry.

Then they compared the risk of relatively early death to a variety of health parameters, particularly each man’s VO2 max, blood pressure, cholesterol profile and history of smoking. (They did not include body weight as a separate measure, because it was indirectly reflected by VO2 max.)

Not surprisingly, smoking had the greatest impact on lifespan. It substantially shortened lives.

Of course, this study found links between poor fitness and shortened lifespans. It cannot prove that one caused the other, or explain how VO2 max might affect lifespan. However, the findings raise the possibility, as the scientists speculate, that by strengthening the body, better fitness may lower the risk of a variety of chronic diseases.

This study also involved men — and Swedish men at that. So whether the findings are applicable to other people, particularly women, is uncertain.

But “there is no reason not to think” that the rest of us would also share any beneficial associations between fitness and longevity, said Per Ladenvall, a researcher at the Sahlgrenska Academy at the University of Gothenburg, who led the study. Past studies involving women have found such links, he said.

Encouragingly, if you now are concerned about the state of your particular aerobic capacity, you most likely can increase it just by getting up and moving. “Even small amounts of physical activity,” Dr. Ladenvall said, “may have positive effects on fitness.”