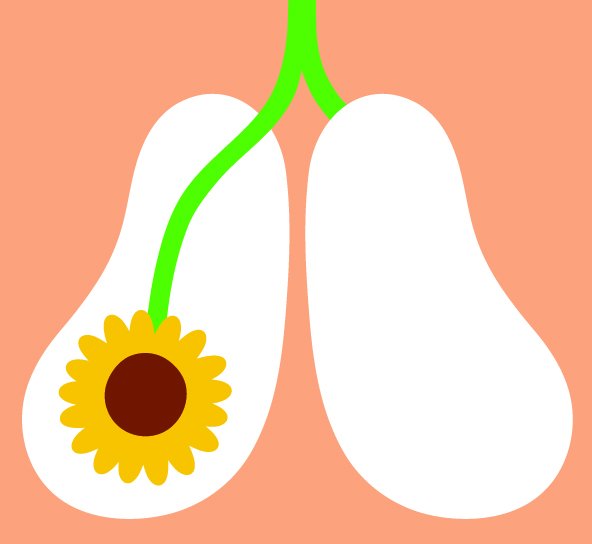 On Thursday we asked Well readers to unravel the case of a middle-aged man who had a cough for over a year. He was just about to give up on finding a cause or cure when he started coughing up blood. A CT scan done at that point revealed a strange hole near the base of the right lung. Your challenge was to figure out what was going on.

The correct diagnosis is:

An aspiration of a foreign body

Over 400 of you wrote in and a handful of you figured it out. Anne Hartley was the first to suggest that the man inhaled a foreign object. She’s a general internist at Rush Medical College in Chicago. When I asked her how she figured it out she said it was easy. She has two small children and so, she told me, “foreign bodies are always on my mind.” Reading how healthy the patient appeared made it seem even more likely that he had accidentally inhaled something that was now lodged in his lungs. Strong work, Anne!

So he had inhaled something – but what? A couple of you even figured that out. A shout out to Toni Brisby of Britain, who was the first to suspect that the patient had inhaled a seed. Well done, Toni!

The first successful removal of an aspirated object was published in 1897. A small bone was retrieved from the airways of a German farmer using a long metal tube and a set of tweezers. At that time, half of all people who accidentally aspirated objects into their lungs died. That changed dramatically over the next decades when an American ear, nose and throat specialist developed early versions of the tools used to remove such objects. That doctor, Chevalier Jackson, devoted his life to putting these tools to use. A collection of the several thousands objects he retrieved from airways of the children and adults who needed him is on display at the Mütter Museum in Philadelphia.

These days foreign body aspiration is most common in boys between the ages of 1 and 2. The mortality rate is 7 percent in children younger than 4. Only a tiny fraction of aspirations (well under 1 percent) occur in adults, and most of those adults are either elderly or have some underlying condition that makes swallowing difficult – because of some neurological problem, like having a stroke, or because they are impaired by alcohol or drugs. What is aspirated also varies with age. In children, most of the aspirated objects are nuts or seeds.

In adults the most common objects fished out of the lungs were pins or small plastic objects. Foods were a distant second. Most adults sought medical care within 24 hours but some didn’t remember aspirating at all and others remembered only once the object was found, when a bronchoscopy was done to evaluate symptoms – as was the case here. Persistent cough was the most common symptom but recurrent infections were also seen. Presence of the object was often suspected from chest X-rays, which sometimes showed air trapping in the lung beyond the obstruction.

How the Diagnosis Was Made:

Dr. Karen Schmitz was the doctor caring for the 43-year-old man, who went to the hospital after two weeks of coughing up blood (hemoptysis) – the newest development in a cough that had lasted a year and a half. A CT scan showed a strange hole in the lower part of his right lung. Because tuberculosis could cause such holes as well as hemoptysis, he was in an isolation room until the doctors were sure he didn’t have it.

Still, TB seemed an unlikely diagnosis. He had never been exposed to TB and had no real risk factors. And even though he had an impressive cough, none of the usual symptoms of TB were present. He had no fever or night sweats, hadn’t lost weight, and he didn’t feel sick. So even before the tests came back the question became, if it wasn’t TB, what was causing this cough?

He was seen by an infectious disease specialist and Dr. Timothy Clark, a lung specialist. They agreed on the most likely culprits. It could be some kind of fungus – chronic fungal infections can cause few or even no symptoms. He had traveled in Southern California and Arizona, both places where a fungus called Coccidioides often caused asymptomatic disease. Blood tests were ordered to look for common fungi. There was also the possibility that it might be something worse – a lung cancer. Again he had no risk factors – he’d never smoked – but it was a possibility. So doctor and patient decided that the best course of action would be for the pulmonologist to look directly into the patient’s lungs. The test, called a bronchoscopy, was scheduled for the following morning.

The Doctor Is Surprised:

Early the next day the patient was taken to a procedure room to have his bronchoscopy. In this test a tiny camera is threaded into the lungs to look at the lesion using the CT scan to help navigate to the right spot.

The patient was lightly sedated, and moments later Dr. Clark inserted the scope. The lung specialist guided the instrument down the narrow pink corridors of the airways. The goal was to get as close as possible to the hole seen on the scan and take samples of the surrounding tissues. Suddenly the doctor stopped. He saw something – was it a tiny piece of metal? – sitting where the airway forked. He edged the scope a little closer. It was black and smooth with a shape that was strangely familiar. He threaded a tiny gripper through the scope, onto the end next to the camera, and pulled the object out.

“Is that a seed?” he asked. Suddenly the patient said in a slurred voice, “It’s a sunflower seed.” Dr. Clark dropped the tiny object into a specimen cup. “You’re right! It is a sunflower seed!”

Even under the influence of the sedative, the patient was able to remember when he’d inhaled the seed. It was at a baseball game he’d gone to with his older son. He’d bought a bag of sunflower seeds – his favorite snack — and was cracking them open with his teeth when suddenly one seed escaped and went down the wrong pipe. He started coughing immediately as his body fought to expel the foreign object. He coughed for what seemed to be a long time and while he never felt the seed come up, the spasm finally subsided. And he felt fine. He didn’t really think about it again until a couple of weeks later when he started coughing again. He told his first couple of doctors about it, but they pooh-poohed the notion. The interval between the choking event and the onset of the cough made aspiration much less likely. Besides, it’s usually only a problem for the very young or the very old — rarely for the perfectly healthy middle-aged guy.

Did the doctor think that this little seed could account for the coughing that had been killing him for the past 18 months? The doctor nodded. And if it was, he should get better within a couple of days.

The patient was ecstatic. Maybe it was just the relief of knowing that his 18 months of coughing were over or maybe it was the drugs they’d given him for the procedure, but the exuberant man found himself calling out as he was wheeled out the elevator to his hospital room: “Yay, I don’t have cancer. Yay, it was a seed.” He shook the cup with the retrieved seed in time with his chant.

As they watched the man roll out of the procedure room Dr. Clark turned to Dr. Schmitz. “You know I’ve seen this one other time. And it’s funny – we always forget to think of it.”

That was last December. After a couple of days, the cough was completely gone. And once baseball season started this spring, the man was able to enjoy his sunflower seeds just as he always had.