Many of us grab coffee and a quick bite in the morning and eat more as the day goes on, with a medium-size lunch and the largest meal of the day in the evening. But a growing body of research on weight and health suggests we may be doing it all backward.

A recent review of the dietary patterns of 50,000 adults who are Seventh Day Adventists over seven years provides the latest evidence suggesting that we should front-load our calories early in the day to jump-start our metabolisms and prevent obesity, starting with a robust breakfast and tapering off to a smaller lunch and light supper, or no supper at all.

More research is needed, but a series of experiments in animals and some small trials in humans have pointed in the same direction, suggesting that watching the clock, and not just the calories, may play a more important role in weight control than previously acknowledged.

And doctors’ groups are taking note. This year, the American Heart Association endorsed the principle that the timing of meals may help reduce risk factors for heart disease, like high blood pressure and high cholesterol. The group issued a scientific statement emphasizing that skipping breakfast — which 20 to 30 percent of American adults do regularly — is linked to a higher risk of obesity and impaired glucose metabolism or diabetes, even though there is no proof of a causal relationship. The heart association’s statement also noted that occasional fasting is associated with weight loss, at least in the short term.

“I always tell people not to eat close to bedtime, and to try to eat earlier in the day,” said Marie-Pierre St-Onge, an associate professor of nutritional medicine at Columbia University’s College of Physicians and Surgeons, who led the work group that issued the statement.

But the researchers also found that those who ate their largest meal early in the day were more likely to have a lower body mass index than those who ate a large lunch or dinner. Breakfast eaters tended to keep their weight down generally, compared with breakfast skippers. The lowest B.M.I.s were recorded in the fraction of people — about 8 percent of the total sample — who finished lunch by early afternoon and did not eat again until the next morning, fasting for 18 to 19 hours.

The conclusions were limited, since the study was observational and involved members of a religious group who are unusually healthy, do not smoke, tend to abstain from alcohol and eat less meat than the general population (half in the study were vegetarian). But the results suggested that rethinking when and how much we eat, and including an extended fast, may have benefits.

Fasting signals to the body to start burning stores of fat for fuel, the researchers said. “It seems our bodies are built to feast and fast,” said Dr. Hana Kahleova, one of the authors of the study, which was done by researchers at Loma Linda University School of Public Health in California and published in The Journal of Nutrition in July. “It needs some regular cycling between having food intake and fasting. This seems to be hard-wired.”

Having the largest meal in the morning appears to have advantages for weight control compared with having a large meal in the evening, she said, since the digestive process and the action of insulin, the pancreatic hormone that the body uses to process the sugars in carbohydrates and store glucose, appear to be at their peak performance early in the day. As a result, “our body can use the nutrients as a source of energy the easiest,” Dr. Kahleova said.

A person eating the identical meal at different times of day might deposit more fat after an evening meal than a morning meal, she said. 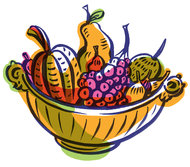 That’s because insulin action is more efficient in the morning, experts say. “If you give a healthy individual a big bolus of glucose in the morning, the blood glucose might stay high one or two hours before coming back to normal,” said Dr. Satchidananda Panda, a professor at the Salk Institute for Biological Studies in San Diego. “You take that same normal healthy individual and give them the same bolus of glucose late at night, and now the pancreas is sleeping — literally — and cannot produce enough insulin, and blood glucose will stay high up to three hours.” Doctors once called this “evening diabetes,” he said.

But many people snack all day long, Dr. Panda said. He asked volunteers to use a smartphone app to photograph everything they drank and ate throughout the day and found that even generally healthy people ate and snacked over a period of about 15 hours a day, stopping for an extended amount of time only when they were in bed.

In earlier experiments in mice, Dr. Panda and his colleagues found that when the animals were given unlimited access to a high-fat diet — “the equivalent of humans eating only ice cream, cheese and nachos” — they became obese in nine or 10 weeks, and developed insulin resistance or diabetes and high cholesterol a few weeks later. But when the mice had access to the high-fat diet for only eight hours a day, they did not become obese or diabetic, even though they consumed the same amount of calories as the animals who ate round the clock.

Dr. Daniela Jakubowicz, an Israeli researcher at the Wolfson Medical Center in Tel Aviv, has tested these principles in small clinical trials. For one study, she recruited dozens of obese and overweight women with metabolic problems and put them all on identical 1,400-calorie-a-day diets. The researchers told half the women to consume 700 calories at breakfast, 500 calories at lunch and 200 calories at supper, and instructed the other group to reverse the order. Regardless of when it was eaten, the large meal included foods like tuna, whole wheat bread, a tomato and mozzarella salad, skim milk and a small amount of chocolate.

Women in both groups lost weight after 12 weeks, but those who ate the large meal in the morning lost two and a half times as much as those eating the large dinner. The large-breakfast group also lost more body fat — especially belly fat — and saw more improvement in metabolic factors like fasting glucose levels.

Artificial lighting, changing eating patterns, shift work and other variables of modern life can disrupt our internal system of biological clocks, so they are often out of sync, said Courtney M. Peterson, an assistant professor in the department of nutrition sciences at the University of Alabama at Birmingham. While bright light is the dominant timing cue for the body’s master clock in the brain, the peripheral cells and tissues in the body also have biological clocks, and food intake is an important factor for setting their time zones, she said. Ideally, all of the clocks should be in sync and in the same time zone.

“If your timing to light exposure is out of sync with the timing of meals, it’s like your clocks are at different time zones and don’t know how to communicate with each other,” Dr. Peterson said. “It’s like an orchestra whose musicians are playing out of time with each other,” and the result is “cacophony, not music.”

Intermittent fasting may have other advantages as well.

“Twenty years of work on animals shows that compared to those that have constant access to food, those on intermittent fasting diets live longer, their brains function better as they get older and the nerve cells respond to the period of going without food by increasing their ability to cope with stress,” said Mark P. Mattson, chief of the National Institute on Aging’s laboratory of neurosciences. “From an evolutionary perspective, it makes sense that animals in the wild — especially predators — would have to function optimally in a fasted state when they haven’t been able to obtain food.”

That may be a difficult prescription to follow, since family life and social get-togethers so often revolve around sitting down to an expansive meal at the end of the day. Dr. Kahleova suggested making the evening meal smaller as often as possible.