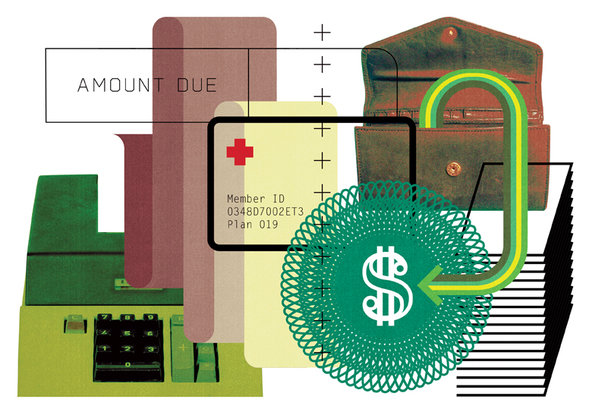 A radio producer investigating cancer costs once asked me, “What is another year of your life worth?” During my flummoxed silence, she informed me that experts mention the figure $50,000. Can patients like me — older people with recurrent disease — estimate the expense of a future year of cancer treatment to decide whether it’s worth it?

I began to understand the origin of the number when my nephew sent me an article in The New England Journal of Medicine, “Updating Cost Effectiveness.” Its authors explain: “For more than two decades, the ratio of $50,000 per quality-adjusted life-year (QALY) gained by using a given health care intervention has played an important if enigmatic role in health policy circles as a benchmark for the value of care.”

Used by economists, the QALY calculates quality and quantity of life to judge the monetary worth of medical inventions. Since my cancer was diagnosed in 2008, I have wondered how to make this reckoning within our for-profit health system. So with misgivings I set aside the plight of the uninsured and began considering not generic measurements of cost-effectiveness but how much I — as an insured patient — had paid for one year of cancer treatment.

It turned out to be impossible. Never — during four years of operations, radiological interventions, and cycles of chemotherapy — had I been informed beforehand about the cost of any consultation, procedure, equipment or drug. Nor did I understand what would be covered by insurers and (when I got older) Medicare or what would have to be paid out-of-pocket.

After the consultation or procedure, I received impenetrable statements from providers, stamped in large letters, “This Is Not a Bill.” They were followed by cryptic printouts from the hospital that clearly were bills, although next to many entries the word “pending” appeared.

Now, given my erratic bookkeeping, I cannot calculate what I ended up spending.

The camouflaging of cancer costs poses an unprecedented problem. There is no analogue in life — including the approach of death — in which I remain so ignorant of expenditures. Although I have ascertained what cremation, a grave site, and a marker cost, I have no idea what the costs of my treatments amounted to.

During those same years, I could not predict treatment complications that required subsequent procedures and outlays. When an operation necessitated another, the bills multiplied. Humbled by my own unknowingness, I took to heart Kierkegaard’s insight that we must live life forward, even though it can only be understood backward.

Obviously, I was in neither the physical nor the psychological state needed to adjudicate the paperwork. Dazed, frightened and depleted by the alarming threat to my mortality and the debilitation of treatment, I demoted the bills to a nasty irritant. An excellent job with good benefits buffeted me from facing what less lucky people confront: a financial crisis triggered by cancer treatment.

Stints in the hospital enlighten many patients about prohibitive co-pays and costs above coverage ceilings for the large sums charged by surgeons, anesthesiologists, radiologists and oncologists; for operating and hospital rooms, tests and scans, medicine and equipment as well as a box of tissues. The title of an article in The Oncologist about the financial distress of insured patients speaks volumes: “The Financial Toxicity of Cancer Treatments.”

Add to these expenditures exorbitant out-of-network fees, the loss of wages resulting from treatment-related appointments and disabilities, the cost of travel to and from the hospital, and the need to hire child care or housekeeping or elder care assistance. All these combined payments can be staggering.

As for the new cancer drugs, pharmaceutical companies apparently charge whatever the market will bear. A new type of medication, a PARP inhibitor similar to the one I receive in a clinical trial, has been approved by the Food and Drug Administration for recurrent ovarian cancer patients. Lynparza, produced by AstraZeneca, costs about $11,000 a month. That would come to $132,000 a year. After a media flap a few years ago over Zaltrap — doctors at Memorial Sloan Kettering boycotted it, saying it was no more effective than a less expensive drug — its producers cut the price in half.

No wonder, then, that people with cancer are more likely to go bankrupt than other Americans. The authors of The New England Journal of Medicine article conclude that the QALY has been underestimated. For a single threshold now, they would suggest either $100,000 or $150,000 per QALY.

Whatever the estimate, a crude ratio of cost effectiveness, like the QALY, seems presumptuous. How can qualitative factors (nausea, fatigue) be converted into quantitative numbers? How can general calculations account for individual variations (my preference for fatigue over nausea) or overriding personal beliefs and principles about what constitutes a valuable existence?

Yet it would help patients like me to participate in sober public conversations on these issues since many of us are aware that individual decisions about medical costs sidestep vexing social questions of why they are inflated and how they will tax our children and grandchildren. At the least, more transparent communications would alleviate widespread fears that living life forward could trip us backward into penury.

For the past three years, the clinical trial in which I participate has covered most cancer-related expenses. When the drug in my trial fails, I want to have some say about whether another year of my life is worth the cost of treatment. But it will take a change in the current way of doing medical business to make that possible.