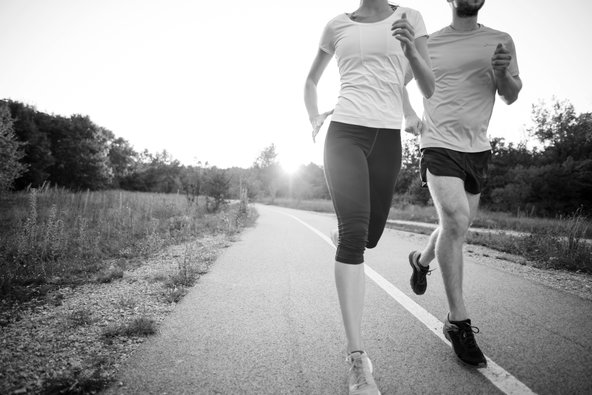 Mice born to mothers that run during their pregnancies grow up to be rodents that love to run as adults, according to a thought-provoking new animal experiment, while pups with sedentary moms had a less-enthusiastic attitude toward exercise. Though it’s a long way from mice to people, the study’s findings hint at the possibility that to some extent our will to work out may be influenced by a mother’s exercise habits during pregnancy, and begin as early as in the womb.

Most of us have probably observed that activity patterns tend to run in families, a situation that has been confirmed in studies involving both people and animals. Children whose parents are sedentary often tend to be inactive themselves, whereas parents who are physically active typically have children who move around and exercise often.

Recent science, however, suggests that there are other, deeper biological influences at work as well, including genetics. A number of studies have identified various snippets of DNA that, if someone carries them, predispose that person to be quite active, while other gene variations may nudge someone toward being a couch potato.

But scientists also have begun to wonder about the role of a process known as developmental programming. According to this theory, a growing baby’s body and its very DNA can be changed by the environment it experiences in the womb and immediately after birth. These changes may, in turn, affect lifelong health and disease risk. Mouse pups born to mothers that become overweight and metabolically unhealthy during pregnancy, for instance, are more likely to be overweight and diabetic as adults than genetically identical mice born to mothers that maintain a normal weight during pregnancy.

To what extent developmental programming might affect someone’s willingness to work out, though, had rarely been explored.

So for the new study, which was published this month in the FASEB Journal, researchers from Baylor University and Rice University in Houston gathered genetically identical female mice and put them in cages with running wheels. Mice like running, and most of these animals jogged about six miles a day. After a week with wheels, the females were matched with male mice from the same genetic line. Pregnancies ensued.

At that point, half of the pregnant mice had their running wheels locked so that they could not run freely during pregnancy.

The other mice were allowed to continue running at will throughout their pregnancies, and they did keep running, although their distance and speed declined as they grew heavy with young.

After the babies were born and weaned, the pups were removed to their own cages, without wheels. Their cages were separated from those of the adult mice, so the young mice would not have watched their mothers working out and tried to emulate them.

But at multiple points throughout their lives, this second generation of mice was moved for several days to special cages equipped with unlocked running wheels and monitors that tracked how much they moved when not on the wheels.

During the pups’ childhoods, the scientists noted few differences in exercise behavior between the young mice. But as the animals entered adolescence, those born to running moms started to become enthusiastic runners themselves, putting in more miles on the wheels than the other mice and moving around more frequently in their cages when they were not running.

These differences accelerated as the animals aged, so that during the rodent equivalent of middle age, the animals born to runners were running and moving around significantly more throughout the day than the other mice, even though all of them were genetically the same and had had identical upbringings.

The clear implication of these results is that “a mother’s physical activity during pregnancy likely affects the physical activity of her offspring,” said Robert Waterland, a professor of pediatrics and genetics at Baylor who led with study with his colleagues Jesse Eclarinal and Shaoyu Zhu.

In essence, baby mice with active moms had literally been born to run.

Of course, mice are not people, and this study can’t tell us whether similar programming occurs in our babies if we are active during pregnancy.

The study also can’t explain how exercise during pregnancy affects a developing infant’s later urge to work out. It may be, Dr. Waterman said, that the mother’s physical movements jiggle the womb slightly in ways that alter fetal brain development in parts of the brain devoted to motor control and behavior; or that certain biochemicals produced by the mom during exercise pass through the placenta, affecting the baby’s physiology and gene activity lifelong.

He and his colleagues hope to study those issues in future experiments.

But for now, he said, it’s important that no mother interpret these results as a criticism if she didn’t exercise much during pregnancy. Those of us who have borne children know how exhausting the experience can be. But, he said, if a pregnant woman — with her doctor’s blessings — can walk, jog, swim or otherwise be physically active, she may improve her own health and also, just possibly, instill an incipient love of exercise in the child growing within her.