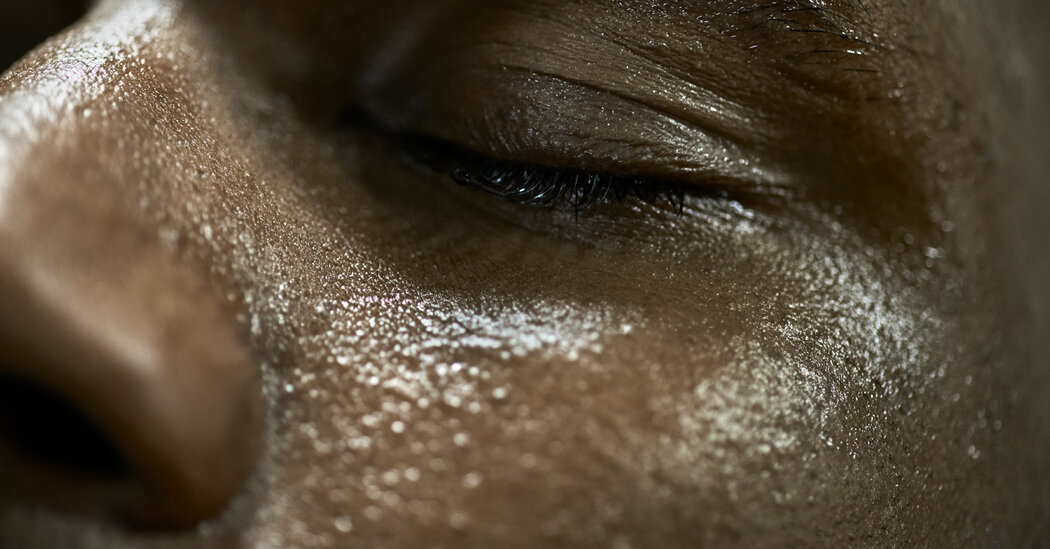 While we exercise, we raise and lower the levels of hundreds of molecules in our bloodstreams that are related to our metabolic health, even if we work out for only a few minutes, according to a complex and encouraging new study of the molecular effects of being active. The study, which involved more than 1,000 men and women, adds to growing evidence that exercise improves our health in large part by transforming the numbers and types of cells inside of us.

There is at this point, of course, no reasonable debate about whether exercise is good for us. It is. Countless studies show that people who are active are less likely than more-sedentary people to develop or die from a host of health problems, including heart disease, diabetes, dementia, cancer, obesity and many others. Active people also tend to live longer and feel happier.

But we still know surprisingly little about just how exercise changes us for the better. What are the many, interconnected biological steps and transmutations that allow a walk today to add to our life span decades from now?

That question has been driving considerable interest recently in research looking at exercise “omics” — the study of all of the molecules in our blood or other tissues that are part of a particular biological process. Genomics, for instance, quantifies the many, many molecules involved in genetic activities. Proteomics does the same for proteins, microbiomics for the multiple contents of our microbiomes and metabolomics for molecules related to metabolic processes. (There can be overlap between various ’omics, obviously.)

Understanding how exercise affects the levels of the various molecules within us is important, because these changes are likely to be the preliminary step in a complex cascade of further biological actions that contribute to better health. Increase some molecules, decrease others, and you jump-start inter-organ messaging, gene expression and other processes that subsequently alter how we make and use insulin, burn or store fat, respond to cholesterol and so on.

A number of important recent studies have delved into the ’omics of exercise, including a fascinating experiment showing that a short workout rapidly changes the levels of 9,815 molecules in people’s bloodstreams. But that study, like most other examinations of exercise and ’omics, involved relatively few volunteers — 36, in that case — and did not link molecular changes with subsequent health outcomes.

So, for the new study, which was published in September in Circulation, researchers at Massachusetts General Hospital in Boston and other institutions decided to up the number of exercisers whose ’omics would be parsed and also try to find connections between the ’omics data and later health.

Conveniently, they had access to a large group of potential volunteers among men and women already enrolled in the long-term Framingham Heart Study, which is overseen primarily by researchers at Massachusetts General Hospital. The scientists now asked 411 middle-aged volunteers enrolled in the study to visit the lab and exercise, by pedaling to exhaustion on a stationary bicycle. Most riders’ efforts lasted for a little less than 12 minutes. The researchers drew blood before the ride and afterward, within about a minute of when, worn out, the cyclists quit.

The scientists then ran the blood samples through a mass spectrometer, a machine that counts and quantifies molecules. The researchers focused on metabolites, which are molecules related to metabolic processes. The label “metabolite” is somewhat arbitrary, but for this study, the researchers focused mostly on molecules that could affect people’s insulin, fat burning, cholesterol, blood sugar and other aspects of cellular fueling.

They found plenty. Of 588 metabolites checked, the levels of more than 80 percent generally grew or dropped during the short rides. To reinforce those findings, the scientists repeated the experiment with another 783 Framingham volunteers, checking their blood before and after exercise for changes in about 200 of the molecules that had been most altered in the first group. Again, these metabolites changed in the same ways as before.

Last and perhaps most intriguing, the researchers created what they called molecular “signatures” of the levels of a few, representative metabolites that changed with exercise. They then looked for these same patterns of metabolites in stored blood samples gathered decades before from past Framingham participants, while also checking to see if and when any of these volunteers had passed away.

The relevant signatures popped up in some of the blood samples, the researchers found, and these samples tended to be from people who had not died prematurely, suggesting that the kinds of metabolite changes that occur with exercise might influence and improve health well into the future.

That idea is “speculative,” though, says Dr. Gregory Lewis, the section head of the heart failure program and director of the cardiopulmonary exercise laboratory at Massachusetts General Hospital, who oversaw the new study. The decades-old blood samples were drawn during standard medical testing, not after exercise, he says, so some people with desirable metabolite signatures might have been born that way and not needed workouts to remodel their metabolites.

Even among the current volunteers, he points out, different people’s molecules responded somewhat differently to their exercise. Over all, people with obesity developed fewer changes than leaner riders, suggesting they might somehow resist some of the benefits of exercise. Men and women, as groups, also showed slightly discordant molecular signatures, but age did not influence people’s molecular responses.

Larger future ’omics studies should help scientists tease out how and why we each react as we do to exercise, Dr. Lewis says, and enable researchers to define more-precise molecular signatures that might indicate, with a blood test, how fit someone is or how their bodies may respond to different types of exercise.

But for now, the current study underscores just how pervasive and immediate the effects of exercise can be. “This was barely 10 minutes of exercise,” Dr. Lewis says, “but it shifted so much” inside people.