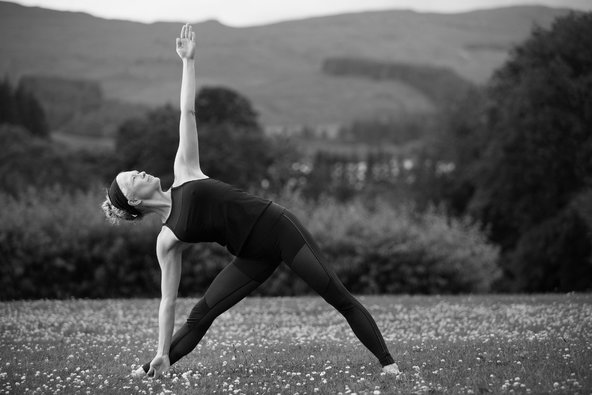 A weekly routine of yoga and meditation may strengthen thinking skills and help to stave off aging-related mental decline, according to a new study of older adults with early signs of memory problems.

Most of us past the age of 40 are aware that our minds and, in particular, memories begin to sputter as the years pass. Familiar names and words no longer spring readily to mind, and car keys acquire the power to teleport into jacket pockets where we could not possibly have left them.

Some weakening in mental function appears to be inevitable as we age. But emerging science suggests that we might be able to slow and mitigate the decline by how we live and, in particular, whether and how we move our bodies. Past studies have found that people who run, weight train, dance, practice tai chi, or regularly garden have a lower risk of developing dementia than people who are not physically active at all.

There also is growing evidence that combining physical activity with meditation might intensify the benefits of both pursuits. In an interesting study that I wrote about recently, for example, people with depression who meditated before they went for a run showed greater improvements in their mood than people who did either of those activities alone.

But many people do not have the physical capacity or taste for running or other similarly vigorous activities.

So for the new study, which was published in April in the Journal of Alzheimer’s Disease, researchers at the University of California, Los Angeles, and other institutions decided to test whether yoga, a relatively mild, meditative activity, could alter people’s brains and fortify their ability to think.

They began by recruiting 29 middle-aged and older adults from the Los Angeles area who told the researchers that they were anxious about the state of their memories and who, during evaluations at the university, were found to have mild cognitive impairment, a mental condition that can be a precursor to eventual dementia.

The volunteers also underwent a sophisticated type of brain scan that tracks how different parts of the brain communicate with one another.

The volunteers then were divided into two groups. One began a well-established brain-training program that involves an hour a week of classroom time and a series of mental exercises designed to bolster their memory that volunteers were asked to practice at home for about 15 minutes a day.

The others took up yoga. For an hour each week, they visited the U.C.L.A. campus to learn Kundalini yoga, which involves breathing exercises and meditation as well as movement and poses. The researchers chose this form of yoga largely because people who are out of shape or new to yoga generally find it easy to complete the classes.

The yoga group also was taught a type of meditation known as Kirtan Kriya that involves repeating a series of sounds — a mantra — while simultaneously “dancing” with repetitive hand movements. They were asked to meditate in this way for 15 minutes every day, so that the total time commitment was equivalent for both groups.

The volunteers practiced their programs for 12 weeks.

Then they returned to the university’s lab for another round of cognitive tests and a second brain scan.

By this time, all of the men and women were able to perform significantly better on most tests of their thinking.

But only those who had practiced yoga and meditation showed improvements in their moods — they scored lower on an assessment of potential depression than those in the brain-training group — and they performed much better on a test of visuospatial memory, a type of remembering that is important for balance, depth perception and the ability to recognize objects and navigate the world.

In effect, yoga and meditation had equaled and then topped the benefits of 12 weeks of brain training.

“We were a bit surprised by the magnitude” of the brain effects, said Dr. Helen Lavretsky, a professor of psychiatry at U.C.L.A. who oversaw the study.

How, physiologically, yoga and meditation had uniquely changed the volunteers’ brains is impossible to know from this study, although reductions in stress hormones and anxiety are likely to play a substantial role, she said. “These were all people worried about the state of their minds,” she pointed out.

Movement also increases the levels of various biochemicals in the muscles and brains that are associated with improved brain health, she said.

Whether other forms of yoga and meditation or either activity on its own might likewise bulk up the brain remains a mystery, she said. But there may be something especially potent, she said, about combining yoga with the type of meditation practiced in this study, during which people were not completely still.

The Alzheimer’s Research and Prevention Foundation, which partially funded this study, provides information on its website about how to start meditating in this style, if you would like to try.