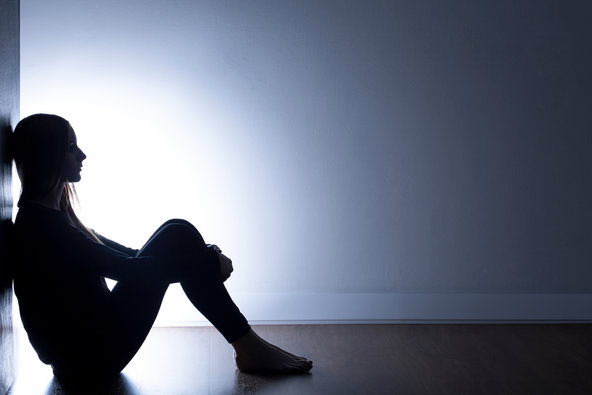 The laid-back, underachieving boy; the hyperachieving, anxious girl. Over the three decades since I graduated from medical school, and especially over the past 10 years, this pattern has become increasingly common in my practice.

In one case, which is pretty typical, my patient’s parents are concerned about their son. He’s not working hard at school and his grades are sliding. At 16, he spends most of his free time playing video games like Grand Theft Auto or Call of Duty, or surfing the Web for pictures of girls. He’s happy as a clam.

Both parents are actually quite proud of their 14-year-old daughter, who is a straight-A student, an athlete and has many friends. But when I met with her, she told me that she isn’t sleeping well. She wakes up in the middle of the night, feeling remorseful about having eaten a whole slice of pizza for dinner. She often has shortness of breath. Recently she has begun cutting herself with razor blades, on her upper inner thigh where her parents won’t see. She hasn’t told her parents any of this. On the surface, she is the golden girl. Inside, she is falling apart.

Why is it that girls tend to be more anxious than boys?

It may start with how they feel about how they look. Some research has shown that in adolescence, girls tend to become more dissatisfied with their bodies, whereas boys tend to become more satisfied with their bodies. Another factor has to do with differences in how girls and boys use social media. A girl is much more likely than a boy to post a photo of herself wearing a swimsuit, while the boy is more likely to post a photo where the emphasis is on something he has done rather than on how he looks. If you don’t like Jake’s selfie showing off his big trophy, he may not care. But if you don’t like Sonya’s photo of herself wearing her bikini, she’s more likely to take it personally.

Imagine another girl sitting in her bedroom, alone. She’s scrolling through other girls’ Instagram and Snapchat feeds. She sees Sonya showing off her new bikini; Sonya looks awesome. She sees Madison at a party, having a blast. She sees Vanessa with her adorable new puppy. And she thinks: I’m just sitting here in my bedroom, not doing anything. My life sucks.

Boys are at lower risk for the toxic effects of social media than girls are, for at least three reasons. First, boys are less likely to be heavily invested in what you think of their selfies. “Does this swimsuit make me look fat?” is a question asked by girls more often than by boys. Second, boys tend to overestimate how interesting their own life is. Third, the average boy is likely to spend more time playing video games than Photoshopping his selfie for Instagram. And in video games, unlike social media, everybody truly can be a winner, eventually. If you play Grand Theft Auto or Call of Duty long enough, you will, sooner or later, complete all the missions, if you just keep at it.

Parents can’t easily change any of those factors. You can’t easily get a girl to be less concerned about her looks; or to overestimate how interesting her own life is; or to care more about completing all the missions in Grand Theft Auto than about how many likes she’s getting on Instagram (nor is it clear that this last change, even if accomplished, would be a change for the better). So what can you do, to improve the odds for your daughter?

If your daughter is the girl sitting in her bedroom looking at other girls’ social media, maybe she shouldn’t be in her bedroom at all. In the typical American household today, when kids go home, they go to their bedrooms and aren’t seen again except perhaps for meals. That’s crazy. A family can’t be a family if the kids spend more time alone in their bedrooms than with their family members. Insist that your daughter, or son, do whatever they’re doing online in a public space: in the kitchen or the living room. There should be nothing in the bedroom except a bed: no TV, no PlayStation, no screens. That’s the official recommendation of the American Academy of Pediatrics.

Another suggestion: fight for suppertime. And don’t allow phones at the table. In a 2013 Canadian survey of kids across a range of backgrounds, those who had more meals with parents were much less likely to have been feeling sad, anxious or lonely. They were more likely to help others and more likely to report being satisfied with their own lives. But be mindful of what you say at the table. Discussions of poor grades or disappointing test scores are out of bounds. The Palestinian-Israeli conflict? Of course. The origin of the universe and the meaning of life? Certainly. But the personal shortcomings of your child are, as a rule, not appropriate suppertime conversation in a loving family.

A third suggestion: No headsets and no earbuds in the car. When your child is in the car with you, you should be listening to her and she should be listening to you – not to Justin Bieber or Miley Cyrus or Akon or Eminem. Teach the art of face-to-face conversation. Or play a word game. Or have the whole family sing a song. Or make up a limerick, as my family and I did last night. It sounds corny, but it helps.

If your daughter is not sleeping at night, or is cutting herself with razor blades, then limericks at the dinner table are not likely to be a sufficient cure. I do prescribe medication, cautiously and judiciously, for the clinically anxious girl. There is also a role for professional counseling, alongside or sometimes in place of medication. Regardless, medication should never be the most important part of the treatment. The most important part of the treatment is to prioritize the family, to give your child a secure grounding in a loving home.

Leonard Sax is a psychologist and a practicing family physician in West Chester, Pa., and the author, most recently, of “The Collapse of Parenting.”