The author in the Adirondack Mountains of upstate New York in 2007, during his second stay in a wilderness therapy program. Credit…via Kenneth R. Rosen 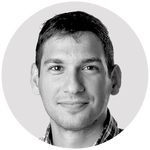 All I heard was rain, my thumping heart harmonizing with the tempo of the tempest outside. I waited for the night watchman’s light to sweep over my bunk. He disappeared into the hallway, into the next room of clients who he noted to himself were present and asleep and so moved to the next room.

When he entered another room, I hurried behind him, crouching, to the central alcove, from where I made my escape. My plan included a list — backpack, peanut butter, headlight, rain gear, stolen MapQuest printouts, knife — and a destination, Boston. I’d run to an unfamiliar city, across a state to which I’d been taken against my will, to meet a future I could not be certain was any better. The rain seemed less like a portent, more an encouragement, as if each wind gust carried with its rivulets the words, It’s your time. They’ll never find you. Go now.

They were the escorts. Transporters. Redirection specialists. They, usually two men who take unsuspecting teenagers in the middle of the night to therapeutic programs across the country, went by different names. I was certain they were coming for me. They had come for me several months before the night of my escape, in late winter 2007, at the request of my parents who saw no other way to set me straight. My mom and dad hired the men, after consulting with school officials, psychologists and an education consultant, to take me from my bed and to deliver me like a wasted soul to an experiential therapy program in the Adirondack Mountains in upstate New York. They believed they were practicing “tough love,” making the difficult choice to send their child away to forge a better future away from home.

From New York I’d go on to a program in Massachusetts. I did not know it then, but I’d become one of the tens of thousands of “troubled” or “at-risk” teenagers carted off to these unregulated, private industries each year.

The years leading up to my being taken and the eventual break out is now a blur of misanthropy. I was reckless, taking my mom’s car out for joy rides without permission, skipping class, distrusting authority figures like the high school principal and local municipal authorities sent to curb my behavior, to put me back on a path more, how should we say, normal.

In the nearly 12 months I’d spend between the experiential wilderness therapy program (twice), a therapeutic boarding school in Massachusetts and a residential treatment center on a ranch in Utah, I lived up to the designation of a troubled teen. The programs were what the media called part of a tough love movement, which flourished in the early aughts but still exists today.

I’d return that type of love to my parents, ignoring their written letters, our only form of communication, vetted and censored by my “therapists.” I felt betrayed and discarded. They pleaded with me to accept the programs and to do my best to succeed in them. It felt like they wanted me gone. Really, I was being groomed for institutionalization. The juvenile and criminal justice systems the programs ventured to save me from instead prepared me for adult incarceration. By the end of my time away I recognized a bliss associated with handcuffs. Lockup and lockdown meant the familiarity of strip searches, drug tests, isolation cells and men who handled me like I was worthless: hallmarks of the programs that became synonymous with the word homebound.

But losing any self-actualization and inner-direction came later. On the night of my escape, I still believed I held some agency over my future, shrouded in uncertainty though it was. What would I do in Boston? I didn’t care. How would I earn money? Where would I stay? I would figure it out once I was far away from this place.

My parents were no longer trustworthy. They were part of the growing number of my adversaries working to keep me from personal liberties. At the program I was restricted access to food. I was allowed only communication with my parents, not my friends back home. If I chose not to respond to my parents, I would also be cut off from my peers in the programs. Either way, I’d lose.

I was given prescription medication to ease my anxiety and depression, which left me hollow and numb. I was made to answer questions about my life and emotions until, I was told, I got them right, framing things in a way the program and therapists felt more accurately told a story about my deviance that I then internalized. My journals were confiscated, their private contents used against me in “therapy sessions.”

I wasn’t troubled or bad. I was alone, all the angst and hormonal shifts of adolescence compounded and weaponized against me. I was backed into a corner and told to change, made to think I’d become reproachable and unwanted. What they wanted from me — to be happy, well-adjusted, open to therapy and the mind-numbing boredom I associated with schooling — seemed a betrayal of the very thing they wanted me to be: myself.

Meanwhile, I had broken a number of rules at the school — “cheeking” medication, drinking hand sanitizer, fraternizing with girls. I was certain then, by the fourth month at the program, that I was doomed for another “transport.” Then one night they came.

I’d been waiting, staring deep into the white ceiling overhead, my inability to sleep soundly forever cemented. Before I could jump down from the top bunk bed, the escorts announced that they were there for a different boy, my roommate. He stood from his bed, his head hanging. He pulled a pre-packed suitcase from underneath his bed (we all had our own type of go-bag), gave a weak smile, shrugged, told me he’d see me again, however unlikely, and left with the men flanking him out the door, choosing to go, as they called it, the “easy way.” He had already gone the “hard way.”

Picked off. Kidnapped. Taken. Call it what you wish, but trying to sleep each night with the notion that a pair of strangers could come to lift you from your bed, whether your actions were deserving of this treatment or not, haunts me, haunts thousands. Having watched my roommate get taken was surreal. It made real for the first time what had happened to me, brought into context that it was happening to others, and eventually sold me on my own desire to flee. I would not wait to be taken. I had to get out. No one would take me. I would lead myself away.

Now, standing outside the central alcove with my back to the doorways of the program, I stared into the fields of the Berkshire mountains, another expanse of seclusion and remove, the rain washing over me in blinding sheets. I bent into the storm, leaning into the wind that soon turned, pushed at my back, leading me away from this place into the deep, heaving thicket at the far end of the program’s property.

I vaulted a fence and tore my rain pants. Water and a cold breeze swept into the tear. I began to shiver. Boston seemed farther than ever, the return to my previous life an impossibility. My mother once told me “to strive, to seek, to find, and never to yield,” cribbed from the Tennyson poem. But yield I would, turning around and greeting my future and any hope I had for making it my own. I was told I was troubled and believed it and ran because that’s what bad kids did.

I unceremoniously turned myself in to the night watchman because I had lost all strength to continue being bad. I wanted to be good, loved. It was as much a desire to get away that drove me from the program as it was a display of disapprobation and the final displacement of my waning emotional strength. I would fold into the programs, accepting that if I were to change it would be by a force better accepted than rejected, one that had overpowered and broken me into a shell of my former self.

Those programs are now a distant memory, but the contours of those inescapable feelings of rejection and dismissal, of living up to the expectations held by others and not myself, follow me. When I find the energy to keep those memories from chaining me to a different person, a different time, I do my best never to yield.

Kenneth R. Rosen is the author, most recently, of “Troubled: The Failed Promise of America’s Behavioral Treatment Programs.”