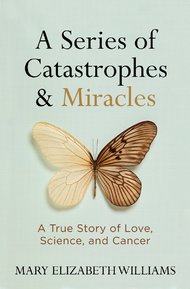 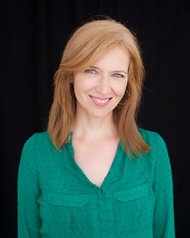 Mary Elizabeth Williams’s latest book, “A Series of Catastrophes and Miracles,” starts with the spoiler: This is a cancer memoir with a happy ending, where one of those post-scan phone calls comes, at last, with good news.

But the “miracles” of the book’s title go beyond that phone call, just as the catastrophes come on both a grand and small scale. At the core of the book is the story of learning to live a mundane daily life while steeped in the knowledge that that it may not go on much longer. It’s a story of being a family in crisis, and how that is exactly like being a family the rest of time, even when it feels very different.

Ms. Williams’s daughters were 6 and 10 when her cancer was diagnosed, and they are 12 and 16 now. “What are you going to do, sit around all day and contemplate being dead?” she asked.

Every parent will relate to the daily parenting demands Ms. Williams must juggle, even as she is mulling life and death decisions. When the doctor tries to schedule her first surgery, Ms. Williams is hesitant — that’s the day her daughters come home from camp.

And she has to be at work on Monday. They have basketball tickets.

“You’re going to miss your basketball game,” the doctor tells her kindly. but that doesn’t mean she won’t have to decide whether the children go without her, or what’s for dinner that night.

“A Series of Catastrophes and Miracles” chronicles the way ordinary life goes on as the cancer recurs, steadily progressing until she’s invited to join an immunotherapy trial that’s successful for her, but also brings about the unexpected challenges that come with winning a treatment lottery that so many others lose.

It’s clear what the marquee miracle and catastrophe are, but in the book’s smaller moments, the good and the bad blend. One old friend disappears at the news of her cancer. But she tells the story of new friends who send their children to her door bearing a cake. It has a distinctly profane anti-cancer message spelled out in candy.

“Our moms made you something,” the 6-year-old explains. “It has a bad word on it.”

Family life, treatment plans and biopsies become inseparable. First, a birthday party, next, a call announcing the return of the cancer. She walks in the door with that news, but her daughters have news of their own: They have lice.

It all comes together. “I never imagined that having it all would include having cancer,” she writes.

What’s also inseparable from her life as a cancer patient, even one whose treatment is ultimately successful, is the other side — the people in the cancer support group who do not get the phone call with the good news, the father-in-law whose remission does not last. Ms. Williams survives her cancer; others whose stories she tells alongside hers do not, and as best as she can in her role as the one who lives to tell the story, she balances life and death, and their different catastrophes and miracles.

“I want it to be really, really clear that this is not some happy, peppy, one woman’s triumph story,” she said. She was one success from the early trials of immunotherapy, a promising treatment that’s been widely heralded. But progress on the treatment has been slow, and the approach isn’t always successful.