We joked that she had nine lives.

And like a cat, over the years, no matter the adversity — the extreme toxicities that resulted from her many rounds of chemotherapy, the bowel perforation that left her with an ostomy, the trips to the intensive care unit — she always landed on her feet, the wattage of her personality undimmed.

With the most recent return of her leukemia in the fall, I asked her, not for the first time, if she had been through enough, and would like to forgo any more treatment. 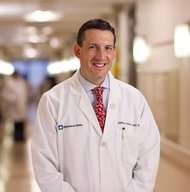 Her partner of 45 years was sitting next to her, his arms crossed over his Cleveland Browns shirt, his hoary beard making his reaction to her comment somewhat inscrutable, other than his nodding. He came to every appointment, and always deferred to her, offering his opinions on the woeful state of Cleveland sports teams, but on nothing having to do with her medical condition. He just quietly supported her decisions. Though I had learned his name when I first met them years ago, I had since forgotten it in favor of what she called him – Boo. I referred to him as “Mr. Boo.”

Whenever her leukemia returned, she never asked about the likelihood that chemotherapy would work. Even if she had, my response would have been, by necessity, vague. No studies of patients who have had multiple relapses of leukemia have compared one treatment approach to another, and those that report outcomes in such patients suffer from what is called “confounding by indication.” In other words, people who are healthier are more likely to be offered chemotherapy, and thus more likely to live longer regardless of what they received. My patient was just such a person.

She entered the hospital to receive more chemotherapy, and as before became profoundly ill, narrowly skirting death yet again. Five weeks later, her blood counts had returned to normal, indicating that the leukemia had receded one more time, and she was back in clinic. I walked into her room to give her the good news.

She was a shadow of her former self.

Slumped in a wheelchair, she sat listing to one side, clutching a tissue in one hand. Mr. Boo sat close by, his arms crossed over a Cleveland Cavaliers shirt. I nodded to him and then asked her how she was doing.

“I’m tired, Lord have mercy I am tired,” she answered. Mr. Boo said nothing. I moved a chair next to hers and held her hand as she cried quietly, the three of us absorbed in her emotions, enveloped by the silence in the room.

“This one was tough,” I said eventually, stating the obvious. She nodded. I turned to her partner. “How’s she doing at home, Mr. Boo?”

“Oh, she’s doing,” he said, rearranging himself to sit up in his chair a little straighter. “It’s hard, though. She spends most of her time on the couch, and gets from there to the bathroom and back. But that’s about it.”

I turned back to my patient, still holding her hand. “How about we take a little break from the treatment?”

She nodded, and we sat in silence again. After a while, she asked “When we gonna get started on chemo again?”

I looked uncertainly at her and then at Mr. Boo. He looked back at me, awaiting my reply. This time, I rearranged myself to sit up a little straighter in my chair.

“Well, I have to wonder if giving you more chemotherapy is the right thing to do, with all that you’ve been through. I’m wondering if we should be talking about bringing more care into your home, to assist both you and Mr. Boo. Maybe even hospice.”

I had said the word.

Though I explained to her the many benefits of hospice, how their providers could help her at home in a way I couldn’t in relieving her symptoms, and in making her more comfortable, she didn’t meet me in the eyes for the rest of the appointment, almost as if I had betrayed her.

She hadn’t been eating or drinking much at home, so I admitted her to the hospital for a few days for hydration and she perked up, rising like Lazarus yet again, and returned to my clinic the following week.

She was smiling, laughing, had been doing well with physical therapy, and even was able to get out of her wheelchair to the exam table.

And she wanted to discuss the next round of chemotherapy.

For my patient, I came to see, treatment was inextricably linked to hope, and I suspected that it was her hope, much more than the chemotherapy, that had kept her going years beyond what I would have predicted.

But I was the one who had to keep writing orders for the chemotherapy, albeit in low doses, that was keeping her hope, and thus her, alive.

Was that so wrong?

Dr. Mikkael Sekeres is director of the leukemia program at the Cleveland Clinic.