Most children who play team sports will not win a college scholarship. But that doesn’t mean that we can’t learn something from collegiate coaches who spend countless hours evaluating high school athletes on and off the field. As it turns out, the advice head coaches have for prospective recruits will help any student succeed, even those who don’t plan to play sports in college.

We spoke with several college coaches from a variety of sports about the qualities they look for in a student as they try to build a successful team. Here are edited excerpts of what they had to say. 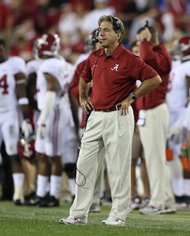 Nick Saban, head football coach at the University of Alabama

I tell my players to focus on what you have to do to succeed rather than the result itself. This is true if you want to climb Mount Everest, be the president of IBM or play for Alabama. I ask them: what are your goals, what do you hope to accomplish, and how is your behavior now helping you accomplish those goals? Whether we win or lose, there are technical aspects for every player, things that they did well and things that they did poorly. My focus is on improvement. One game doesn’t define success — it’s momentary. It’s about consistency and performance.

I always talked to my [own] kids after their games and looked for the life lessons that came from the things they did or other things that happened in the game. [As a parent] you can have these discussions or leave it to the coach. I think sometimes you need to prepare your child to respond to adversity: If I want to play more, then I need to work harder. Everyone is not entitled to an opportunity to play. That’s not the way of the world. You have to earn your way.

Think of [college] as a 40-year decision, not a four-year one. The life lessons learned at that institution will affect them forever. 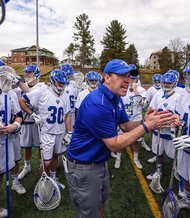 We all think our kids are the greatest but what is the reality? If your child is talented and loves it, be sure to provide them with competitive opportunities to grow their game and to gain exposure but keep it in perspective.

Candidly, I worry about the money that is spent today on competitive youth sports. While families do need to engage in the process and attend tournaments and showcases, they do not need to do it all the time, nor should they take out a second mortgage on the house to pay for it.

I always find it interesting to get a voicemail from a parent saying that their son is so busy that he can’t call me himself. Until that kid picks up the phone, I assume they are not interested. When you see a kid who has taken ownership of the process, it tells you that, by and large, they will take ownership of other things in their lives, too. 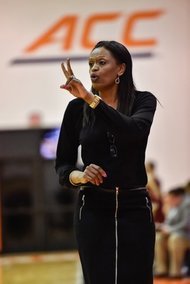 The kind of athlete I’m looking for is one who can handle adversity. Today, a lot of parents walk around with a safety net so their children won’t get hurt or disappointed — but I want a tough player who understands that when I push them it’s not personal, it’s because I know they have the ability to be better. We need to help our children develop a little toughness so that when they experience toughness down the road, they don’t shut down or shatter emotionally.

Parents should look for a good youth coach who demands the best of their kids but is not over the top.  Find a coach who fits your child’s personality and who you feel comfortable with as a parent. So when your child says the coach is being tough, you can back up that coach and agree that maybe your child isn’t playing up to his or her potential. That’s what I tell my own daughter when she’s disappointed after a game. Parents need to uphold a coach’s authority, not undermine it.

There are kids I don’t recruit because I see their social media. When I see an inappropriate [post], like provocative pictures or inappropriate language, it’s a red flag. It not only tells me about the player, it also tells me that their parents are obviously not aware of what’s going on in their teen’s world, and I don’t feel like I’m going to have that backing from a parent if I have an issue with that child. 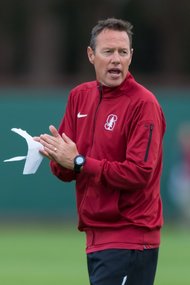 The biggest asset I look for on the field, past athleticism and skill, is intrinsic drive. The most successful student athletes that I have coached are the ones that, first minute or last minute, winning or losing, hot day or cold day, cup final or “easier game,” show the same type of attitude. If somebody has that drive and work ethic, they will continuously grow and develop. As a coach you are not really recruiting the student athlete for today, you are recruiting who they are going to become and who you think they can be.

Everybody has moments when they’re upset and not happy with an outcome. As a parent you can either join in the complaining process or sensibly say to your kids, “What do you think you can do about it? Or what can you do next time?” When a child complains about their coach, you can either join in with the process or you can say, “Have you spoken to your coach about this?” to help guide them to take control of their situation.

Being successful requires the same traits no matter what you do. If somebody is a good student, they have already shown perseverance and a desire to succeed. That means they’ve already learned certain skills that are going to make them a good athlete for us. I talk to our student athletes about Dr. Carol Dweck’s work on the growth mind-set, and explain that those are the types of people who are the foundations of our program. People who have been extremely successful have often been reinforced with the fixed idea that they are good and they are special. Then when they move up the levels, I think a great university can sometimes take a huge sledgehammer and smash their ego to smithereens. Now they are no longer top of the heap. They are no longer the superstar athlete. Based on the fixed reinforcement they’ve had their whole life, it logically follows that they are now bad and they are no good. So by educating people that it is a continuous journey, they’re able to handle the situation in a more positive manner. 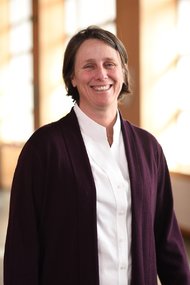 We look for athletes who are also serious students, ones who are challenging themselves in the classroom by taking tough courses and doing well in them.

With travel leagues, parents should ask themselves: What will my child be missing by not playing for our town’s team or for their high school? While the players on travel teams are all close in age, in high school a freshman may be playing with a senior and vice versa. Kids learn social skills when they have to play with people of different ages and levels. Upperclassmen are learning to be leaders, and freshmen are learning to be part of a team’s culture. These are skills that kids need to play at the college level and later on in the workplace.

To play at an elite level, you’re going to have to play at the club level. But you don’t have to be on the road every weekend so that you’re missing family vacations, not forming friendships with the kids in the neighborhood or giving up a chance to play another sport.

Ninety percent of our athletes played multiple sports in high school. Multi-sport play reduces overuse injuries and exercises different muscles — but there’s also a learning benefit. You might be the star lacrosse player but when it comes to basketball, you may be on the bench for most of the game. It’s a good learning experience for a kid to have to sit on the bench. It puts them in another person’s shoes and teaches them empathy, which will make them a better leader and teammate. 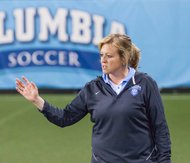 As children get older, it’s important to teach them how to self-reflect. Instead of giving your opinion right away, ask them what they thought about the game. If they’re too hard on themselves, stop them and say, here are two or three things you did well and here’s the thing you’ll need to work on for next time. Help them learn to process it.

We vet players by talking to their club coaches. I want to know: Is this the kid who after practice is by themselves, wearing their headphones, walking quickly off the field? Or is this the kid who picks up the cones and the pinnies and helps out? I want the kid who picks up the cones, who has that awareness of other people. In developing a team, I look for people who are not selfish. I honestly would take A- or B+ level talent but A+ characteristics because those people tend to rise when things get harder.

Lisa Heffernan is the author of three business books and writes about parenting in the high school and college years at Grown and Flown. You can find her on Facebook.

Jennifer Breheny Wallace is a freelance writer based in New York and the mother of three children. You can follow her on Twitter @Wallacejennieb.