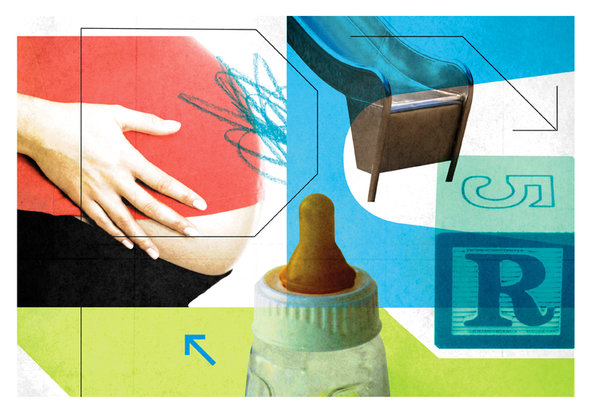 Having a child through vaginal delivery increases the risk for long-term urinary incontinence compared to having a cesarean delivery, researchers report.

Scientists pooled data from 16 studies of women in nine countries. Some of the studies examined the effect of delivery mode on stress urinary incontinence, or the involuntary loss of urine that can occur on physical exertion or as a result of sneezing or coughing. Others looked at urge incontinence, marked by a sudden urgent desire to urinate. The analysis is in European Urology.

Tested at age 30, the risk for stress urinary incontinence was more than two and a half times as high for vaginal delivery as for cesarean section. The risk declined with age, and by age 60, the risk was 29 percent higher. Whether the vaginal delivery was spontaneous or assisted with instruments made no difference. The risk for urge incontinence was also slightly increased.

“We are not advocating C-sections to prevent incontinence,” said the senior author, Dr. Kari A.O. Tikkinen, a urologist at Helsinki University Central Hospital. “The absolute risk is quite small. But women should know about this, and discuss the issue with their physicians.”