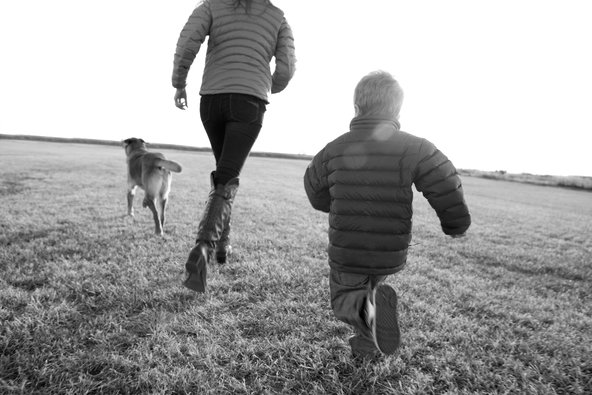 Young rats prone to obesity are much less likely to fulfill that unhappy destiny if they run during adolescence than if they do not, according to a provocative new animal study of exercise and weight. They also were metabolically healthier, and had different gut microbes, than rats that keep the weight off by cutting back on food, the study found. The experiment was done in rodents, not people, but it does raise interesting questions about just what role exercise may play in keeping obesity at bay.

For some time, many scientists, dieting gurus and I have been pointing out that exercise by itself tends to be ineffective for weight loss. Study after study has found that if overweight people start working out but do not also reduce their caloric intake, they shed little if any poundage and may gain weight.

The problem, most scientists agree, is that exercise increases appetite, especially in people who are overweight, and also can cause compensatory inactivity, meaning that people move less over all on days when they exercise. Consequently, they wind up burning fewer daily calories, while also eating more. You do the math.

But those discouraging studies involved weight loss. There has been much less examination of whether exercise might help to prevent weight gain in the first place and, if it does, how it compares to calorie restriction for that purpose.

So for the new study, which was published last week in Medicine & Science in Sports & Exercise, researchers at the University of Missouri in Columbia and other schools first gathered rats from a strain that has an inborn tendency to become obese, starting in adolescence. (Adolescence is also when many young people begin to add weight.)

These rats were young enough, though, that they were not yet overweight.

After weighing them, the researchers divided the animals into three groups.

One group was allowed to eat as much kibble as they wished and to remain sedentary in their cages. These were the controls.

Another group, the exercise group, also was able to eat at will, but these animals were provided with running wheels in their cages. Rats like to run, and the animals willingly hopped on the wheels, exercising every day.

The final group, the dieting group, was put on a calorie-restricted meal plan. Their daily kibble helpings were about 20 percent smaller than the amount that the runners ate, a portion size designed to keep them at about the same weight as the runners, so that extreme differences in body size would not affect the final results.

After 11 weeks, all of the animals were moved to specialized cages that could measure their metabolisms and how much they moved around. They then returned to their assigned cages for several more weeks, by which time they were effectively middle-aged.

At that point, the control animals were obese, their physiques larded with fat.

The runners and the lower-calorie groups, however, although they also had gained ounces, had put on far less weight than the controls. None were obese.

Both exercise and portion control, in other words, had effectively protected the animals against their fated fatness.

But beneath the skin, the runners and the dieters looked very unalike. By almost all measures, the runners were metabolically healthier, with better insulin sensitivity and lower levels of bad cholesterol than the dieters. They also burned more fat each day for fuel, according to their metabolic readings, and had more cellular markers related to metabolic activity within their brown fat than the dieting group. Brown fat, unlike the white variety, can be quite metabolically active, helping the body to burn additional calories.

Interestingly, the runners also had developed different gut microbes than the dieters, even though they ate the same food. The runners had greater percentages of some bacteria and smaller populations of others than the dieters or the control group; these particular proportions of gut bugs have been associated in a few previous studies with long-term leanness in both animals and people.

Perhaps most striking, “the runners showed no signs of compensatory eating or compensatory inactivity,” said Victoria Vieira-Potter, an assistant professor of nutrition and exercise physiology at the University of Missouri who oversaw the study. They didn’t scarf down more food than the control group, despite running several miles every day and, according to the specialized cages, actually moved around more when not exercising than either of the other groups of rats.

In essence, the runners, while weighing the same as the dieters at the end of the study, seemed better set up to avoid weight gain in the future.

Of course, these were rats, which do not share our human biology or our tangled psychological relationships with food and body fat.

This study also involved young, normal-weight rodents and cannot tell us whether exercise or dieting alone or in combination would aid or hinder weight loss in people (or animals) who already are overweight, Dr. Vieira-Potter said. Metabolisms change once a body contains large amounts of fat, and it becomes increasingly difficult to permanently drop those extra pounds.

So better to avoid weight gain in the first place, if possible. And in that context, she said, “restricting calories can be effective,” but exercise is likely to be more potent in the long term and, of course, as common sense would tell us, doing both—watching what you eat and exercising—is best of all.