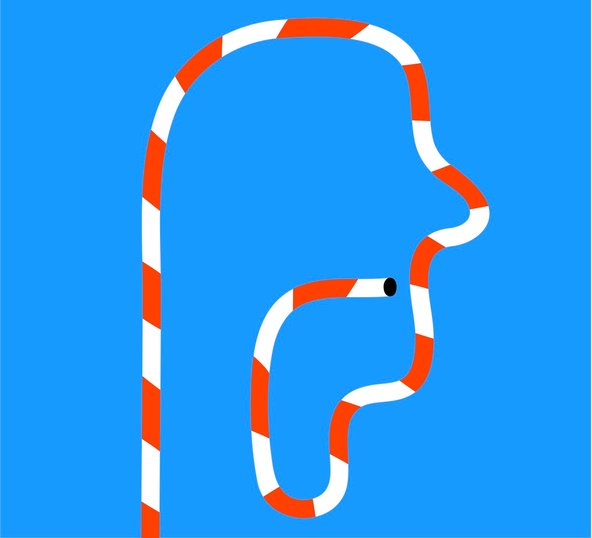 On Thursday we asked Well readers to take on the case of a 7-year-old boy who’d been having fevers and drenching sweats nightly for over a month. More than 300 of you wrote in, and although 20 of you came up with the right diagnosis, only three of you figured out both the diagnosis and the test needed to confirm it.

The correct diagnosis is…

The diagnosis was made based on a lymph node biopsy.

The first reader to suggest this diagnosis and the test was Dr. Malkhaz Jalagonia, an internist from Zugdidi, in the Republic of Georgia. He says he’s never seen a case like this, but he’s fascinated by zebras and so recognized the disease immediately. Well done, Dr. Jalagonia!

One of the reasons I chose this case was that, although this diagnosis is rare in life, it was the most frequently suggested diagnosis in my last column – the one about the middle-aged man with a cough for over a year. I thought it would be fun to show what valley fever really looks like. Hope you did too.

Coccidioidomycosis is a lung infection usually caused by inhaling the spores of a tiny fungus called coccidioides. This organism grows as a mold, a few inches below the surface of the soil in deserts in parts of the southwestern United States, Mexico and other countries of Central America.

In dry conditions, the fungus becomes fragile and is easily broken up into tiny single-celled spores that can be sent airborne with even the slightest disturbance. And once these single cells are aloft they can remain suspended there for prolonged periods of time.

Infection is usually acquired by inhaling the spores. Once lodged in the lung, the organism begins to reproduce almost immediately. The time course between exposure and disease depends on the inhaled dose and the patient’s immune system.

Symptoms, or No Symptoms

Disease severity varies considerably. Nearly half of those who breathe in these spores have no symptoms, or symptoms are so mild they never visit the doctor’s office.

More severe infection usually takes the form of a slowly progressive pneumonia known as coccidioidomycosis, or valley fever. This illness is characterized by a cough, fevers, chest pain, fatigue and sometimes joint pain. Indeed, because of the prominent joint pain, in some cases — though not this one — the disease is also known as desert rheumatism.

Rashes are also seen in many patients. Those who get a rash seem to have a more benign course of illness. The thinking is that the skin symptoms are the result of an aggressive immune response in the host to the pathogen.

Symptoms can last for months, and in many cases they resolve without treatment. But in some cases they get worse.

Those who seek medical attention are often not diagnosed — or not diagnosed quickly — because the symptoms of valley fever are not very specific, and few of the tests that doctors usually order have features that are unusual enough to suggest the diagnosis.

Chest X-rays are often normal. Blood tests may be normal as well, though some patients, like this child, have an unusually high number of a type of white blood cell known as eosinophils. These cells are usually seen in allergic responses or with infections due to parasites.

The most important clue to the possibility of this infection is travel to one of the areas where the fungus lives. In the United States, valley fever is endemic primarily in Arizona and southern California, as well as parts of southern New Mexico and West Texas. Indeed, the name valley fever is a shorter and more general term for an earlier name, San Joaquin Valley fever, because it was so common in that part of California.

While this infection may cause only a minor illness in many, there are some – like this child – for whom the disease can spread beyond the lungs into the rest of the body. Disseminated coccidioidomycosis is usually seen in those with some problem with the immune system – an underlying disorder such as H.I.V., for example, or because someone is taking immune suppressing medications such as prednisone.

Once out of the lungs, the bugs can go anywhere in the body, though they seem to prefer joints, skin or bones. Those with disseminated disease have to be treated for a long time – often up to a year, or occasionally for life.

The little boy had been sick for nearly a month, and his parents were getting quite worried. He was pale, thin and really, really tired.

With their pediatrician’s encouragement, they had gone on a long planned, much anticipated vacation to the mountains of Colorado. But the child wasn’t getting better, and so his mother took him to yet another doctor – this one in a walk-in clinic.

The results of some simple blood tests done at that visit worried the doctor, who suggested that the boy be taken to a hematologist, a specialist in diseases and cancers of the blood.

Now the parents were terrified. The mother faxed copies of the lab results to her brother, a researcher in immunology. He wasn’t a physician but showed the results to friends who were. They agreed with the doctor at the walk-in clinic: The boy needed to be seen by a hematologist.

A Series of Specialists

The next morning the family headed home to Minneapolis. They took the boy to his regular pediatrician, who sent them to a hematologist. It wasn’t cancer, that specialist told them. Maybe some kind of severe food allergy, he suggested, and referred them to a gastroenterologist.

Not a GI thing, that specialist told them, and he referred the now nearly frantic family to an infectious disease specialist and a rheumatologist.

Nearly 10 days after getting the alarming blood test results, the couple and their child found themselves in the office of Dr. Bazak Sharon, a specialist in infectious diseases in adults and children at the University of Minnesota Masonic Children’s Hospital. After introducing himself, Dr. Sharon settled down to get a detailed history of the boy and the family.

A Desert Visit, but Other Possibilities

When Dr. Sharon heard that the family had spent a week at a ranch in the desert of Arizona, he immediately thought of coccidioidomycosis. The fungus isn’t found in Minnesota or Colorado – which is probably why other doctors hadn’t considered it. But it is all over the part of Arizona where they’d visited.

Still, there were other possibilities that had to be ruled out, including some types of cancer. After Dr. Sharon examined the boy, he sent the family to the lab for a chest X-ray and some blood tests.

The results of those tests were concerning. The child was getting worse. Dr. Sharon wasn’t going to be back in clinic for a week, and he was certain the child needed to be seen and diagnosed well before then. He called a friend and colleague who was taking care of patients in the hospital, Dr. Abraham Jacob, and asked if he would admit the child and coordinate the needed diagnostic workup for the boy.

First Some Answers, Then More Questions

Once in the hospital, the child had a chest CT scan. The results were frightening. The lymph nodes that surround the trachea, the tube that carries inspired air to the lungs, were hugely enlarged. They were so big that the trachea was almost completely blocked. The opening at one point was just two millimeters wide – basically the dimensions of a cocktail straw. Any worsening of his disease might cause the tube to close completely, making breathing impossible.

A pediatric surgeon was brought in immediately. The enlarged lymph nodes had to be removed. First in order to protect the child’s airways. And second because those nodes would reveal what the little boy had.

But trying to do surgery on a 7-year-old boy’s neck was complicated. Although the surgeon could easily feel the enlarged gland in his neck, it was close to many vital blood vessels, nerves and organs. The child had to lie perfectly still, and with most children that could only be guaranteed if they were under anesthesia.

When the anesthesiologist saw the CT scan, the doctors’ concern grew. They could put the child to sleep, but if anything went wrong during surgery and they had to put a tube down his throat into his lungs, they weren’t sure it would be able to fit.

The trachea was so small, there was no guarantee they could get the tube into place. In order to do this safely, they said they needed to use a technique known as ECMO, or extracorporeal membrane oxygenation – basically a machine that allows them to oxygenate blood without sending it to the lungs.

Rather than subject the child to this risky procedure, Dr. Jacob and the surgeon decided to just take a piece of the lymph node out in order to make the diagnosis. Treatment of whatever the boy had would bring the size of the lymph node down.

When the boy was brought to the procedure room, the surgeon explained that he was going to put numbing medicine all around the bump in the boy’s neck and take out a piece of it. The child listened calmly and agreed.

He wasn’t to move at all, the surgeon explained. The child nodded solemnly. He understood. The boy was remarkably mature and so brave throughout the entire process of anesthetizing the region that the surgeon thought he might be able to continue and get the entire node out.

He paused in his surgery and consulted the parents. Would they allow him to try this? Their son was doing so well he was sure he could get it. They agreed, and the surgeon returned to his task. The lymph node came out without difficulty.

It was sent to the lab and the answer came back almost immediately. The swollen tissue was filled with the tiny coccidioides. You can see a picture of these little critters here.

A Year of Medicine

The boy was started on an intravenous medicine for fungal infections. Then after a week it was changed to one he could take by mouth.

Because the infection had spread beyond the lungs, the child will have to take this medication for a year. After starting the medication, the child began to look a little better. Slowly he was less tired. Slowly he started to eat the way he used to.

It was a long road to the diagnosis, and an even longer road to cure, but at least they were on the right one.

The mother called the ranch in Arizona where they stayed to let them know what had happened.
The owner told them that their son was not the only person visiting then who got sick. At least one other guest, there at the same time, had come down with the disease.

Apparently the conditions for spread were perfect. Their stay had started off with some rain, followed by heat and some brisk wind. The moisture helped the fungus grow; the heat dried it out so that it could become easily airborne and inhaled when lifted by the wind.

Although the family has loved their visits to this ranch – this was their second year – the child’s mother tells me that she’s not sure she’ll be going back, at least for a couple of years. Most people exposed to valley fever become immune forever, but because her little boy was so very sick, she’s planning to wait a while before they return.