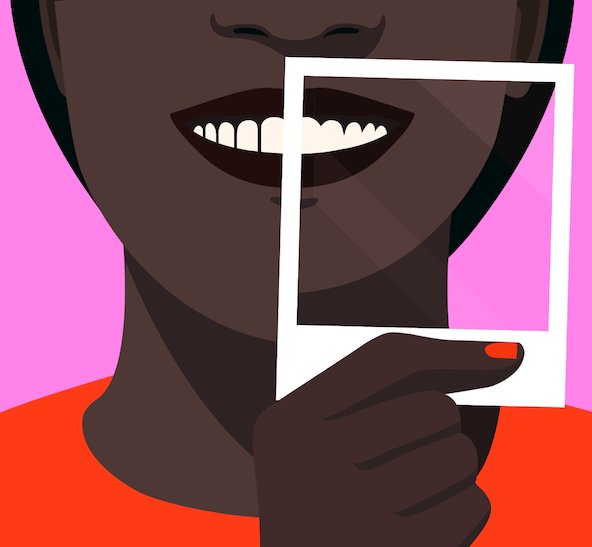 On Thursday we challenged Well readers to take on the case of a 59-year-old woman who had not been able to stop gaining weight. I presented the case as it was presented to the doctor who made the diagnosis and asked for the final piece of data provided by the patient as well as the correct cause of her symptoms.

I thought the tough part of this case was something that few of my readers would have to contend with – that her complaints and past medical history were quite ordinary. Like many of us, she was overweight and she came to the doctor because she had difficulty losing weight. In the background she also had high blood pressure, obstructive sleep apnea and low back pain, knee pain and leg swelling. These are some of the most common reasons patients seek medical attention. Although her problems were run of the mill, the cause was not. And many of you had no difficulty spotting this zebra.

The correct diagnosis was…

The last piece of data, provided by the patient, was a photograph taken several years before. It was only by seeing the changes in the patient’s face that had occurred over the past few years that the doctor recognized that this patient’s problem was unusual.

The first person to make this diagnosis was Dr. Clare O’Connor, a physician in the second year of her training in internal medicine. She plans to subspecialize in endocrinology. She says it was the swollen legs that didn’t compress that gave her the first clue. Well done.

Acromegaly is a rare disease caused by an excess of growth hormone, usually due to a tumor in the pituitary gland of the brain. The disease’s name, from the Greek, serves as a fitting description of the most obvious symptoms: great (mega) extremity (akron). The tumor secretes a protein called growth hormone that signals the liver to produce a substance called insulin-like growth factor 1, or IGF 1, which in turn tells cells throughout the body to start proliferating.

With the flood of IGF 1, soft tissues throughout the body begin to grow. This becomes visible as hands, feet, cheeks, lips and tongue enlarge. Although these are the changes that can be observed, other structures are similarly affected, causing cardiac problems (usually enlargement of the heart muscle or valves), respiratory problems (usually obstructive sleep apnea), metabolic problems such as diabetes, and excessive sweating and musculoskeletal problems such as carpal tunnel syndrome. The patient had all of these problems except diabetes.

Eventually, usually after years of untreated disease, bone will start to expand as well. This patient’s feet weren’t just swollen, the bones themselves were larger. The difference between the patient’s face in the doctor’s office and that in the picture wasn’t due to the years that had passed but to changes in their very structure. The lips, tongue and nose were broader. The bone of the chin was thicker, the cheeks wider.

Worth a Thousand Words

Once Dr. Donald Smith, the doctor who saw the patient at Mount Sinai Hospital, heard the summary of the case from the doctor in training who saw her first, he turned to the patient. Did she have anything to add?

She thought for a moment and then said, “Let me show you a picture.” She reached over to her purse and pulled out her driver’s license. That’s me just a few years ago, she told him. The picture showed an attractive middle-aged woman who bore little resemblance to the one before him. That’s when Dr. Smith knew that there was something more than simple weight gain at work.

It wasn’t low thyroid hormone causing this, he decided. A patient gaining this much weight due to thyroid disease should have other symptoms typical of thyroid disease as well.

Two other possibilities came to mind. Both were diseases of hormonal excess; both were characterized by rapid weight gain. First was Cushing’s disease, which is caused by an overproduction of one of the fight-or-flight hormones called cortisol; the second was acromegaly, which is caused by too much growth hormone.

Dr. Smith looked at the patient, seeking clues that suggested either condition. He saw that just below her neck on her upper back was a subtle area of enlargement. This discrete accumulation of fat, known as a buffalo hump, can occur with normal weight gain, but it is also frequently seen in patients with Cushing’s disease.

Do you bruise more easily these days, he asked? Cushing’s makes the skin fragile, and it bruises more easily. No, she hadn’t seen that. Did she have dark purple stretch marks on her stomach from the weight gain? The rapid expansion of the abdomen can cause the fragile skin of these patients to develop stretch lines. No, again. So maybe not Cushing’s.

Have you changed shoe sizes in the past couple of years? the doctor asked. Enlargement of the hands and feet is rare but is the hallmark of acromegaly. Yes, she exclaimed. Just a few years ago she wore a size 8. Now she can barely squeeze into a size 13.

Can I look at your teeth, the doctor asked. He saw that there were gaps between most of her teeth. Was that new? Yes. She had been told that was from gum disease. “You don’t have gum disease. You have acromegaly,” the doctor declared confidently. The new spaces were evidence that her jaw had, like her feet, simply grown larger.

Dr. Smith referred the patient to Dr. Eliza B. Geer, an endocrinologist who specialized in diseases of the pituitary at Mount Sinai Hospital. She measured the level of growth hormone and IGF 1. Both were dramatically elevated. The final test was a glucose tolerance test. A sugary drink would normally suppress IGF 1. The patient’s level was unaffected. That confirmed the diagnosis; she had acromegaly. An M.R.I. scan revealed a tiny tumor on the pituitary, and a few weeks later the patient had surgery to remove the growth.

From the first moment I heard of this case I wondered, how could this have been missed? How could a woman go through such dramatic changes and not have her doctor think: acromegaly.

And yet this is a diagnosis that is frequently missed. The average time to diagnosis is five years. And, like this patient, most people with acromegaly are seen by many doctors before the correct diagnosis is made. Indeed, it is said that patients are more likely to be diagnosed by a doctor who has never seen them before than by their longstanding regular doctor – because these changes take place slowly, over years.

But in wondering about this missed diagnosis, I suddenly recalled a missed case of my own just over a decade ago. I was a few years into my practice and had a patient who had the same string of common problems: She was overweight, and she had high blood pressure, obstructive sleep apnea, spinal stenosis and carpal tunnel syndrome. She worked hard to keep all of her medical problems well controlled. She was really a model patient. One week she was seen by one of the trainees in my practice. That doctor took one look at her and saw what I had not. She ordered the test for acromegaly. Like this patient, my hardworking patient had clearly had acromegaly for years.

How do we miss this disease? Acromegaly manifests itself in two ways. First, by causing a series of ordinary diseases that are among the most common problems that bring patients to the doctor. Most patients with these medical problems don’t have acromegaly.

It’s the second manifestation that may be the real issue for me and other doctors. The disease clearly causes changes in the face. The picture in my head of what acromegaly looks like is based on two actors affected with the disease: Richard Kiel, who played the murderous character Jaws in the James Bond movies, and Ted Cassidy, who played Lurch in the television series “The Addams Family.”

But those images are misleading. These actors had acromegaly during childhood, before their bones had stopped growing, and so the effect of the disease was profound and permanent. Their bodies were literally shaped by the disease. Mr. Kiel was 7-foot-2. Mr. Cassidy was 6-foot-9. Both had an exaggerated version of the facial changes of bony overgrowth, with prominent brows and massive jaws. Because of these dramatic changes, those who get the excess growth hormone before puberty are said to have gigantism, rather than acromegaly.

In contrast, when the disease strikes during adulthood, the bones have very limited ability to grow. The changes are thus more subtle and so, often enough, the diagnosis is missed.

This patient decided to show her doctor the photograph after a remark made by her sister. What’s happened to your face? she asked. That’s when the patient began to believe that the distressing changes she saw in the mirror weren’t just from getting older.

How the Patient Fared

The patient had surgery to remove the tumor nine months ago and now feels great. She had attributed so many of her symptoms – the fatigue, the sweatiness, the pain in virtually every joint — to getting older and heavier. But it’s clear now that they were caused by the hormonal excess.

The bony changes will be with her forever (goodbye, size 8 feet). But she’s happy that she can see her ankles once more and will finally be able to lose some weight.