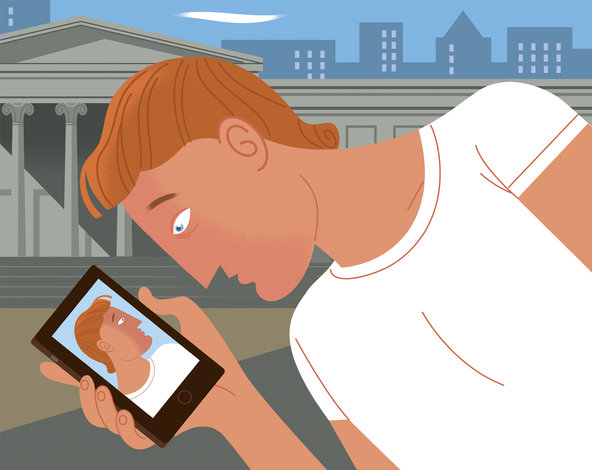 *Highly competitive in virtually all aspects of his life, believing he (or she) possesses special qualities and abilities that others lack; portrays himself as a winner and all others as losers.

*Displays a grandiose sense of self, violating social norms, throwing tantrums, even breaking laws with minimal consequences; generally behaves as if entitled to do whatever he wants regardless of how it affects others.

*Shames or humiliates those who disagree with him, and goes on the attack when hurt or frustrated, often exploding with rage.

*Arrogant, vain and haughty and exaggerates his accomplishments; bullies others to get his own way.

*Lies or distorts the truth for personal gain, blames others or makes excuses for his mistakes, ignores or rewrites facts that challenge his self-image, and won’t listen to arguments based on truth.

These are common characteristics of extreme narcissists as described by Joseph Burgo, a clinical psychologist, in his book “The Narcissist You Know.” While we now live in a culture that some would call narcissistic, with millions of people constantly taking selfies, spewing out tweets and posting everything they do on YouTube and Facebook, the extreme narcissists Dr. Burgo describes are a breed unto themselves. They may be highly successful in their chosen fields but extremely difficult to live with and work with.

Of course, nearly all of us possess one or more narcissistic trait without crossing the line of a diagnosable disorder. And it is certainly not narcissistic to have a strong sense of self-confidence based on one’s abilities.

“Narcissism exists in many shades and degrees of severity along a continuum,” Dr. Burgo said, and for well-known people he cites as extreme narcissists, he resists making an ad hoc diagnosis of narcissistic personality disorder, as defined by the American Psychiatric Association.

The association’s diagnostic manual lists a number of characteristics that describe narcissistic personality disorder, among them an impaired ability to recognize or identify with the feelings and needs of others, grandiosity and feelings of entitlement, and excessive attempts to attract attention.

Dr. Giancarlo Dimaggio of the Center for Metacognitive Interpersonal Therapy in Rome, wrote in Psychiatric Times that “persons with narcissistic personality disorder are aggressive and boastful, overrate their performance, and blame others for their setbacks.”

According to the Mayo Clinic, people with a narcissistic personality disorder think so highly of themselves that they put themselves on a pedestal and value themselves more than they value others. They may come across as conceited or pretentious. They tend to monopolize conversations, belittle those they consider inferior, insist on having the best of everything and become angry or impatient if they don’t get special treatment.

Underlying their overt behavior, however, may be “secret feelings of insecurity, shame, vulnerability and humiliation,” Mayo experts wrote. To ward off these feelings when criticized, they “may react with rage or contempt and try to belittle the other person.”

Dr. Burgo, who sees clients by Skype from his home in Grand Lake, Colo., noted that many “grandiose narcissists are drawn to politics, professional sports, and the entertainment industry because success in these fields allows them ample opportunity to demonstrate their winner status and to elicit admiration from others, confirming their defensive self-image as a superior being.”

The causes of extreme narcissism are not precisely known. Theories include parenting styles that overemphasize a child’s special abilities and criticize his fears and failures, prompting a need to appear perfect and command constant attention.

Although narcissism has not been traced to one kind of family background, Dr. Burgo wrote that “a surprising number of extreme narcissists have experienced some kind of early trauma or loss,” like parental abandonment. The family lives of several famous narcissists he describes, Lance Armstrong among them, are earmarked by “multiple failed marriages, extreme poverty and an atmosphere of physical and emotional violence.”

As a diagnosable personality disorder, narcissism occurs more often in males than females, often developing in the teenage years or early adulthood and becoming more extreme with age. It occurs in an estimated 0.5 percent of the general population, and 6 percent of people who have encounters with the law who have mental or emotional disorders. One study from Italy found that narcissistic personality traits were present in as many as 17 percent of first-year medical students.

As bosses and romantic partners, narcissists can be insufferable, demanding perfection, highly critical and quick to rip apart the strongest of egos. Employee turnover in companies run by narcissists and divorce rates in people married to them are high.

“The best defense for employees who choose to stay is to protect the bosses’ egos and avoid challenging them,” Dr. Burgo said in an interview. His general advice to those running up against extreme narcissists is to “remain sane and reasonable” rather than engaging them in “battles they’ll always win.”

Despite their braggadocio, extreme narcissists are prone to depression, substance abuse and suicide when unable to fulfill their expectations and proclamations of being the best or the brightest.

The disorder can be treated, though therapy is neither quick nor easy. It can take an insurmountable life crisis for those with the disorder to seek treatment. “They have to hit rock bottom, having ruined all their important relationships with their destructive behavior,” Dr. Burgo said. “However, this doesn’t happen very often.”

No drug can reverse a personality disorder. Rather, talk therapy can, over a period of years, help people better understand what underlies their feelings and behavior, accept their true competence and potential, learn to relate more effectively with other people and, as a result, experience more rewarding relationships.