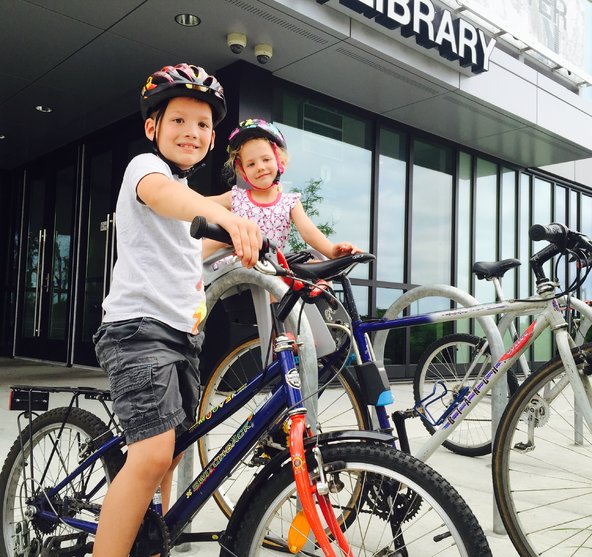 Don’t let summer slip away! Challenge No. 2: Play (and teach your kids) a classic outdoor game, like Capture the Flag.

It’s week two of Well Family’s Intentional Summer, where — to quote an email from Pete Jameson of Ligonier, Pa. — we are making sure to enjoy “the gift that is summer.”

Why be intentional about this most relaxed of times? Summer goes by so fast. One minute, it’s June, and we have all the time in the world for ice cream, drive-in movies and bike rides. The next, it’s August, and too often, we’re left wondering where it went. We want to avoid regrets over missed opportunities. Every week, we’ll offer research-based suggestions for ways to set this season apart from the rest of the year.

Last week, we suggested walking or biking to somewhere you’d usually drive. In our family, a walk to a doctor’s appointment ended in a memorable excursion through a construction zone and under a parking garage — and my 10-year-old was delighted by our “adventure.” Readers tried it too, and reported back: Sam (age 7) and Elisabeth (4) of St. Paul, Minn., (pictured) biked to the library. Anne walked to yoga and back (bonus exercise!). Myriam let our challenge inspire her to start biking to work again after the birth of her baby five months ago: “It was rather hard, my bike is in need of some tuning, I am still sleepy from being up feeding baby at night, but my lungs are so happy and the view of the ocean on the way in was breathtaking.”

On this Fourth of July weekend, many American readers will be joining friends and family at picnics and barbecues. Our second challenge lends itself to a big gathering, though it works well for smaller groups too: Play a classic outdoor game you played in your youth, and teach your kids. If you remember late suburban nights playing flashlight tag or Ghost in the Graveyard under the streetlights, or Capture the Flag in your backyard, this one’s for you.

Anecdotally, parents know our kids spend less time playing outside than we did, and research bears that out. When mothers were questioned about the differences between their childhood experiences and those of their children, 70 percent described playing outdoors daily as children, many for more than three hours at a stretch. By contrast, less than a third of their children played outside every day, and most for far shorter periods — and while most of the mothers said they played street games, only about a fifth of the children ever had. That’s a shame: Outdoor games encourage self-reliance and independence along with an appreciation for just being outside.

“Kids who are used to more structured activities may not know how to create these things on their own,” said Kristen Race, a psychologist and the author of “Mindful Parenting.” With no set number of players and played outdoors, such games encourage a loose creativity (and camaraderie) to develop quickly. “If adults get things started, children will quickly take over,” she said. She suggests pulling aside an older child or two to get things organized. Then, after the adults race around for a bit, sit off to the side and watch the children create their own memories.

We’ve found the rules for some old favorites for you: Ghost in the Graveyard or flashlight tag for evening gatherings that stretch into twilight, or Capture the Flag and Kick the Can for anytime play — but we want to hear about your games, too. If you remember epic nights playing TV tag, tell us how to play and how you recreate them in your yard or local park.

We’ll share reader stories and post next week’s challenge on Thursday, July 7. The real goal: to savor the summer all season long.