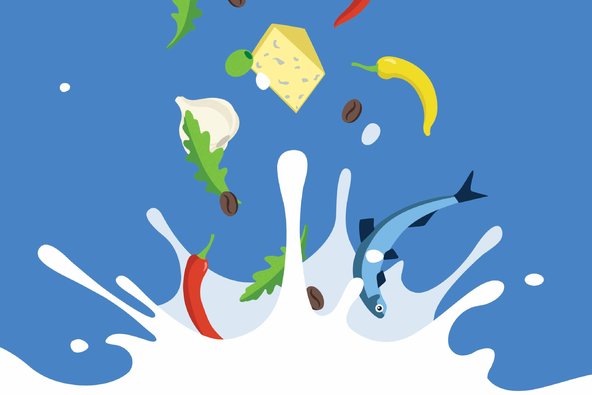 When I had my children I felt that there was a tendency by experts, including those in my own pediatric profession, to push certain principles that took all the fun out of life. This played out for me, in particular, after I gave birth to my first child, and was told as part of my breast-feeding “support” that I should avoid all spicy foods, because they would upset the baby. Like any good Cambridge, Mass., mother, I turned this into an argument about multiculturalism (“What about the mothers in Sichuan?”), but what I really thought was that it harked back to some old ideas about spices heating up the blood, and generally making life too interesting for the nursing mother.

Why are women told to avoid strong flavors when breast-feeding?

Twenty-five years ago, researchers asked a group of nursing mothers to load up on garlic. In the study, “Maternal Diet Alters the Sensory Qualities of Human Milk and the Nursling’s Behavior,” which ran in 1991 in the journal Pediatrics, nursing mothers who ate garlic produced breast milk with a stronger smell, as evaluated by researchers who didn’t know which sample was which. What was most interesting was how the milk tasted to the babies, those poetically named “nurslings.” When the garlic effect was there, the babies stayed longer on the breast, and nursed more vigorously.

Julie Mennella, a biopsychologist at the Monell Chemical Senses Center in Philadelphia, was the lead author on the 1991 study; she has continued to study the effect of early exposures on the development of taste. “Amniotic fluid and mother’s milk have a lot of sensory information,” she told me. “The baby gets the information when they feed on the milk.”

Another study, published in 2001, showed that babies who had been exposed to a flavor in utero or while nursing were more likely to like that flavor when they were weaned.

What goes into your stomach goes into your bloodstream, broken down into molecules of protein, carbohydrate, fat. The flavors cross as well, including potent molecules called volatiles, which carry scent, which in turn heavily influences taste, as you know if you have ever tried to eat something delicious when you have a bad head cold.

The variety of flavors that you eat during pregnancy go into your blood and then into the amniotic fluid, which the baby is constantly drinking, in utero, and the flavors that you eat while nursing cross from the blood vessels that supply the mammary glands into the breast milk. So instead of restricting the maternal diet, there’s now good evidence that by eating a wide variety of healthy and tasty foods during these periods, we are actually doing our babies a major favor.

“Breast-fed babies are generally easier to feed later because they’ve had this kind of variety experience of different flavors from their very first stages of life, whereas a formula-fed baby has a uniform experience,” said Lucy Cooke, a psychologist specializing in children’s nutrition, who is a senior research associate at University College London. “The absolute key thing is repeated exposure to a variety of different flavors as soon as you can possibly manage; that is a great thing for food acceptance.”

Her own research has included working with children at the age of weaning to increase the acceptance of vegetables by offering repeated exposures to them.

“Babies are tremendously adaptable and very accepting of all sorts of strange flavors,” Dr. Cooke told me.

What about the idea that some foods in the mother’s diet can make a baby fussy or gassy or colicky? By definition, the foods that cause gas in the mother do so because they are not absorbed, and sit in her intestine, making trouble. On the other hand, a number of studies suggest that some colicky babies do better if their mothers stay away from cow’s milk, so doctors may advise nursing mothers to cut that out for a 10- to 14-day trial, while making sure they still get plenty of calcium.

Caffeine is sometimes also a culprit, pointed out Dr. Pamela High, a professor of pediatrics at Brown University and medical director of the Infant Behavior, Cry and Sleep Clinic at Women & Infants Hospital of Rhode Island. But mothers of colicky babies often restrict their diets further and further, and many ultimately give up nursing, Dr. High told me in an email, even though this usually doesn’t help.

So yes, the flavors we eat when we’re pregnant, or when we’re nursing, go to the baby, aromatics and all. But this should be a positive message rather than a list of thou-shalt-nots, since it means that we are providing something beyond protein and calories; we’re actually letting our babies, unborn and born, into some of the joys of our human omnivory.

“A diet of the healthy foods she enjoys is modeling at its best,” Dr. Mennella said. “The baby only learns if the mother eats the foods.”

When, as a nursing mother, I ate the spicy foods that I love so well, I’ll have you know that I was actually modeling. My children, after all, were going to grow up in a family in which spicy food was part of every possible family occasion.

And if the flavors of the foods you love can make the experience of childbearing and child rearing a little tastier, or spicier, for mothers, that’s all to the good as well, and very much in line with what we hope our children are drinking in mother’s milk.