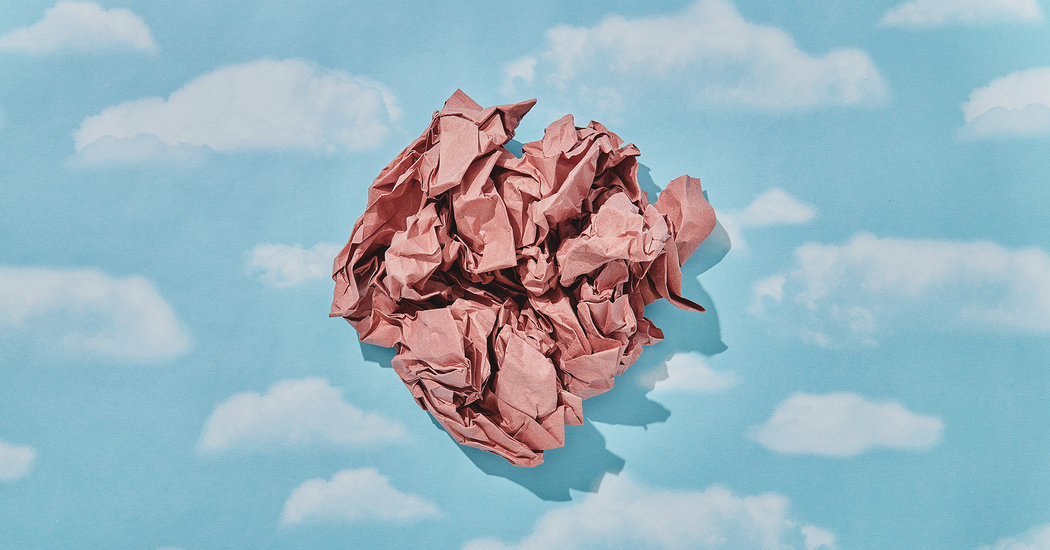 I’m a big fan of awful first drafts. All of my writing (even this article) starts with an incriminatingly bad first draft, riddled with typos and clichés, grammatical errors and half-finished sentences. No one else sees those drafts. I tear up that awful first draft and start again — and that’s when things start to click. That’s when sentences start to flow coherently, when ideas and themes make sense, and when the real work gets done.

Too often, when it comes to self-improvement, we create idealized, top-down systems with unnatural rules and regulations. We naïvely assume that we will somehow stick to our rigid plans when life gets random and hard, throwing unavoidable chaos and crises into the mix. Monday might be leg day in the gym, but if your kid falls off her bike and needs stitches, your carefully calibrated eight-week squat plan isn’t going to get a look.

It’s not just sudden shock events that bring our optimistic plans and productivity systems crashing down; it’s also the inevitable creep of time and clutter that gets most of them. It sounds like a great idea to keep your inbox empty, responding to or archiving every email as soon as you’ve read it, but as soon as one message lingers for a few days, the whole thing can start to collapse. One email becomes two becomes 10. The strict rules you’re now ignoring, rather than freeing you to be productive as planned, just stress you out. Within a few weeks, your inbox is back to being as bad as it ever was — if not worse.

Really, the problem isn’t that plans fail, it’s what we do when they fail. When we miss a day or two at the gym, or order takeout when we meant to cook, most of us just shrug, give up entirely, and say, “Well, there’s always next year,” or we find another milestone to look forward to, and we repeat the whole embarrassing process over again.

That’s the wrong attitude. Yes, there is always tomorrow. But there is also right now.

Every productivity system or health plan starts off like an awful first draft. You make bad assumptions and stupid mistakes, things you thought were a great idea turn out to be unsalvageable dead ends, and at the end you just need to tear it up. But then you need to start again — and that’s when things will start to click.

When a plan or resolution fails, the solution isn’t to dismiss it and try a new, equally rigid prescription next year or next time. It’s to build on what worked, ruthlessly cut what didn’t and start straight away on a much-improved second draft. Trying to run three miles every day while eating nothing but raw vegetables might be a terrible idea — but running a few days a week isn’t.

Nelson Mandela probably didn’t say: “I never lose. I win or learn.” However, whatever pop-psychology guru did say it was on to something.

All of us fail to meet our goals sometimes. (If you’re not failing occasionally, the goals you’re setting are too safe and easy.) That is not a problem. What is a problem is failing and not learning from your mistakes. That keeps you in the brutal cycle of making the same resolution every New Year’s Day — and never achieving it.

The trick with an awful first draft is to use it to get everything down on the page. It doesn’t matter whether you think it’s good or bad or clumsily phrased, you’re exploring different things to find out what works and, more important, what doesn’t. When you (inevitably) break your New Year’s resolution, let your inbox fill up with emails or skip a few gym sessions, don’t just accept it and vow to try again next year or next Monday. Take some time to reflect on what went wrong — and what went right. You have to read over your first draft and make edits to write the second. But then you get to tear it up.

Build on what worked and cut the bad

After writing an awful first draft, a lot of things tend to become clear. You learn what the essay you were writing was really about, what points you were trying to make and the conclusion you were reaching toward. It’s the same with any goal or productivity system. When it collapses, you can look back and see what bits worked; which parts you found fun and easy to stick with; and which you couldn’t handle even when you were filled with that early-January drive. Flaws you couldn’t appreciate at the time are writ large.

The second draft is where you build on the strong points and cut the weak ones. Lines of reasoning that you merely touched on in the first draft become the central argument, and ideas that never went anywhere get cut mercilessly. It’s where you should embrace the parts of your plans that worked — and gut the rest.

If you loved running outside but hated the indoor strength training in your fitness program, in your second draft ditch the gym and take it all outdoors. Schedule longer runs through the forest and, if you need some strength work, join an outdoor fitness class. If you found it easy to journal in the morning but struggled to do it in the evening, then just journal in the morning. And if it suits you to use your email inbox as a to-do list, come up with a way that lets you do that — without letting it get out of hand.

By building from the bottom up based on what works for you, rather than enforcing top-down rules and regulations, you will slowly develop a system you can stick with. One that fits into your life and excites you, and that can handle both the mundane and the madness of daily living.

And if your second draft doesn’t work out quite as planned, you tear it up and write a third. And, if needed, a fourth. This essay is on at least its sixth draft. But if you build on what’s good and cut the rest, eventually you have something that works.