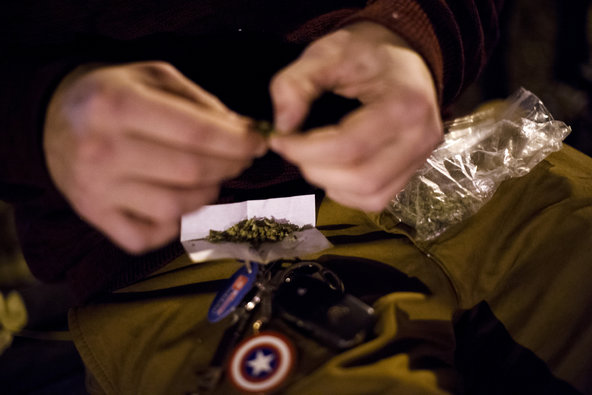 Parents of teenagers face a confounding crosscurrent. While the legalization of marijuana in several American states now bolsters the common belief among adolescents that the drug is safe for recreational use, research documenting marijuana’s diffuse and possibly permanent harm to the teenage brain continues to pile up.

Normally developing teenagers question authority and are likely to be skeptical of adults bearing bad news about a widely used party drug. So how do we have successful conversations about the hazards of marijuana use? An open-ended exchange that credits the adolescent’s own observations may do more good than a single sit-down or lecture. Beyond that, we might consider how the facts are often received by adolescents.

With all the talk about cannabis legalization, parents may feel compelled to remind their teenagers that recreational marijuana is still banned for most American adults and for anyone under 21. Adolescents who use marijuana risk immediate legal consequences and, in districts with zero-tolerance policies, may be barred from organized school activities, suspended or expelled. They may also face long-term penalties affecting some jobs, internships, colleges and travel visas.

But the repercussions of being caught with marijuana don’t faze all teenagers. Most adolescents can name celebrities, famous athletes and classmates who use marijuana regularly, even flagrantly, without running into trouble. Teenagers tend to bristle at rules that seem arbitrary, such as the state-by-state regulations for marijuana and the fact that alcohol, which has a lot in common with pot, is legal. Further, adolescents can be understandably cynical about laws that aren’t applied evenly to everyone: While African-Americans and whites use the drug at similar rates, African-Americans are nearly four times as likely to be arrested for marijuana possession. However real and lasting the penalties for pot use may be, parents often run into resistance when trying to make this case to teenagers.

Taking another tack, adults sometimes point out that marijuana obtained through illegal channels may contain dangerous additives. This is one of the arguments for legalizing cannabis, and a great reason to abstain from sampling illegal drugs. We can note to our teenagers that, even if they trust the person offering them marijuana, somewhere down the line that drug was likely to have come from a dealer who doesn’t know or care about them.

While true, this claim often falls on doubtful adolescent ears. Most teenagers are aware of peers who smoke pot regularly, but few are aware of an incident where marijuana was indisputably laced with another substance. Adolescents know that frightened and well-meaning adults sometimes overstate dangers to make a point. Accordingly, teenagers weighing adult warnings against their own observations may conclude that mystery marijuana is more of an urban legend than a plausible risk.

Our most successful conversations might be the ones where we join our teenagers in questioning authority – that is, discussing what legalization does, and doesn’t, mean. Indeed, it’s easy to be on the right side of the law and the wrong side of science. Cigarettes and tanning beds serve as handy examples of legal ways to harm yourself. Savvy consumers are expected to look to the available evidence, not legislation, when making decisions about their own health and well-being. In terms of the science of marijuana, we know that adolescence marks a critical period of neurological development and that cannabis is harder on the developing teenage brain than on the comparatively static adult brain. Specifically, studies suggest that regular marijuana use during adolescence harms the parts of the brain responsible for learning, reasoning and paying attention.

Some teenagers will point out that research linking marijuana to neurological impairment often hinges on correlations. Teenagers may use pot because they have cognitive challenges, not the other way around. In a helpful clarification, a recent study in the journal Cerebral Cortex implicates the drug in brain impairment. The study found that, over time, the brain’s information processing centers flourished in the cannabis-free research participants and withered in the marijuana users. The same research also added to the body of evidence that regular pot use during adolescence lowers intelligence and slows mental functioning.

In talking with teenagers about emerging neurological findings, adults might say, “Whatever happens with the laws, I hope you’ll keep your eye on the science. You only get one brain for your whole life. I’m rooting for you to take great care of it.” Some parents underscore their safety-first approach by promising to spring their teenager, consequence-free, from bad situations involving drinking, drugs or any other dangers the parents may have asked their adolescent to avoid.

Adults can use the evolving marijuana regulations as a jumping-off point to talk with teenagers about how they’ll approach any number of dicey decisions. When discussing drugs, drinking, driving and other risky business, we can note that no authority – neither parents nor the government – can be trusted to supervise teenagers all of the time. Adolescence centers on the wish for independence. And independence centers on the willingness to look after oneself.