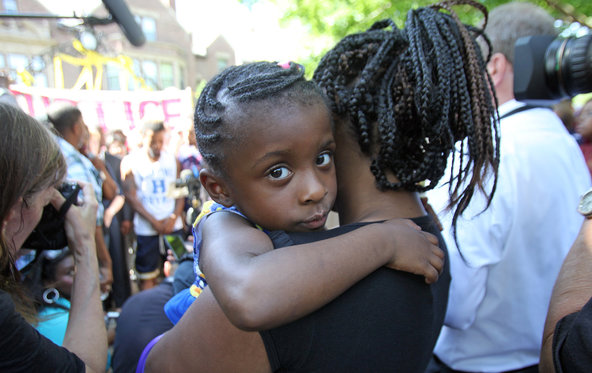 The daughter of Diamond Reynolds, whose boyfriend, Philando Castile, was shot by the police in Minnesota last week.Credit Eric Miller/Reuters

My husband is white; as an Armenian man, I am a hue darker, and our 10-year-old daughter is biracial, with brown skin. We’ve tried to shield her from some of the recent painful news stories related to bias. But after last week’s killings of two African-American men by police officers, and then the killings of five Dallas police officers, we need to be ready to talk with her about the terrors of prejudice.

I reached out to some experts who help teenagers and parents make sense of violent racism, and work toward something better. Here is some of the wisdom they offered:

How do you talk to your kids about race, policing and violence? Join six New York Times journalists for a live chat at 2 p.m. Eastern time, Tuesday, July 12.