I’d just finished a family session one Thursday morning when my emergency line rang. A faint voice croaked: “Dr. Deitz. Please. Can you help me?” 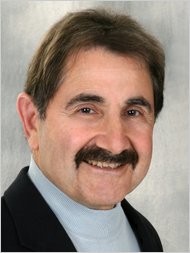 A woman I’d been treating for more than 14 years was calling, but I barely recognized her voice. She and I had been through many difficult periods over that time: her agitated depression as a 28-year-old newlywed, which led to the diagnosis of bipolar disorder; a disabling postpartum depression two years later when her daughter was born; her daughter’s leukemia at age 5, when my patient spent her nights maniacally scouring the Internet for experimental treatments.

This time was different. I’d never heard her sound so disconsolate. I asked her what was wrong, trying to recall our last session. (The details of our conversation have been changed to protect my patient’s privacy.)

“I can’t get out of bed,” she said. “Remember how my sister and I are rowing this weekend? If I back out now, she’ll never speak to me again.” Rigorous exercise and a powerful attachment to her siblings, the core of her social network, were her major coping strategies. “Can I see you today? Maybe you can adjust my medicine,” she said.

We arranged an appointment for that afternoon. She managed to make it to my office, her face taut and pasty, her sweat suit drooping about her lanky body like a shroud.

“I don’t know what happened,” she replied when I asked what made her so depressed. “I felt fine when I left here two weeks ago. And now this,” she said, sounding defeated. “I got depressed for no reason.”

“For no reason?” I echoed, rephrasing her statement into a question. I remembered previous times when her moods fluctuated viciously in reaction to stresses of which she was unaware.

“Nothing I can think of,” she answered in a monotone.

“Are you sure? Really sure?” I pressed, urgently.

“There is one thing,” she said. She then started into her recollection of a conversation she’d had the previous weekend with a pushy woman she barely knew.

“This is what she said,” she continued, mimicking the woman’s finger-shaking and fire-and-brimstone tone: “I can tell from your description of your daughter, you’ll see what a handful she will be. Just wait until she hits puberty. My daughter didn’t want anything to do with me for years. She still treats me like a stranger.” The more my patient talked about that encounter, the more energized she became, perking up in front of me like a wilted plant that’s been watered.

“So, something did happen,” I said, underscoring that her mood change didn’t happen in a vacuum. I asked her what that woman’s statement meant to her.

She began to weep, then sob, as if her daughter had died. “I can’t bear the thought of losing her,” she said. “We’re so close. The idea she won’t want anything to do with me is overwhelming.”

I asked her if the woman had a degree in child development.

“I doubt it.” Her forehead relaxed.

“The woman didn’t evaluate your daughter psychologically, did she?” I added dryly.

“She couldn’t be,” I said semi-indignantly. “Besides, what kind of person dumps such a load of garbage on someone she hardly knows? Imagine being that woman’s child. I wouldn’t talk with her either.”

“As for your daughter,” I said, “let’s not jump to conclusions. I’ve seen you two many times in the waiting room. Not that adolescence is a Sunday stroll, but I think the two of you will do just fine.”

“You really think so?” she asked.

“I never looked at it that way,” she said, grinning, the tension in her neck and shoulders melting away.

My patient called the following Monday. “It was great,” she said. “Until we talked, I had no idea how much that woman upset me.”

Looking back, I did nothing extraordinary. I delivered competent therapy; effective therapy. I presented my patient with a different perspective, punctuated with humor, empathy and conviction — something my colleagues do every day.

I helped her become aware of her powerful but unconscious reaction to the pushy woman, reframing their interaction while playfully confronting her tendency to idealize authority figures. I also affirmed she need not be a victim of her perceptions and mood. By viewing her situation in a different light, I led her do the same, resulting in a rapid mood improvement.

And unlike medications for depression, which take weeks to become effective while symptoms abate gradually, her immediate reaction to psychotherapy speaks to a different mechanism of action and confirms what neuroscientists are demonstrating: social interactions, including psychotherapy, turn on brain circuits instantaneously. Why? Because humans are social animals; we’re wired to connect.

Neurons in the premotor cortex and the somatosensory cortex — mirror neurons, as they’re known — fire in synchrony with the behavior and feelings of others, attuning people’s brains. When a person sees someone smiling, some of the observer’s smile-controlling neurons are turned on, too. Or when someone winces in pain, the corresponding sensory neurons in the observer fire away in sympathy.

The premotor cortex, command central with respect to voluntary behaviors, is where decisions to act are made. Evolutionarily, it’s a tremendous advantage to learn coping through observation and imitation — mirror neurons’ raison d’être — whether learning to harness fire to deal with the elements, or learning to self-regulate, self-soothe or self-reflect, or any of the other myriad coping skills that modulate mood.

Think of how it feels for the depressed person, whose pervading negativism colors his or her thoughts, feelings and behavior, to be with an optimistic, yet not Pollyannaish, person who radiates confidence, warmth and humor while affirming that situations can be interpreted differently; how refreshing and hope-engendering it is to be with someone who not only understands one’s misery but says something that makes a difference.

I’m not implying that a single encounter in the therapist’s office can cure depression. But a major psychotherapy goal for all patients is to turn on coping routines on their own.

Even experiences with strangers can powerfully influence mood when the chemistry, and the neurophysiology, is right. People who start therapy, for example, frequently talk of hitting it off with their therapist and of leaving the initial sessions feeling hopeful. Research confirms that liking one’s therapist early on and feeling that the therapist tunes in well to one’s issues bodes even better for therapy than the therapist’s experience or training.

The effective therapist offers more than sympathy; by empathizing with his patient’s suffering, he confronts distortions and maladaptive behavior and mirrors healthy coping. Good therapy is lively, sometimes playful, but always interactive and full of genuine humanity. Ineffective therapy may neither help nor harm, but improperly conducted therapy, ranging from overly passive to dictatorial and cruel — no matter how it’s couched and rationalized — leaves patients dejected or, worse, hurt and turned off.

One small disclaimer: although good therapy has no side effects, it may become habit-forming.

Jeff Deitz, M.D., is a psychiatrist and psychoanalyst in Connecticut and New York City. He teaches at the Beth Israel Medical Center.

Note: The post has been updated to make clear that details concerning the patient’s life were changed to protect her privacy and some references have been removed.