If you are considering the procedure, but are worried about its permanence, here is what experts want you to know.

Starting in the 1960s, three physicians in Rochester, N.Y., began secretly using their own sperm to help women become pregnant. 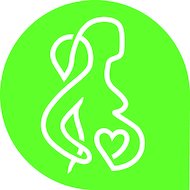 Everyone knows that a woman who smokes and plans to become pregnant should stop smoking. A new study suggests that the future father should quit, too.

Brazilian researchers analyzed the sperm of 20 smokers and 20 nonsmokers and found that the smokers’ sperm was damaged in ways that could reduce the chance of fertilization and might also lead to health problems in the baby.

The DNA in smokers’ sperm was fragmented, probably because of oxidative stress from the cadmium and nicotine in cigarette smoke. Sperm DNA fragmentation has been shown in other studies to be associated with an increased risk of genetic problems in the offspring as well as with an increased risk of childhood cancer. Mitochondria, the energy centers of cells, were also less active in the sperm of smokers.

The study, in BJU International, also found that smokers had a larger percentage of nonintact acrosomes, the part of the head of the sperm that releases enzymes that allow the sperm to penetrate the ovum’s shell. And the researchers discovered alterations in the proteins in smokers’ seminal plasma that might impair fertilization.

“All these effects were found in smokers,” said the senior author, Ricardo Pimenta Bertolla of the São Paulo Federal University. The message, he said, is straightforward: Smoking alters a man’s capacity to produce sperm that can successfully fertilize an egg.