The Supreme Court surprised both sides in the polarized abortion battle Monday by ruling, 5-4, that a Louisiana law requiring doctors who perform the procedure to have admitting privileges at a nearby hospital is an unconstitutional infringement of a woman’s right to an abortion.

As expected, the court’s four liberals in the case, June Medical Services v. Russo, said that the law did not provide any protections for women and merely made it harder for them to obtain an abortion and that it was nearly identical to a Texas law struck down in 2016. The four conservatives said the Louisiana law should be upheld, although that would have left the state with only a single abortion provider. The swing vote was Chief Justice John Roberts, who, in a concurring opinion, said he disagreed with the ruling in the Texas case but it is now precedent and thus should not be overturned.

This week’s panelists are Julie Rovner of Kaiser Health News, Alice Miranda Ollstein of Politico and Jennifer Haberkorn of the Los Angeles Times.

The panelists broke down the decision along several lines, including:

“What the Health?” is taking a break on Thursday but will return July 9.

And subscribe to What the Health? on iTunes, Stitcher, Google Play, Spotify, or Pocket Casts. 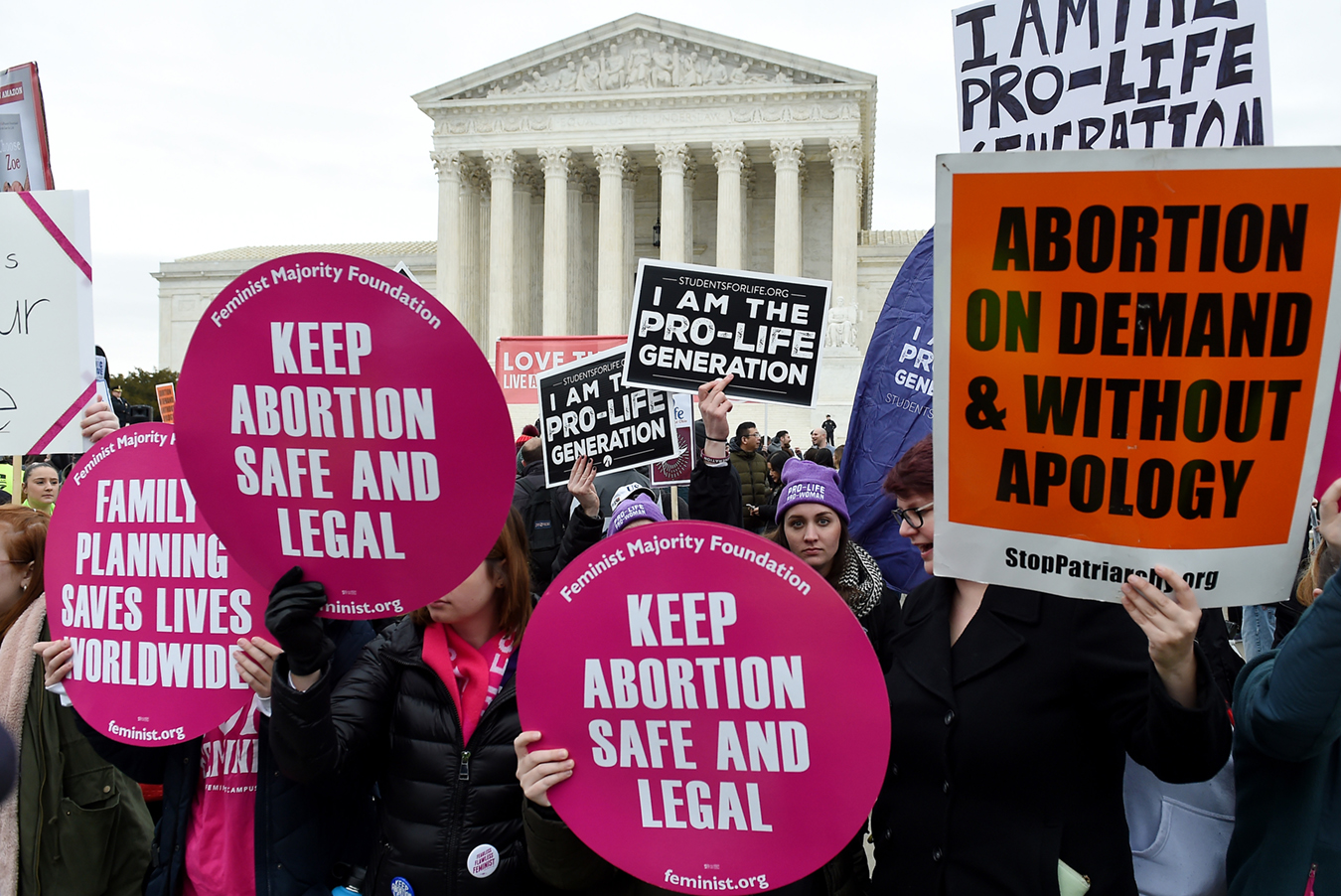 In a decision certain to roil the fall elections, a Supreme Court with a majority of anti-abortion justices Monday refused to use its first opportunity to roll back abortion rights. In a 5-4 ruling, the justices said a Louisiana law requiring doctors who perform abortions to have admitting privileges at a nearby hospital is an unconstitutional burden on a woman’s right.

The decision in June Medical Services v. Russo effectively upholds a case from just four years ago. In 2016, in Whole Woman’s Health v. Hellerstedt, a 5-3 majority struck down portions of a controversial Texas law, including not only the admitting privileges requirement, but also a requirement for abortion clinics to meet the same standards as surgical centers that perform more advanced procedures.

The deciding vote was cast by Chief Justice John Roberts, who voted in the past case to uphold the Texas law. In a concurring opinion, he said his vote here was based on the court’s unwritten rules about precedent.

“The legal doctrine of stare decisis requires us, absent special circumstances, to treat like cases alike,” Roberts wrote. “The Louisiana law imposes a burden on access to abortion just as severe as that imposed by the Texas law, for the same reasons. Therefore Louisiana’s law cannot stand under our precedents.”

Had the law been upheld, it would likely have resulted in the closure of two of the three remaining abortion clinics in the state, the plaintiffs argued before the court in March. Justices had numerous questions about how doctors at each of the clinics tried and failed to obtain the required privileges. That was not because the doctors were not qualified, but because most hospitals do not extend privileges to doctors who do not admit patients, and outpatient abortions rarely result in hospital admissions.

The decision is likely to touch off a major backlash by conservatives who had hoped to see progress rolling back abortion rights since Anthony Kennedy — who often sided with the court’s liberals to uphold abortion rights — retired and was replaced by Brett Kavanaugh.

As usual, abortion is likely to be a galvanizing issue in the fall presidential and congressional campaigns.

Supporters of abortion rights worried that if the Louisiana law were upheld, the case would open the door to other states that want to restrict abortion without outright banning it. According to the Guttmacher Institute, which tracks reproductive health legislation, 15 states either already have admitting privileges laws on the books, or would have been likely to enact them because they have anti-abortion governors and legislative majorities.

Still, abortion rights at the high court are far from secured. As of June 1, 11 states have passed laws that would ban abortion in the first trimester of pregnancy, according to Guttmacher. Tennessee joined that group just days ago. Several of those laws are in the pipeline heading for the high court.

The court also declined to rule on a technicality that could have had far-reaching implications. Louisiana had asked the court to rule that abortion providers lacked standing to sue on behalf of women seeking abortions. Doctors and clinics have been filing suits on behalf of their patients since at least the 1980s and the Supreme Court has always allowed it. And those doctors, of course, are in some ways more directly affected by the law because the penalties for violation accrue to them, not their patients.

The court, however, did not accept that argument either.

Wrote Justice Stephen Breyer in the majority opinion, “We have long permitted abortion providers to invoke the rights of their actual or potential patients in challenges to abortion-related regulations.”