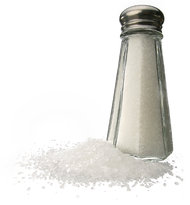 People with high blood pressure are often told to eat a low-sodium diet. But a diet that’s too low in sodium may actually increase the risk for cardiovascular disease, a review of studies has found.

Current guidelines recommend a daily maximum of 2.3 grams of sodium a day — the amount found in a teaspoon of salt — for most people, and less for the elderly or people with hypertension.

Researchers reviewed four observational studies that included 133,118 people who were followed for an average of four years. The scientists took blood pressure readings, and estimated sodium consumption by urinalysis. The review is in Lancet.

Among 69,559 people without hypertension, consuming more than seven grams of sodium daily did not increase the risk for disease or death, but those who ate less than three grams had a 26 percent increased risk for death or for cardiovascular events like heart disease and stroke, compared with those who consumed four to five grams a day.

“But low sodium intake may be harmful,” he added. “It’s important not to rely on blood pressure alone, but rather to look at actual clinical events — heart attack, stroke, mortality.” 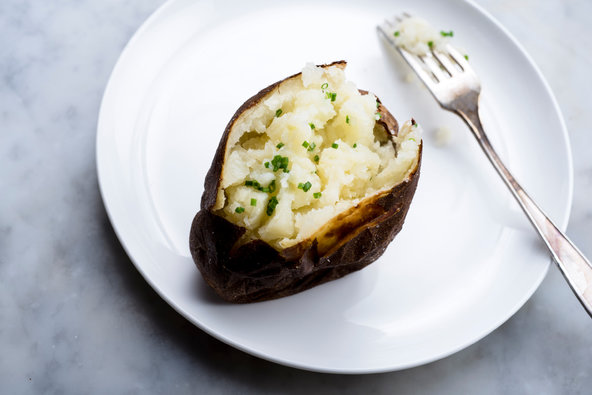 Eating potatoes four or more times a week may increase the risk for high blood pressure, a large new study has found.

Researchers pooled results from three observational studies involving 187,453 men and women followed for more than 25 years. The participants returned health and diet questionnaires every two years, including whether a doctor had diagnosed hypertension. The study is in BMJ.

After controlling for body mass index, physical activity, smoking and other factors, they found that compared to eating potatoes only once a month, having one potato — baked, boiled or mashed — four to six times a week increased the risk for hypertension by 11 percent. Eating four or more four-ounce servings of French fries a week increased the risk by 17 percent. Adjusting for salt and saturated fat intake did not change the results, but the authors acknowledge that they could not control for all possible variables.

The researchers suggest that potatoes cause a rapid rise in blood glucose levels, which is associated with blood vessel problems and inflammation. This may increase the risk for hypertension.

“We don’t completely know what a healthy diet is,” said the lead author, Dr. Lea Borgi, an associate physician at Brigham and Women’s Hospital in Boston, “and I have no opinions about what people should eat. It’s important that studies like this continue the discussion.” 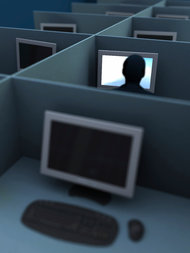 The more hours you work, the greater your risk for heart disease.

Several observational studies have found an association of long work hours with an increased risk for cardiovascular illness. Now a new retrospective analysis has found there is a dose-response relationship: more hours, more risk.

Researchers began following 1,926 men and women in 1986, tracking their health and work history through 2011. Over the course of the study, in the Journal of Occupational and Environmental Medicine, 822 were given diagnoses of cardiovascular disease.

After adjusting for age, sex, income and other factors, they found that for each additional hour of work per week over 10 years, there was a 1 percent increase in the risk for heart disease.

Compared with working 45 hours a week, working 55 hours increased the risk by 16 percent, 60 hours by 35 percent, 65 hours by 52 percent, and 70 hours by 74 percent. Working 75 hours or more doubled the risk for a cardiovascular problem — angina, coronary heart disease, hypertension, stroke or heart attack.

Still, the lead author, Sadie H. Conway, an assistant professor at the University of Texas School of Public Health, does not recommend that anyone alter work hours based on her study.

“I would never tell a person ‘don’t work long hours’ because of this risk, but it’s something that shouldn’t be ignored from a public health standpoint.”