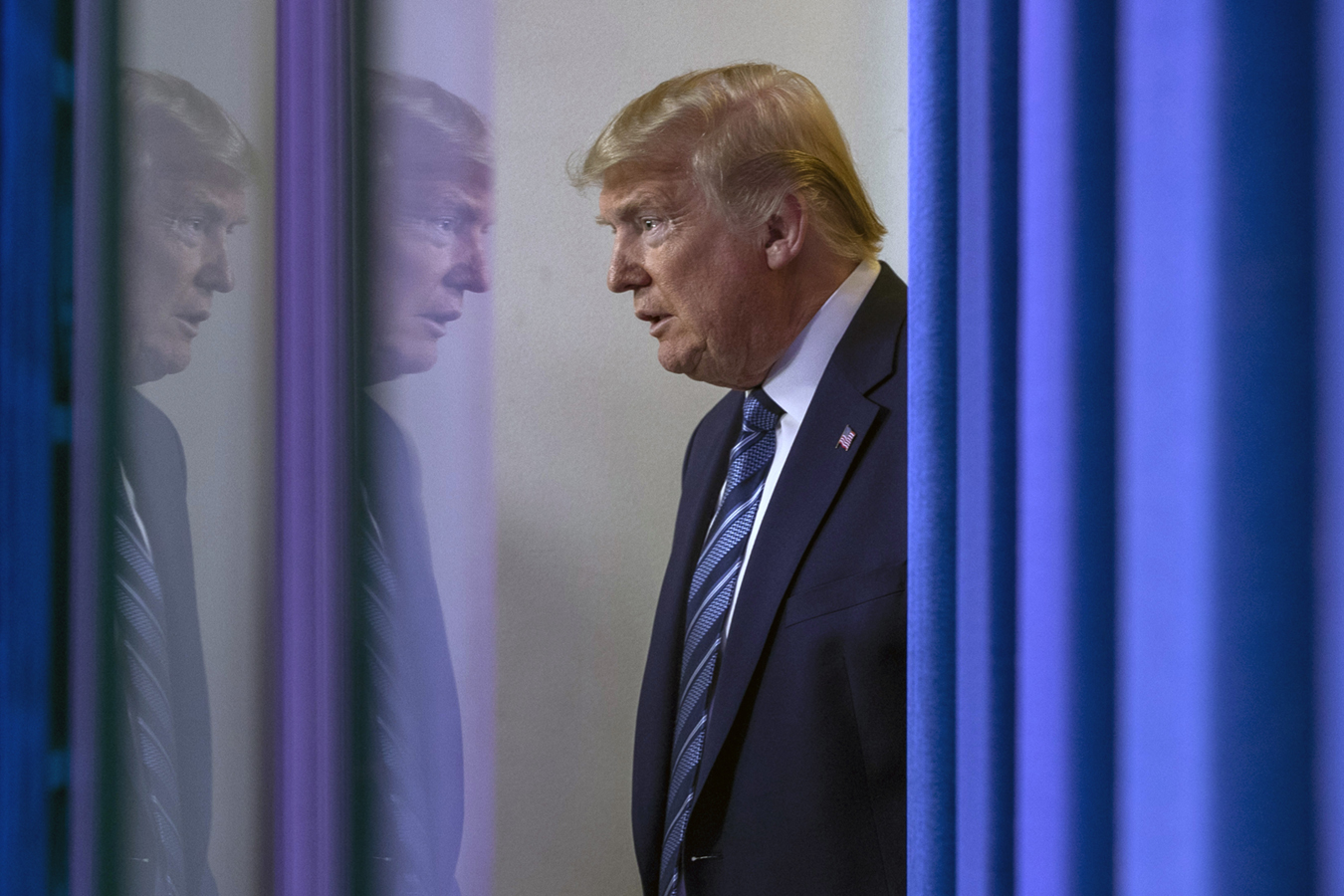 If President Donald Trump wins a second term in the White House, what health care policies might the nation expect from his administration?

Although changes in health care might not have ranked high on the president’s priorities for a second term ― particularly if Democrats retain a majority in the House of Representatives — external factors such as the coronavirus pandemic could force the White House and Congress to work together to improve the nation’s public health infrastructure. And the administration might move to weaken the Affordable Care Act through regulations. You can read the article here.

President Donald Trump’s reelection chances are likely to rest upon his response to the pandemic, and there’s not much Democrats can do other than wait and watch. Issues like gun control, climate change, immigration and other hot-button topics are likely to fall to the wayside in face of the pandemic. Meanwhile, Trump touts his own performance to voters as he tries to sell a message that he’s handled the crisis well.

Politico: How Coronavirus Blew Up The Plan To Take Down Trump
For many Democrats, it’s the election of a lifetime. Yet the question preoccupying the party for several days this month was whether their presumptive presidential nominee, Joe Biden, could get the webcast working in his rec room. It was a telling obsession, one that revealed the extent of the party’s anxiety as it comes to a nail-biting conclusion: Despite all the arguments Democrats have crafted and all the evidence they have amassed against Donald Trump, his reelection is likely to rise or fall on his handling of the coronavirus crisis and its fallout alone. (Siders, 3/31)

The Wall Street Journal: Democratic Groups Adjust To Coronavirus, Spend Big To Beat Trump
Well-funded Democratic nonprofits and super PACs are adjusting their messaging and tactics in response to the coronavirus pandemic as they pour tens of millions of dollars into ad campaigns and digital platforms in an attempt to beat President Trump in November. The left-leaning groups have spent months polling, interviewing voters in battleground states and building digital outreach operations to avoid any missteps from 2016. Now that the pandemic has shut down traditional canvassing and campaigning, the groups say they are leaning more on that digital infrastructure. (Parti and Day, 3/30)

The Hill: Trump Seeks To Sell Public On His Coronavirus Response
President Trump is aggressively seeking to sell the public on his administration’s response to the coronavirus pandemic, a push slammed by critics for presenting a rosier picture than reality. At the White House’s daily press briefings, Trump has taken credit for doing a “hell of a job” and fashioned himself as a wartime president against a backdrop of steadily escalating coronavirus cases and deaths. (Chalfant and Samuels, 3/30)

The Washington Post Fact Checker: New Trump Video Offers More Spin Than ‘Hope’
President Trump was slow to respond to the emergence of a novel coronavirus, often reassuring Americans that the situation was under control. When confirmed cases and deaths started to spike at the end of March, his presidential election campaign released a video intended to show Trump getting the job done and earning bipartisan praise. But as always with these campaign videos, the little snippets can be misleading. So let’s deconstruct this ad. (Kessler, 3/31)

ABC News: ‘We Have Some Form Of Hope’: Why Some Democrats Are Giving Trump High Marks On Coronavirus
In the middle of a crisis of unrivaled magnitude, President Trump is finding himself on new terrain in more ways than one after a new ABC News/Washington Post poll revealed a small bump of support in the president’s approval among Democrats – up 13 points. While that 13-point rise was only to a meager 17%, it does, perhaps, represent a significant movement of some Democrats behind the president with those Americans looking beyond political polarization to score his performance as the coronavirus grips the country. (Karson and Cunningham, 3/30)

And in the states —

Politico: States Struggle To Prepare For Voting During A Pandemic
Time is running out to allow millions of Americans to vote this fall without fear of contracting the novel coronavirus. Mail voting — the voting method that best preserves social distancing — is infrequently used in many states, and those that don’t have extensive mail voting might be unable to implement systems before November. And while 33 states, including most 2020 presidential battlegrounds, already allow any voter to cast a ballot by mail who wants to, a number of those states aren’t prepared to handle the crush of mailed-in ballots that could be coming their way in November. (Montellaro, 3/31)

This is part of the KHN Morning Briefing, a summary of health policy coverage from major news organizations. Sign up for an email subscription.