Over the past three years I’ve been plagued by one of the common curses of aging: cataracts. During that time my vision gradually deteriorated, as the normally transparent natural lenses of my eyes became increasingly opaque, going from a gentle soft focus, to gauzy, then cloudy, and ultimately downright foggy. This was apparently the result of some unhappy combination of sun exposure, age, a number of potentially insidious environmental and dietary factors, and just plain genetic bad luck. (My mother and two of my brothers also suffered from this condition.)

Every patient experiences the development of cataracts a little differently. For me, the symptoms weren’t just the inevitable cloudiness and fogginess. They also included a problem with diminished depth perception, which I became aware of one evening when I went to pour my wife a glass of wine and ended up suavely splashing it across the adjacent tablecloth. Even more disturbing, for a period of half a year or so, I had occasional brief episodes of double vision. Naturally I feared these were serious neurological red flags, perhaps indicating small strokes — my father and one of my brothers had those — until my eye doctor reassured me that they were much more likely just another, if somewhat rarer and scarier, symptom of cataracts.

Along with these daylight deficits, I also experienced the phenomenon of night glare. On the road, the headlights of approaching vehicles struck me as painfully bright and disorienting, like some kind of blazing “Close Encounters” spacecraft streaking toward me out of the darkness. In addition, my night glare symptoms took the only slightly more benign form of halos appearing around light sources. If I looked up at, say, a full moon on a clear night I would see not just the old face of the man in the moon, but that familiar glowing visage wreathed by a ring of smaller spheres — half a dozen mini-moons sprouting around its circumference like the petals of a flower.

Likewise, if I directed my attention toward smaller light sources — say the windows of distant buildings across from my apartment — instead of registering as single bright points of light, each little window appeared as an arcade of stars, a shimmering necklace of gleaming beads. Thus my normally prosaic neighborhood cityscape of gray and beige high-rises became a jeweled fairyland, reminding me of the famous Tivoli Gardens in Copenhagen. (Actually, I’ve never been to that storied old amusement park, but the travel-poster images I’ve seen invariably show a radiant nighttime lightscape of sparkling fountains, shimmering ponds, rainbow rows of colored lanterns and, on summer nights, dazzling displays of fireworks.)

Of course, that magical panorama outside my window was ultimately more the result of pathology than pixie dust. And unfortunately, there’s no little pill you can pop that will miraculously make things clear up. So as time went by and my cataracts gradually “ripened” — my ophthalmologist’s charming expression for getting worse — my only option became surgery.

Not surprisingly, the very thought of anyone wielding sharp, shiny objects anywhere near my eyes induced a case of the major willies.

Modern cataract-removal surgery, though, turned out to be hardly the nightmare assault I’d feared. The operation involves removing the diseased natural lens and replacing it with a synthetic one, much as hip replacement surgery consists of removing an arthritic or damaged hip and inserting a metal and plastic version in its place. Certainly it’s a delicate procedure, but not one that requires flashy recent advances like prosthetic robot arms that move in response to mere thought. In fact, cataract surgery is among the most commonly performed operations in the country. The procedure for each eye took less than an hour, during which I remained awake but comfortably sedated. I was aware of lights, sounds and occasional gentle pressure, but it was all virtually painless. And the results have been remarkable.

The new world that floated into focus on an ocean of post-surgical eyedrops over the next few days has been strikingly — sometimes even alarmingly — clear, crisp and bright. And for the first time in years I find myself able to effortlessly read a book (including footnotes), peruse restaurant menus in low light and make out the fine print on medicine bottles. I can decipher distant road signs and foreign film subtitles, recognize faces from afar, and even distinguish the expressions on those faces.

The only downside has been that when I now scan the neighborhood outside my window at night, my private Tivoli is nowhere in sight. The curtain has descended on that alluring light show. Not that I’m complaining.

The benefits far outweigh this small deprivation. In the world I navigate these days, the colors are richer, the outlines sharper. For a change I’m looking forward to really enjoying a vacation with the prospect of doing some sight-seeing and actually being able to see the sights. Right now, in fact, I’m thinking of Europe, perhaps, say, Denmark, maybe Copenhagen, which I’ve been told at this time of year can be … wonderful.

Richard Liebmann-Smith is a writer and editor based in New York who, thankfully, can now read again.

How the World Looks With Cataracts

This video shows what it is like to see the world when you have cataracts.

Two years ago, Anne Collins of Arlington, Va., who has been wearing glasses since fifth grade, noticed she had trouble reading the overhead street signs while driving. Cataracts, the clouding of the natural lenses that occur with age, were taking their toll.

She decided it was time for cataract surgery.

Mrs. Collins, now 61, chose to have her lenses replaced with two different intraocular lenses – one for seeing far and the other for seeing near — in a procedure known as monovision cataract surgery.

“I thought it was a miracle,” Mrs. Collins said after the surgery was completed. “It was like I was back in second grade and didn’t have any problems with my eyes.” Still, her vision isn’t perfect. Mrs. Collins still needs glasses to read the newspaper, but she can see her cellphone just fine.

By age 80, more than half of all Americans either have a cataract or will have had cataract surgery, according to the National Eye Institute. The average age for the surgery is the early 70s.

Cataracts typically develop in both eyes, and each eye is done as a separate procedure, usually one to eight weeks apart. Patients most commonly have their clouded lenses replaced with artificial monofocal lenses that enable them to see things far away. Most will still need glasses for reading and other close-up tasks.

With monovision surgery, the patient’s dominant eye receives a replacement lens for distance vision. In a subsequent operation, the less dominant eye receives a lens for close vision. Once surgery on both eyes is completed, the brain adjusts the input from each eye and patients typically can see both far and near. Some people can stop wearing glasses altogether, although many, like Mrs. Collins, still need them for certain tasks.

But monovison takes some getting used to. The ideal candidates may be people who already have tried a monovision approach with contact lenses for 15 or 20 years, before they even have developed cataracts, said Dr. Alan Sugar, a professor of ophthalmology at the University of Michigan. “People who have worn contact lenses in their 40s, with one contact for near vision and one for distance, are good candidates,” he said.

Experts caution that monovision surgery is not for everyone. “Many patients get misled by asking how their friends like monovision,” said Dr. David F. Chang, a clinical professor of ophthalmology at the University of California, San Francisco, and past president of the American Society of Cataract and Refractive Surgery. “Some individuals hate what another individual loves.”

After any cataract surgery, including monovision surgery, patients may also experience what doctors call “dysphotopsia,” or visual disturbances like seeing glare, halos, streaks or shadows. Moderate to severe problems occur in less than 5 percent of patients, said Dr. Tal Raviv, an associate clinical professor of ophthalmology at the New York Eye & Ear Infirmary of Mount Sinai Icahn School of Medicine. Symptoms often improve during the first three months after surgery without treatment, he said, though in a small number of cases one or both lenses may need to be replaced.

In addition, some patients who get monovision surgery will need a separate pair of glasses that focus both eyes for distance vision for driving at night. “Night driving is more difficult if both eyes are not optimally focused at distance,” Dr. Chang said.

Another option in cataract surgery for those hoping to get rid of the glasses altogether is the use of multifocal lenses, which focus each eye for both near and far viewing, something like the progressive lenses in eyeglasses. In one study of around 200 patients who had either multifocal or monovision cataract surgery, just over 70 percent of the multifocal group could forgo glasses altogether, compared to just over 25 percent of the monovision group.

But patients who undergo multifocal surgery are more likely to have side effects like glare and halos, according to Dr. Mark Wilkins, the lead author of the study and a consultant ophthalmologist and head of clinical services at Moorfields Eye Hospital in London. In his study, six of 94 patients in the multifocal group had to have second surgeries to get replacement lenses, versus none in the monovision group.

Typically, Medicare covers regular cataract surgery and implantation of standard monofocal lenses but does not pay for multifocal lenses, so insurance reimbursements may be limited. 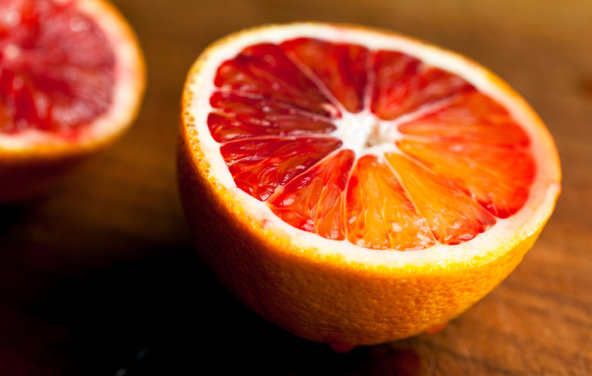