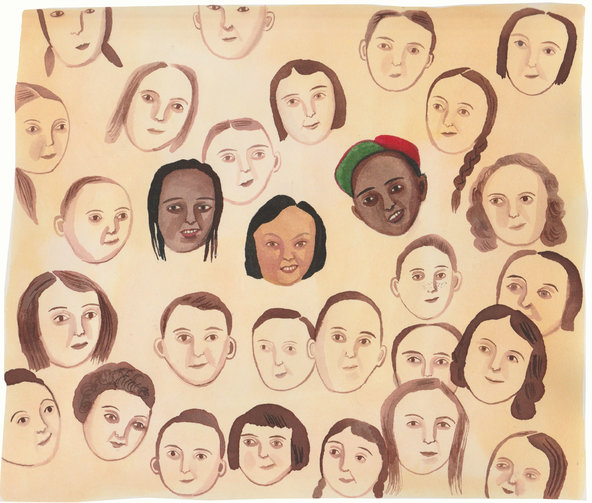 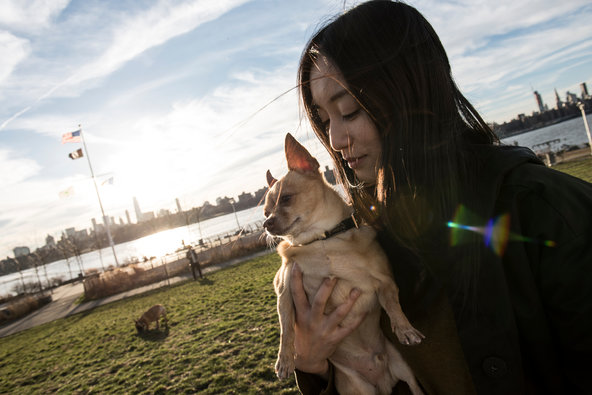 Marie Tae McDermott and her dog, Cody, at Bushwhick Inlet Park in Brooklyn.Credit Andrew Renneisen for The New York Times

I was adopted when I was 6 months old, so I don’t know much about my family medical history. I don’t know, for example, whether I’m at increased risk for breast cancer, heart disease, mental illness. But home DNA testing is changing all that.

The tests are sent through the mail, no lab visits required. And they’re not limited to the human genome.

I tested the DNA waters with Cody, my four-legged adoptee. After shelling out $69 for a Wisdom Panel DNA test kit, I swabbed the inside of Cody’s cheek with a cotton swab from the kit and dropped it in the mail. Six weeks later I received Cody’s genealogy chart by email. While I’d always considered him pure mutt, with his apple-shaped head and stocky middle, results showed an uninterrupted lineage of Chihuahuas going back three generations.

I could only hope for such clarity. I ordered a kit from 23andMe, one of a handful of companies that now offer home testing for humans. Unlike the other major genetic testing companies Ancestry and Family Tree DNA, 23andMe offers both health and ancestry results. The cost is $199.

As with Cody, I collected a saliva sample and dropped it in the mail. A few weeks later, I got an email saying my results were ready. I logged on to the website to see my ancestry composition distilled into a pie chart. The chart showed that my ancestors hailed from Korea, something I’d already been told. What I didn’t expect to see were the smaller slices indicating I had Japanese and Chinese ancestors scattered in. Seeing my genealogy for the first time was thrilling.

23andMe also scanned its database of others who had submitted their genetic material to the company for potential DNA matches. It identified over a hundred of my relatives, ranging from fourth to eighth cousins. 23andMe predicts that the average person has around half a million eighth cousins. The number gets exponentially larger as you go back generations. Some geneticists believe that all humans are at least 50th cousins with one another.

A messaging tool on the 23andMe website also allows you to connect with DNA relatives who’ve also taken the test. I eagerly exchanged messages with four of my distant cousins: the parent of a Chinese adoptee living in the Netherlands, the stepfather of a fifth cousin in the Philippines and a fellow Korean adoptee. Nobody could tell me more about my genealogy.

Only a fourth cousin named Henry who lives in California could shed light on a common ancestor who lived in Japan in the 1700s. He wrote in an email: “It would be an okay assumption that you may have genes to my father’s side, as his family was not in the bushi/samurai class, but comfortable merchants. Also, my patriarchal prefecture was sort of a ‘doorway’ to Japan.” Henry and I became Facebook friends, but I still have no tangible information about my ancestors.

Joy Lieberthal, a clinical social worker who specializes in issues related to adoption, said that for adoptees digging into their past, it’s important to look at the big picture. She explained that genetic testing kits really just give adoptees a history lesson in migration and land conflict over time, and that it’s important not to overstate the importance of the results. The bottom line: Just have fun with it.

In my health report, some of the inherited traits ranged from the frivolous (my sensitivity to bitter tastes) to T.M.I. (my type of earwax). It did pinpoint some of my physical attributes, like eye and hair color. It confirmed that I was lactose intolerant and predicted my athletic performance, based on my type of muscle fiber, compared to world class athletes. It suggested that, were I a runner, I would be better suited for sprinting than cross-country. It also confirmed that I lacked an enzyme to process and detoxify ethanol, making me sensitive to alcohol.

Over all, I was tested for 122 health risks and 53 inherited conditions. It showed I had a slightly higher than average risk for developing rheumatoid arthritis and ulcerative colitis and no inherited conditions. I had an elevated risk for developing restless leg syndrome. Was that why I felt that strange, jumpy sensation in my legs a few months ago? I made a note to mention this to my doctor at my next physical.

Through social media, I found other adoptees who had used DNA testing. An adoptee named Bee told me that her DNA test confirmed that she suffered from a rare and incurable genetic disease that affects her kidneys; with the results from her test, she was able to go to her doctor for an official diagnosis. She later learned that she had passed on the disease to her daughter, she told me.

Another adoptee named Janine, who was born in Korea and told by her adoptive parents that she was of mixed race, ordered a DNA kit so that she could learn about her biological father’s European lineage. Her ancestry results indicated she was 99.9 percent East Asian and only 0.1 percent European – hardly mixed race.

For me, DNA confirmed what I already knew: that the past is murky. After Henry’s email, follow-up messages from the relatives I was in contact with remained unanswered. It’s fun to think that I share some of my 20,000 genes with total strangers. But I think I’ll leave it at that. Piecing together a 20,000-piece jigsaw puzzle is a task too monumental to think about.