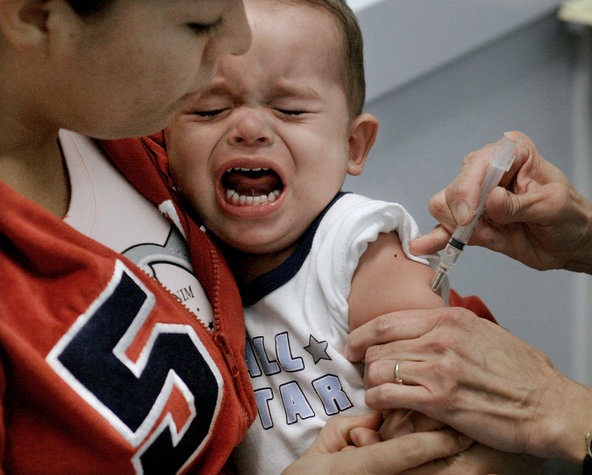 The nasal flu vaccine spray, preferred by millions of anxious parents looking for a needle-free way to get their children immunized against the flu, as well as by adults who would rather not get a flu shot, is ineffective and should not be used in the upcoming flu season.

That is the recommendation of the Advisory Committee on Immunization Practices, a committee of experts on immunization that advises the Centers for Disease Control and Prevention. On Wednesday, the committee announced that the nasal vaccine, FluMist, does not work and that children and others should instead get the flu shot.

Dr. Melissa Stockwell, an associate professor of pediatrics and public health at Columbia, plans to do just that.

“Early studies indicated that the nasal spray might be more effective than the injectable version,” she said. “And a couple of years ago we had a preference for giving the spray. Basically, while we used to have two options, for this upcoming season we’re going to use the injectable version.”

Dr. Stockwell also had some advice for parents.

“I’m going to tell parents it’s very important that we protect children against the flu. It can be a very serious disease, and all people 6 months and older should get the vaccine. I vaccinate my children, and I recommend it for all my patients. Having FluMist not available doesn’t matter — vaccination is the single most important way we can protect our children and ourselves.”

FluMist had been approved for use in people 2 to 49 years old. Because it uses a live, though attenuated, virus, the nasal spray has not been recommended for people who are immune compromised or for pregnant women or nursing mothers. It was first licensed in 2003, after a large randomized controlled trial produced high quality evidence that FluMist was effective. About a third of all children vaccinated for flu have been given the nasal spray.

The new recommendation is based partly on preliminary data that came out in late May, gathered during the 2015-16 flu season. It showed that the nasal vaccine had an efficacy of about 3 percent — in other words, it offered virtually no protection at all. By contrast, the injected vaccine, which uses an inactivated form of flu virus, is about 63 percent effective.

The problem is that FluMist does not work against the H1N1 strain, which has been circulating more widely in recent years and causes the most serious disease in children.

Each year, a new vaccine is formulated to match the most commonly circulating viruses, and efficacy can vary considerably from year to year and from person to person. Early data on FluMist found it just as effective, or even more effective, than the inactivated virus vaccines given by injection.

“Then in the 2013-2014 season, the pandemic H1N1 virus came back,” said Brendan Flannery, an epidemiologist with the C.D.C. “That was the first year we could see there was a problem with FluMist. That happened to be the year that the A.C.I.P. recommended the live attenuated vaccine preferentially for children.”

At that point, Dr. Flannery said, the manufacturer, AstraZeneca, reformulated the H1N1 component of the vaccine for the 2014-15 flu season

But in that season, none of the flu vaccines worked very well, so it was difficult to see any difference between the reformulated FluMist and the injectable vaccines. Finally, in the 2015-16 season, in which the H1N1 strain again predominated, it was clear that FluMist was ineffective against it.

“The live version is not working as well as it needs to,” Dr. Flannery said. “Why that is, we don’t know. We hope that the problem with the vaccine will be identified so that the manufacturer can come back with a fixed vaccine.”

FluMist has already been produced for the 2016-17 season, but Lisa Grohskopf, a medical officer with the C.D.C., said that demand is hard to predict. “It’s still a licensed vaccine,” she said, “and some may use it anyway. If there is less use as a result of our recommendation, it will be difficult to know how well it works. In order to evaluate a vaccine, you have to have lots of use.”

AstraZeneca released a statement disputing the A.C.I.P.’s finding, but said that “AstraZeneca is working with the C.D.C. to better understand its data to help ensure eligible patients continue to receive the vaccine in future seasons in the U.S.”

Sales of FluMist in the United States in fiscal year 2015 were $206 million.