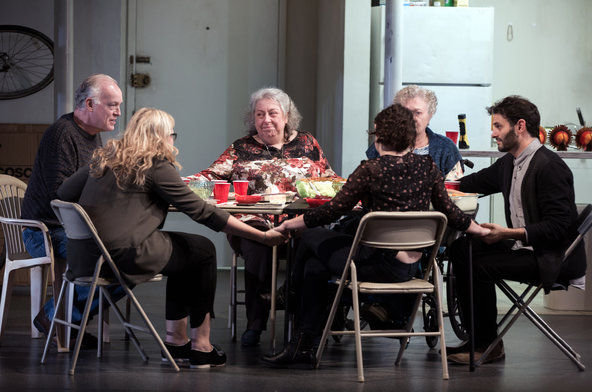 At a recent dinner party, one guest said, “My brothers have not been in the same room for 16 years.” Another is estranged from a sister who she feels over-guards their widowed mother. Yet another lives in the same building as a brother with whom she no longer talks.

Welcome to sibling rivalry, the grown-up variety. There is no law that says we have to love the ones we were raised with, or even that we must reconcile before the grand finale. But as millions of baby boomers hit Act Three, the issue is rankling a generation that grew up believing in sharing, openness and the concept of “closure.”

“I’ve always thought that the psychological field does not give enough attention to the huge impact of siblings,” said Dr. Anna Fels, a psychiatrist in private practice in New York. She is not alone in that sentiment. Dr. Roger Gould, also a New York psychiatrist, agrees: “As I think about my current caseload, every one has a strained, difficult relationship with at least one of their siblings.”

If you have any doubts, look at the culture. On stage in New York recently, “The Humans,” “Dot,” “Familiar,” “Hold On to Me Darling,” “Buried Child” and “Head of Passes” all touch on siblings dealing with money, memories and taking care of ailing parents. The television show “Transparent” may purport to be about a 70-year-old man-turned woman, but it is really about the family’s next generation, acting more like children than children. The Netflix series “Bloodline” has just returned for a second season and deals with four siblings, one of whom — spoiler alert — drowned another at last season’s end. In the film “Alice Through the Looking Glass,” sibling rivalry nearly stops time.

Three books on the best-seller list deal with feuding siblings, including “The Nest” (“Jack and Leo were brothers but they weren’t friends”; “Miller’s Valley,” in which two sisters live on the same property but don’t speak to each other; and “The Nightingale,” about two very different sisters during World War II.

“Readers want to recognize themselves in fiction,” says Anna Quindlen, author of “Miller’s Valley,” “and I think most have some aspect of sibling conflict. In terms of those power relationships, there is no such thing as being grown up. At some level I will be an oldest child until the day I die.”

Most assume the fractures have to do with money, as parents die. What to give away, what to save or how to split? But is it really that simple?

“Usually these start out being about dividing up money, but underneath, it’s about things the siblings have avoided for decades,” says Frederick Hertz, a financial mediator based in Oakland, Calif., who is writing a book with the working title,  “Can I Divorce My Sister?” “Their childhood is such an integral part of their identity, and it sometimes becomes hard to put that aside enough to engage in practical decisions. I recently met with a brother and sister during which she stormed out saying, ‘He’s lived off our parents for 50 years!’ All that kind of stuff comes up.” That “stuff” may include one sibling feeling another was favored, thinking he or she was not defended against some form of abuse, or simply being a living reminder of disappointment and distress.

When in doubt, we can always blame Mom and Dad. A 70-year-old man told me he was close to his younger brother in childhood. “I sort of took on the father role. There was minimal parental praise, and let’s say I got less bad attention.” But the boy for whom he wrote class papers and took to the orthodontist, turned into the man who one day said, “I used to think you were the best and now you are the worst brother.” They have not spoken in 10 years.

Envy also can rear its ugly head after all these years. “In my sister’s mind, my arrival signaled the end of her seven-year reign on a pedestal,” a 55-year-old woman told me. A few years ago, she flew from New York to Seattle for her sister’s lung cancer operation. “She came out of recovery, saw me, and said, without the slightest sense of gratitude, ‘What are you doing here?’.” The act was not reciprocated when the younger sister developed breast cancer.  She recalled, “My sister said, ‘Of course you would get the cancer that is more treatable.’”

Occasionally a bar mitzvah or wedding may bring squabbling siblings together, but then the parties tend to go back to their corners. More likely, reconciliation comes when an end is in sight. Says Dr. Gould: “Whenever a crisis or death occurs — even though old wounds are opened — the rawness of the experience makes old slights irrelevant and the old image of ‘the other’ vanishes.”

Such occasions can prompt an effort toward reconciliation. Or not. Dr. Vivian Diller, a psychologist, said: “Being aware that we are living longer gives some a sense of new beginnings, with new choices. The byproduct can result in leaving behind poor sibling relationships or working on ones that are worth the effort.”

Experts suggest that parents encourage more family togetherness and extend equal love early on. As they grow, siblings should acknowledge one another’s flaws, which can help to lower expectations. Seeking help from therapists or mediators can bring the real issues out into the open.

“I do see more of a willingness to get therapy,” Dr. Fels said. “Professionals can also help people to recognize — and perhaps even accept — that a sibling might have legitimate mental health issues,” she said. All of the above may improve matters in some families. But there is no guarantee.

Michele Willens is a freelance writer and podcaster for NPR’s Robinhoodradio.