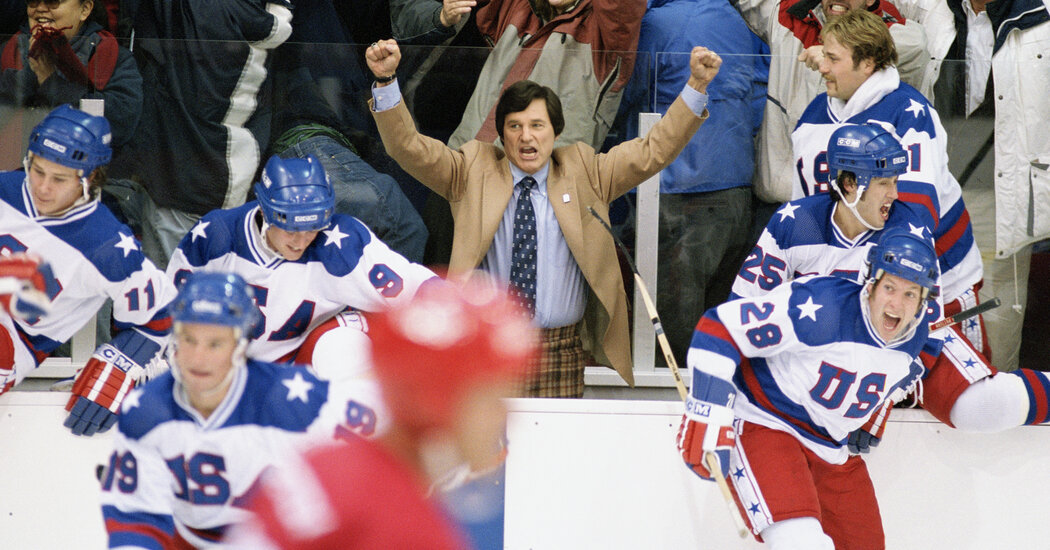 We’ve reached that time of year when the small screen is filled with Christmas movies, populated by happy folks in coats and scarves, frolicking in the snow. This will not be a list of those kinds of films. This collection is more for all of you who love the chilly weather, but who can’t stand “Jingle Bell Rock.”

Below, you’ll find winter sports stories, icy outdoor adventures and intense dramas set in places so cold that the characters have no choice but to shelter inside — however uneasily. Consider this list counter-programming for the holiday season, for when you’re eager to stream something completely Santa-free.

This adaptation of Rick Moody’s novel is set over Thanksgiving weekend in 1973, but it is in no way a “holiday movie.” The director Ang Lee and the screenwriter James Schamus — and a cast that includes Kevin Kline, Joan Allen, Tobey Maguire and Christina Ricci — concentrate on the subtle feelings of betrayal, arousal, loneliness and nostalgia, experienced by an upscale suburban Connecticut family and their neighbors, at a time when kids and adults alike seemed to be experimenting with recreational drugs and libertine sex. As these characters stumble through this new world, a literal ice storm transforms their surroundings, making every move more treacherous.

Stream it on Amazon Prime, Peacock, Tubi or Vudu; rent or buy it on Google Play or YouTube.

Something about the cold and snowy weather seems to lend itself to stories about trains, ones that snake their way through a forbidding wilderness. (See also: “Snowpiercer.”) In “Transsiberian,” two couples with troubled pasts meet on a train, speeding from China to Russia. The cramped spaces and the inhospitable outdoors create problems for these travelers, as they find it increasingly difficult to keep secrets from each other — or from the shady characters who are on their tail. The director Brad Anderson makes great use of some real Baltic locations, staging white-knuckle action sequences in places that look like the edge of the world.

Frigid winter landscapes also factor into the plot of “A Simple Plan,” a script adaptation by Scott B. Smith of his taut thriller novel and directed by Sam Raimi. Billy Bob Thornton and Bill Paxton play brothers who find a downed airplane and a sack of money in the Minnesota woods. Their previously placid lives are then violently disrupted as they try to figure out how to hold onto the cash. They quickly discover how hard it is to stay cool — so to speak — in a snow-covered small town, where each step leaves a mark, leading back to their door.

Stream it on Netflix; rent or buy it on Amazon Prime, Apple TV, Google Play, Vudu or YouTube.

Most of this leisurely western takes place indoors, at a remote Wyoming trading post, where an eclectic assemblage of outlaws and lawmen — many of them veterans of the Civil War — wait out a blizzard and stew over old beefs. An all-star cast (including Samuel L. Jackson, Bruce Dern, Tim Roth, Kurt Russell and an Oscar-nominated Jennifer Jason Leigh) makes the most of the writer-director Quentin Tarantino’s flavorfully vulgar dialogue, treating the material almost like a stage play. But Tarantino never lets the audience forget how harsh the conditions are outside, where the bitterly cold winds of a still-divided nation seep through the cracks in the walls.

Stream it on Disney+ or Netflix; rent or buy it on Amazon Prime, Apple TV, Google Play, Vudu or YouTube.

In the winter of 1980, millions of Americans cheered the U.S. Olympic hockey team as they skated to an improbable gold medal. “Miracle” dramatizes this inspiring victory, with Kurt Russell playing the coach, Herb Brooks, a thoughtful leader who convinced his players that if they put aside their old rivalries, fought through their aches and pains and played selflessly, they could beat anyone — even the dominant Soviets. The film’s director, Gavin O’Connor, emphasizes the story’s Cold War backdrop not so much for political reasons, but to remind viewers that the United States was in a bleak place back then, in need of a little uplift and warmth.