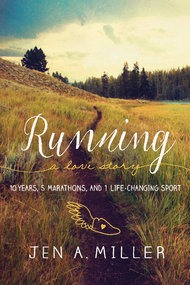 When I was 13 years old, Avalon, the shore town I’ve gone to every summer of my life, started a dredging project to widen the beaches. They took sand from the ocean floor and transferred it onto land. It worked, but it also kicked up seaweed. A lot of seaweed. I was determined to swim anyway, but it clung everywhere, catching in the crooks of my elbows, my knees, my hair. I tried to float over it on a boogie board, but it hooked onto the strap that connected the board to my wrist and weighed me down.

That first 5K in Medford came eight months into this mess. I had managed to eat enough to maintain that training, skating on the edge of eating too little to be too small, but I plunged over the edge soon after. I kept running after that 5K, but it was for him. I wanted to be as small as possible, and I saw running as a path toward that goal. I had a strength training routine down. I was in the weight room four days a week, lifting 20, 25, 30, 40, 50 pounds at low reps just like Steve said, but I still didn’t look like Jessica Alba from Sin City, who he had on a poster in his basement. “You can look like that,” he said one night as we played pool, Jessica staring down at me as I tried to sink the eight ball. (I didn’t. I scratched.)

If I do that, if I can look like that, I told myself, it’ll finally flip that switch in him, turn a relationship held together by spider webs into something solid and real. Running burned more calories an hour than any other cardio I could do in the gym. Running needed to be part of my life then so I could show Steve what I was willing to do for him. I didn’t enjoy the miles like I used to. Those days of bounding around Knight Park being serenaded by birds and kids and Little League games were gone. Now I was trapped in the run, like I was trapped with him, trying to use one as the means to an end with the other. 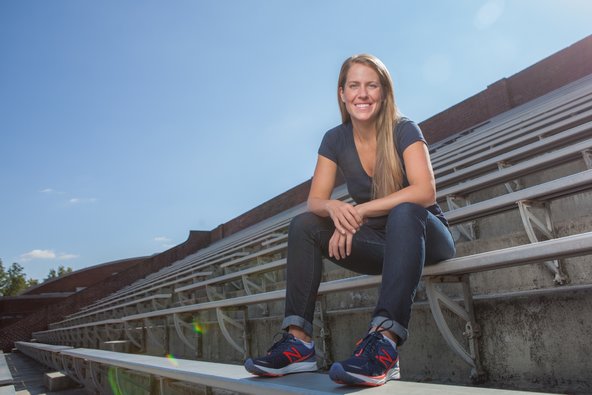 The more I drank, the more I smoked, the less I ate. I vowed to do better with my no-carb, no-fat diet: No more slip-ups. No more carbs at all. And if I did make a mistake — a plate of cheese-covered nachos when out with friends, Saturday sandwiches with Mom — I puked it back up. It wasn’t that different from throwing up after a long night of drinking, right? So what was wrong with getting rid of too much food?

On one cool morning six months before the end, when we hadn’t called or texted or emailed in nearly a week — a new record! — I went for a run. It was a gorgeous, clear day, the first one after the summer heat had finally broken. The world felt wiped clean. Maybe, I thought, that day could be a new start for me too.

I ran straight for Knight Park on my usual 3-mile route. I started feeling that strength again that I had found in training for the 5K, in moving my body forward, one step at a time. But one minute I was looking at the war memorial on the corner of the park and the next I was staring up at the concerned face of a mom and her 2-year-old.

“You O.K.?” she asked as her toddler yelled “Boo-boo! Booboo!” over and over again. “You just went down.” I was 115 pounds, a weight I hadn’t been since middle school.

“Oh, I’m O.K. I didn’t drink any water today,” I lied, and let her help me stand up. My vision started to fade again, so I held on to her shoulder.

“Let me drive you home,” she said.

“No, I’m O.K.,” I said, first to her, then to her son, whose eyes were now wide with terror. I played peek a boo with him until he smiled and offered me his binkie. My vision had stopped graying by then, and I shuffled home.

Excerpted from “Running: A Love Story” by Jen Miller. Available from Seal Press, a member of The Perseus Books Group. Copyright © 2016.