In a recent column, Jane E. Brody wrote about several people who had reinvented themselves. Some had changed their lives because they were no longer happy in their chosen careers, while others simply needed a change or were driven by a new-found passion.

We asked our readers to tell us how they had reinvented themselves. As usual their stories did not disappoint. Here are a few of our favorites, from a woman traveling the country as a volunteer to the late-in-life rabbi to the 70-year-old yoga instructor.

From Mailman to Teacher

Frank spends some time with one of his students.Credit

“Upon retiring from a 30-year career as a humble mailman, I began volunteering in my granddaughters’ school. I quickly found that I really, really liked working with kids, and I spent a year training with Americorps as a reading tutor for struggling students. This training has given me an encore career as a substitute special-education assistant in the public schools. It’s joyful, very challenging and immensely satisfying, maybe even rejuvenating. Compared with my old days, as Bob Dylan says, ‘I was so much older then, I’m younger than that now.’”

Ms. Traynor rides a water buffalo while volunteering at Heifer Ranch in Arkansas.Credit

“After a 45-year career as an administrative assistant, most of that time as a single parent, I would have loved to retire, but without adequate financial resources, what could I do? It it was time to be creative.

I received a call from friends saying they had found a a small college in Sitka, Alaska, where the administration welcomed volunteers, offering free room and board. I began to rethink retirement. After all, all I needed do was get there!

It was a full calendar year before I was ready. In July, 2005, I retired. Feeling like Joan of Arc, I drove out of my driveway on my way to Alaska and never looked back.

I found that I was welcomed by any organization I approached to help, that college in Alaska, Heifer Ranch in Arkansas, Menaul School in New Mexico, a wildlife refuge in Florida, plus many others. I have traveled the entire country on a fixed income, getting out and giving back, always receiving more than I contribute, making many new friends in the process.” 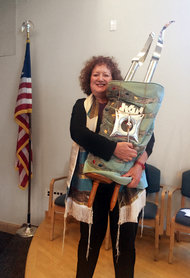 “After having a successful career as a screenwriter for 25 years, I decided to become a rabbi. I entered rabbinical school at age 54 and it took nine years for me to graduate. Today, at age 66 I am one of eight rabbis at Wilshire Boulevard Temple, the biggest and oldest synagogue in Los Angeles.”

The Lawyer Who Became a Chaplain

The chaplaincy work is intense, typically comforting patients and families whose lives have changed dramatically and precipitously. As a 70-year-old, I feel incredibly fortunate to be able to engage the world in this way.”

“In 2008, I graduated college with a degree in drama and boarded a plane to the Philippines as a cast member on the international tour of ‘Cinderella,’ the musical. While performing in Asia, however, the American economy was in the midst of a meltdown. So, by the start of 2009, I was back in New York City, a young, recently unemployed actress at the height of the financial crisis.

I dove deep into personal finance, learning as much as I could. I sat at the back of the show’s tour bus every evening, plugging my daily expenses into spreadsheets. I studied investment principles while taking the subway home after late-night restaurant shifts.
As I began to share the tips and tricks I had uncovered with peers, I stumbled upon an eager audience: Regular people were struggling to get a grasp on their money, lost in the jargon and obscurity of traditional financial institutions and media.

I now use my love of theater and storytelling to teach young audiences how to leverage the powerful tools of personal finance and entrepreneurship to build a life on their own terms. The messages of change, progress and gratitude I receive in reply are more gratifying than any curtain call or on-stage bow I’ve ever taken.”

Back to School at 53 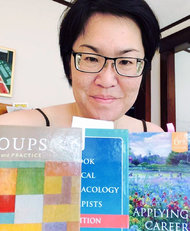 “After 14 years doing a combination of engineering, teaching English in China and social justice work, I decided to take stock of my life. I’m now 53 years old and in my second year of graduate school studying for a master’s degree in clinical mental health counseling.

Reading articles, writing papers and engaging with my much-younger peers has invigorated my mind and energized my desire for my soon-to-be new vocation. While many of my peers are trekking to work, I’m in my jeans and sneakers making my way to classes with plenty of caffeine and snacks as I plow through my coursework. Frankly, it’s hardly work to me. Rather, it’s just part of a journey of not only reinvention but rediscovery of who I am and what I care about. It’s taken me nearly 30 years but I’m getting there!”

I” retired from a job with the state of N.Y. about 15 years ago. At the time, I had been practicing yoga for about 20 years. I was offered an opportunity to teach at a senior center in the area and agreed to do it. I based my classes on what my teachers had been teaching me over the years. About seven years ago, I began training to be a yoga teacher at the age of 70. That was very challenging for someone who had taken her last college course many years earlier. I was the oldest person in my class to complete the training.

Today, I teach about five classes a week, some at my home where I have transformed my former dining room into a small studio. Most of my students are older and have some limitations physically and I try to accommodate my students’ needs. This ‘new’ career brings me great joy and satisfaction. I consider myself to be a very lucky woman!”

A New Career Working With Seniors

“After 25 years of working in financial services, I am now the executive director of an assisted living community. When the job market for financial executives became more challenging during the recession, I looked around for a back-up plan.