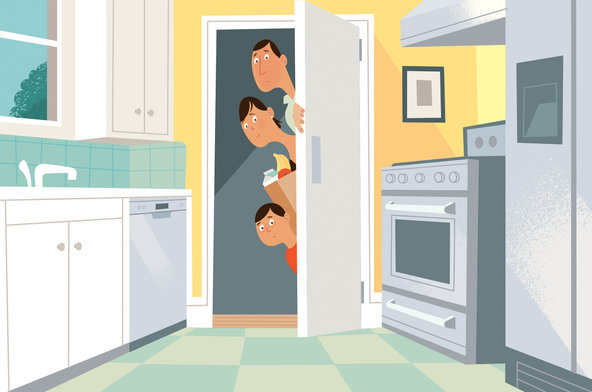 First the bad news: After decades of major progress in reducing deaths from diseases of the heart and blood vessels, the decline in cardiovascular mortality has slowed significantly, according to the latest report from the Centers for Disease Control and Prevention. The researchers called their findings alarming, suggesting that cardiovascular benefits from medical interventions may have reached a saturation point and that further improvements depend largely on changes in society and personal behavior.

These findings point to near stagnation in controlling cardiovascular diseases and deaths, Dr. Stephen Sidney and colleagues wrote. And, they noted, the reasons are not difficult to discern. Based on data from the latest National Health and Nutrition Examination Survey in 2011-12, Americans did better in controlling three major risk factors smoking, high blood pressure and elevated cholesterol, often with the help of medication but many more people became obese and developed Type 2 diabetes.

Furthermore, the national survey showed, the percentage of adults who in 2012 were consuming an ideal diet that could minimize life-threatening damage to blood vessels was near zero.

Its not that these grim data were unexpected. Four years ago, Dr. Richard J. Jackson, a professor and former chairman of environmental health sciences at the University of California, Los Angeles, predicted that the current generation of young Americans (those born since 1980) may be the first to live shorter lives than their parents.

Even earlier, in 2007, Dr. Earl S. Ford of the C.D.C. and Dr. Simon Capewell of the University of Liverpool wrote that unless measures were taken to transform the abhorrent risk factor profile that currently characterizes much of the U.S. population and dangerous trends were reversed, mortality rates among younger adults may represent the leading edge of a brewing storm.

Now for the good news: Neither medical innovations nor genetic interventions are needed to turn the tide on cardiovascular diseases and deaths and restore their once-significant declines. And the very same changes needed to improve cardiovascular health may also help prevent many common cancers, diabetes, arthritis, cognitive decline, depression and osteoporosis.

Dr. Donald M. Lloyd-Jones, a chief architect of a 2010 strategic plan to improve cardiovascular health, said: The whole may be greater than the sum of the parts. We shouldnt assume that chronic diseases automatically occur with aging. Living healthfully until we die is an achievable goal.

Dr. Lloyd-Jones, a cardiologist and preventive medicine specialist at the Northwestern University Feinberg School of Medicine in Chicago, chaired an American Heart Association committee of experts that adopted the recommended changes. Instead of focusing on the negative, the plan aims to achieve ideal cardiovascular health through ideal health behaviors and ideal health factors.

But current trends project at best a 6 percent improvement.

Still, he has not given up hope for a better result.

Now for the details. First and foremost, quit smoking or never start. Heart risks drop significantly within a year of quitting and eventually reach those of a nonsmoker.

Exercise should be part of your daily routine, like brushing your teeth. I do a combination of moderate and vigorous exercise every day. It energizes me and helps me control my weight without having to watch every calorie.

As for diet, the committee recommended focusing on foods, not nutrients. (As Dr. Lloyd-Jones put it, We dont eat nutrients.) It refrained from suggesting how many calories people should eat, since caloric needs vary tremendously based on an individuals basal metabolic rate, body size, lean body mass and physical activity.

Rather, it suggested a version of the DASH diet (for Dietary Approaches to Stop Hypertension) that was successfully tested by the National Heart, Lung and Blood Institute. It calls for four and a half or more cups of fruits and vegetables a day; two or more 3.5-ounce servings of fish each week; three ounces of fiber-rich whole grains a day; at most 36 ounces of sugar-sweetened drinks (less than 450 calories, or the equivalent in other sweets) a week; four or more weekly servings of nuts, legumes and seeds; and no more than two servings a week of processed meats.

At the same time, limit saturated fats to less than 7 percent of total calories and daily sodium to 1,500 milligrams for people with high blood pressure and no more than 2,300 milligrams (or one teaspoon of salt) for everyone else. Currently, Americans consume an average of 3,500 milligrams of sodium a day, most of it from processed and restaurant foods.

Which brings me to a final recommendation of my own: Rediscover your kitchen. No matter how busy you are, finding time to prepare healthy foods for yourself and your family should be a top priority.