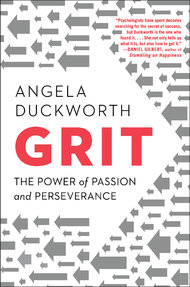 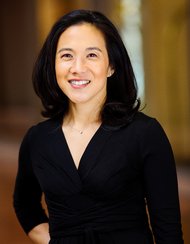 The rule at the “grit” expert Angela Duckworth’s house? You can quit. But you can’t quit on a hard day.

Few parents who pick up Angela Duckworth’s book “Grit: The Power of Passion and Perseverance,” will be thinking about raising a quitter.

But Dr. Duckworth, an assistant professor of psychology at the University of Pennsylvania, has some unexpected advice.

“Quitting is essential, especially when you’re young,” said Dr. Duckworth, who was named a MacArthur “genius” in 2013 for her development of the concept of “grit”— the combination of determination and direction that drives some people to constantly work, improve and achieve. “It’s counterintuitive, especially for parents looking for an affirmation that discipline and hard work are what matters — but interests come first.”

Very young kids, she says, should be allowed to explore, even if that means abandoning projects and even practices.

The reason it’s sometimes all right to let a child quit, Dr. Duckworth said, is that the predecessor to developing grit is the kind of play that leads to passion. Parents shouldn’t be discouraged by those early starts and stops. “Kids don’t work hard on things they don’t care about,” she says.

“A child in elementary school should be able to stick with things for more than a few weeks,” she said. A middle-school-age child should be able to do a full year or season, and once a child is in high school, research suggests that spending more than a year or a single season on an activity is important. “It’s important to experience what it’s like to come back,” she said, and to see how you improve with experience and how things change as coaches or advisers change.

Still, even for an older child, there are times when quitting is the right choice. Another season of a sport comes at a cost: less time to try something new. There are also times when that urge to quit comes from frustration or fear, or even a sort of inertia. The mother of the world-record-holding sprinter Usain Bolt probably doesn’t regret pulling him away from video games to insist that he go to track practice.

So how does a parent know when to demand that a child keep going, and when to support a decision to stop?

In Dr. Duckworth’s house, there’s a rule, she said. “You can’t quit on a hard day.” You play in the rain, you return to class after a scolding from a teacher, you pick up the instrument again until that hard passage has become easy.

“Parents know what a kid doesn’t know,” Dr. Duckworth said. “For a kid, it’s irrational to keep going when they’re discouraged. Parents know that everyone feels that way.”

Dr. Duckworth is quick to note that her book is not a parenting manual. It’s an exploration of the sometimes surprising ways hard work, passion and perseverance matter more than talent, a reminder that what observers sometimes see as the overnight success of the incredibly gifted, particularly in the realm of athletics, is really the product of drive as well as ability, and a discussion of how all of us — not just children — can grow our “grit” throughout our lives.

Instilling grit in your child requires a combination of being demanding and supportive, said Dr. Duckworth. “You need to push your kids a little bit, but they also need to know that they’re supported.”

Second, parents need to “model” grit. Talk about the challenges you face now, or have faced in the past, and how you persisted. Tell family stories about the ways your clan just doesn’t quit.

And never discount the importance of fun. Children should be allowed to try the things they gravitate toward, and those sometimes don’t appear until a child has had time to explore and understand what makes him or her happy. Dr. Duckworth tells the story of a talented young swimmer explaining why he wanted to switch to rowing — he “really wanted to be outside.”

There’s a process, she said, of “learning what rings your bell.”