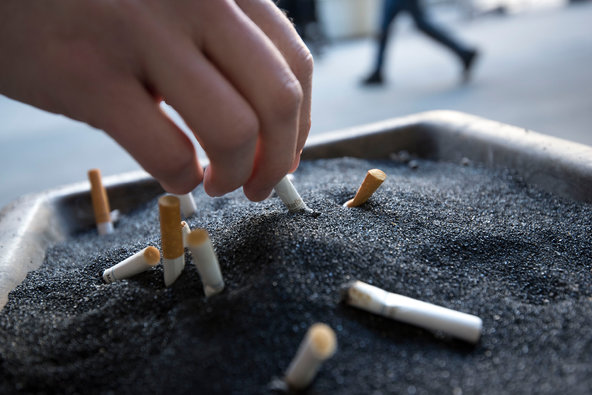 Some people try to quit smoking gradually, cutting down the number of cigarettes they smoke each day. But a new clinical trial concludes they would be better off picking a day to stop and quitting cold.

British researchers recruited 697 people who smoked the equivalent of at least 15 cigarettes a day. All had agreed to quit within two weeks after enrolling in the study.

During these two weeks, half the group cut down on smoking gradually, reducing the number of cigarettes and using nicotine patches and other forms of nicotine replacement therapy. The others continued to smoke as usual and then quit abruptly after two weeks, using replacement therapy as needed. The study is in Annals of Internal Medicine.

“Our results should be particularly useful for those who want to quit and have no strong feelings about how they want to do it,” said the lead author, Nicola Lindson-Hawley, a psychologist at the University of Oxford. “For them, the best approach is abrupt quitting. Still, 40 percent were successful in the reduction group, and this is better than we would expect if people received no support at all.”