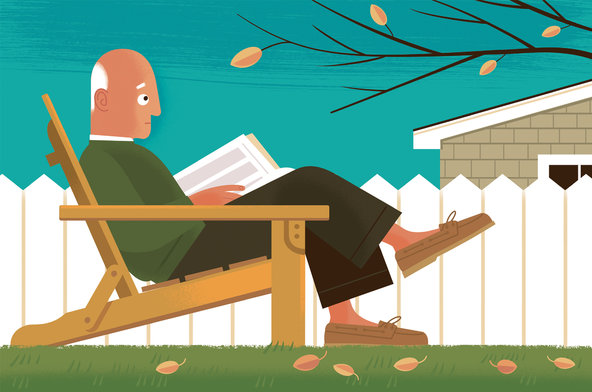 Given their druthers, most people would opt for a long and healthy life. Few relish the idea of spending years, even decades, incapacitated by illness, dependent on caregivers and unable to enjoy the people, places and activities that make life worth living.

In 1980, Dr. James F. Fries, a Stanford University physician who studied chronic disease and aging, proposed that a “compression of morbidity” would enable most people to remain healthy until a certain age, perhaps 85, then die naturally or after only a brief illness.

Now, a prescient group of experts on aging envisions a route to realizing Dr. Fries’s proposal: one or more drugs that can slow the rate of aging and the development of the costly, debilitating chronic ailments that typically accompany it. If successful, not only would their approach make healthy longevity a reality for many more people, but it could also save money. They say that even a 20 percent cut in how fast people age could save more than $7 trillion over the next half-century in the United States alone.

“Aging is by far the best predictor of whether people will develop a chronic disease like atherosclerotic heart disease, stroke, cancer, dementia or osteoarthritis,” Dr. James L. Kirkland, director of the Kogod Center on Aging at the Mayo Clinic, said in an interview. “Aging way outstrips all other risk factors.”

He and fellow researchers, who call themselves “geroscientists,” are hardly hucksters hawking magic elixirs to extend life. Rather, they are university scientists joined together by the American Federation for Aging Research to promote a new approach to healthier aging, which may — or may not — be accompanied by a longer life. They plan to test one or more substances that have already been studied in animals, and which show initial promise in people, in hopes of finding one that will keep more of us healthier longer.

As Dr. Kirkland wrote in a new book, “Aging: The Longevity Dividend”: “By targeting fundamental aging processes, it may be possible to delay, prevent, alleviate or treat the major age-related chronic disorders as a group instead of one at a time.”

His colleague S. Jay Olshansky, a gerontology specialist in the School of Public Health at the University of Illinois in Chicago, said it is often counterproductive to treat one disease at a time. Preventing cardiac death, for example, can leave a person vulnerable to cancer or dementia, he explained.

A better approach, Dr. Kirkland said, would be to target the processes fundamental to aging that underlie all age-related chronic diseases: chronic low-grade inflammation unrelated to infection; cellular degradation; damage to major molecules like DNA, proteins and sugars; and failure of stem cells and other progenitor cells to function properly.

The team, which includes Dr. Nir Barzilai, director of the Institute for Aging Research at Albert Einstein College of Medicine in The Bronx, and Steven N. Austad, who heads the biology department at the University of Alabama at Birmingham, plans to study one promising compound, a generic drug called metformin already widely used in people with Type 2 diabetes. They will test the drug in a placebo-controlled trial involving 3,000 elderly people to see if it will delay the development or progression of a variety of age-related ailments, including heart disease, cancer and dementia. Their job now is to raise the $50 million or so needed to conduct the study for the five years they expect it will take to determine whether the concept has merit.

The project represents a radical departure from ordinary drug studies that test treatments for single diseases. However, the group, spearheaded by Dr. Barzilai, said the Food and Drug Administration has endorsed their idea to test a single substance for effectiveness against a range of ailments.

“If metformin turns out not to work, there are several other substances in the pipeline that could be tried,” Dr. Barzilai said. “Under the auspices of the National Institute on Aging, three research centers have tested 16 substances in different animal models and got incredible results with four of them.”

Green tea, one of those tested, bestowed no health or life span benefits, despite its popularity. But the drug rapamycin, an immune modulator used following organ transplants, was most effective among those tested, Dr. Barzilai said.

The team is starting with metformin because it is a cheap oral drug — costing about two cents a pill — with six decades of safe use in people throughout the world. Among those with Type 2 diabetes who have taken it for years, there is evidence suggesting that, in addition to diabetes, it protects against cardiovascular disease, cancer and possibly cognitive impairment, Dr. Kirkland said, adding that “it targets the fundamental processes of aging, which tend to be linked.”

Dr. Barzilai said, “Our goal is to establish the principle of using a drug, or two in combination, to extend health span. The best we can expect from metformin is two or three additional years of healthy aging. But the next generation of drugs will be much more potent.”

Dr. Barzilai is already conducting a complementary study of centenarians, the results of which could identify more drugs to delay age-related diseases. He and colleagues are isolating genes that appear to keep these long-lived men and women healthy for 20 to 30 years longer than other people and shorten the length of illness at life’s end. Several studies have already found that individuals with exceptional longevity experience a compression of morbidity and spend a smaller percentage of their life being ill, Dr. Barzilai and his colleague Dr. Sofiya Milman wrote in the “Aging” book.

By analyzing the action of genes that extend health span, “it should be possible to devise drugs that mimic the genes’ effects,” he said. Two such gene-based drugs that show early promise against age-related diseases are already being tested.

But until definitive studies are completed and substances are shown to be safe as well as effective in prolonging health, Dr. Olshansky cautioned against dosing oneself prematurely with widely touted substances like resveratrol, the antioxidant found in red grapes and wine, or growth hormone.

Consumers must exercise caution, he warned, because “there’s an entire industry out there trying to market the products we’re testing before they are adequately evaluated.”

He also emphasized that taking a drug found to ward off age-related ills is not a license to abandon a healthy lifestyle. Doing so “could completely negate the benefit of a compound that slows aging,” he said.