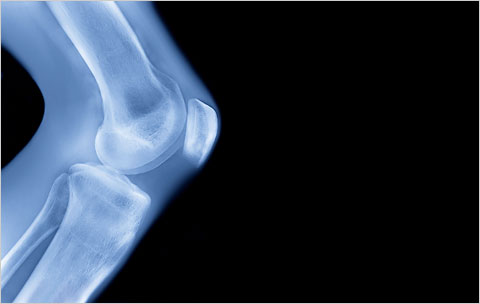 Earlier this year, researchers at Cincinnati Children’s Hospital published the most detailed and revealing case study to date of an anterior cruciate ligament rupture waiting to happen in a young girl. The study grew out of the researchers’ ongoing, large-scale examination of ACL-tear risk factors, which had enrolled hundreds of young, female athletes, measured and monitored them, and assigned some to prevention training programs. The girl in the case report hadn’t received training. She was 11 when she joined the study, a small, skinny, prepubescent basketball player. Each year, the researchers noted her height, weight, joint looseness, muscle strength, and biomechanics, using sophisticated motion-capture technology to study how she leaped and landed. At each session, as might have been expected, she’d lengthened, developing coltish legs and a slight but noticeable tendency to wobble and land knock-kneed when she hopped off of a box.

At age 14, charging down the line during a game, she felt her knee pop and collapse. Her ACL had ripped.

ACL tears, especially in young female athletes, have hardly lacked for notice in recent years, including in this newspaper.

Scientists have argued about the injury’s causes and best treatments. Different exercise programs have aimed at prevention. But despite the attention and training, “the incidence of ACL tears hasn’t been
declining,” says Scott McLean, PhD, assistant professor in the School of Kinesiology at the University of Michigan and a member of Michigan’s Bone and Joint Injury Prevention and Rehabilitation Center.

In part, he and many other researchers agree, this is because no scientist yet has pinned down just what causes most ACL injuries. There are theories, including the possibility that women’s knee anatomy is to blame. “Orthopedic surgeons insist that the problem is the ‘Q’ angle at women’s knees,” says Timothy Hewett, PhD, a professor of pediatrics and orthopedic surgery at the University of Cincinnati and the Cincinnati Children’s Hospital and the lead investigator of the girl’s case study. “They think the problem begins because women’s hips are wider” than men’s. Other researchers have looked at the role of female hormones on tendon looseness in the knee.

But in the past few months, and just in time for the start of fall sports seasons, several new studies have been published that look at ACL tears in novel and provocative ways, focusing not just on the
structure of the knee but on the role of the rest of the body. Perhaps the most ambitious was led, like the case report, by Hewett and colleagues at Cincinnati Children’s Hospital. They solicited videos from
surgeons and coaches showing the exact moment when athletes, male and female, suffered an ACL tear. They also gathered videos of female basketball players performing similar movements — foot plants, pivots, and so on — without tearing their ACLs. Using computer software, they marked and triangulated exactly how the athletes were positioned. What they found, according to the results made available online in April in the British Journal of Sports Medicine, was that young women whose ACLs had popped exhibited more trunk sway than the men or the uninjured women; when they landed, or planted a knee to switch directions, their upper bodies wobbled to one side. This placed great pressure on their planted knee, collapsing it inward and overloading the ACL. “Our research suggests that the issue in injured female athletes,” Hewett says, “is a lack of high-level ability to control deceleration and acceleration at the center of their mass in three-dimensional space.”

In other words, they don’t adequately steady their upper bodies as they move. Typically, he says, the problem blossoms in puberty. “Prepubescent athletes move alike, boys and girls,” Hewett says. But then, although maturing girls sprout in height, they add comparatively little strength, unlike boys. “Their center of mass moves higher and they add weight, but not the power to control it,” he says. They’ve primed themselves for knee damage.

Happily, if Hewett’s theory holds, they can train away some of that risk. Specific exercise programs that target strength and balance or proprioceptive deficiencies could “reduce female athletes’ risks until they’re almost comparable” to the risks for male athletes, Hewett says. Parents and coaches can begin with a few, simple, at-home diagnostics to find girls who are most at risk, he says. Set up a foot-high box. Have the athlete stand on it and hop down lightly, then immediately leap straight up as high as she can and land back on the ground. Watch closely or videotape her. Did her knees move toward each
other as she landed the first time? Did they seem to collapse inward as she exploded back up? Did she lean forward or to the side as she landed back on the ground? Those are each probable hallmarks of high
risk, Hewett says.

Hewett hopes to have more support for his theory after he tabulates the results of an ongoing intervention he’s begun among schoolchildren in Kentucky. Some of the participants are being taught how to balance and control their midsections with exercises that concentrate on core muscle stability, one-leg balance training, and so on. Others are participating in a more-standard, ACL-injury-prevention program of strength and speed training. “We think that the group” receiving trunk management
instruction “will have fewer ACL injuries,” he says. The final tallies won’t be available for several years, however.

In the meantime, McLean, at the University of Michigan wonders whether all of the current theories about ACL injuries in girls are reductionist. For a study made available online in May in the journal The Knee, he attached ACL-damaged knees from male and female cadavers to a machine that applied loads similar to those experienced during various athletic movements and found that, “really, no two knees respond alike,” he says. Some ACLs from male cadavers readily tore; some from women held fast under every tension. “I think we need to move away from this tight focus on gender-based and rather generic risk factors,” he says, “and start finding ways to make our recommendations specific to each person.” At his lab, he tests boys and girls, beginning at age ten, on measures of strength, balance, bodily proprioception, and so on. “The ideal situation,” he says, “is for parents to bring young athletes to a lab, run them through the tests, and send them home with a personalized prescription for how to reduce their individual risk.”

Since that’s not practical for most young athletes outside of university towns, he agrees that some basic principles make sense, and are in line with Hewett’s prescriptions. “Teach kids, boys and girls, to land softly,” McLean says. “Teach them to control their trunks and work on body alignment.” And start early. “Don’t wait until high school,” Hewett says. “Begin when kids are 11 or 12.”